Along The Way… Hanging in Whitesburg

May 18, 2011  •  Leave a Comment
On Monday I traveled to Whitesburg and different parts of Letcher County, working on a story for the Associated Press on water quality, or I should say…lack thereof. I’ll leave the politics of the situation to the story’s author. Instead, I’d rather talk about the uniqueness of Whitesburg and its surrounding communities. First of all, for those of us who grew up in Powell County, we never strayed too far from Highway 15. The city of Whitesburg takes Highway 15 and twists it like a pretzel. I’m no highway engineer, but technically I know that odd numbered roads typically run north and south, and even numbered roads run east and west. Within the small city limits of Whitesburg, Highway 15 goes all four directions and has the signs to prove it. Also within the city, the northern fork of the Kentucky River crisscrosses under several bridges.

At the turn of the other century (the 1900s) there were a number of Italian immigrants who settled in Whitesburg to work in the coal mines and on the railroads that first opened a very isolated Eastern Kentucky. Although they were there for other reasons, they left their mark on the city’s architecture. Many of the old houses and buildings look as if they were lifted out of Italy. One building in particular was built right on the river, reminiscent of Venice.

Along the way (no pun intended) yesterday, I found a city that has come and gone with coal, but is still working hard to maintain its identity. 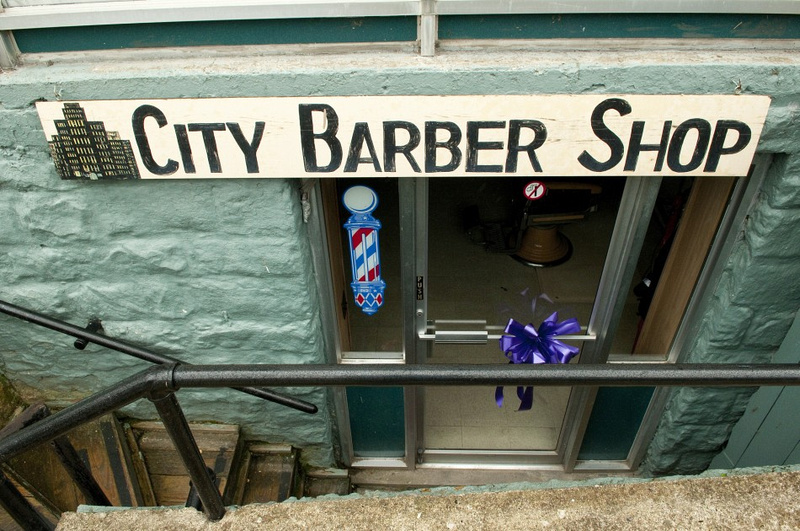 A barbershop in downtown Whitesburg 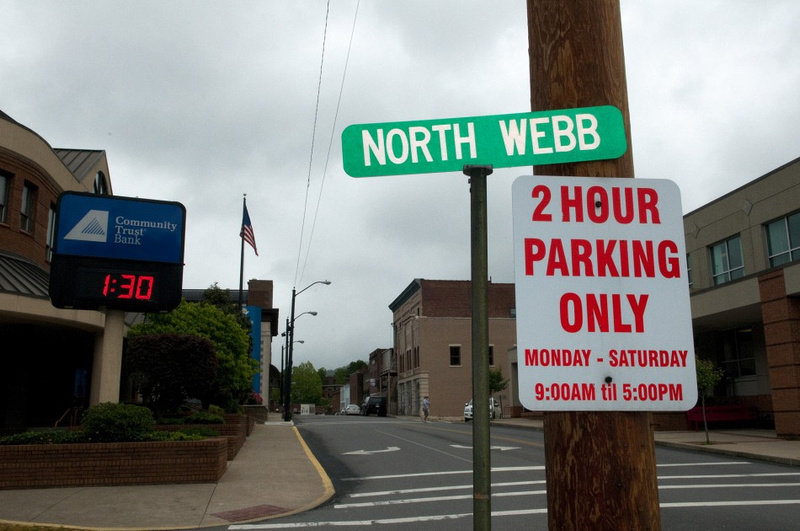 I even found a sign with name on it. 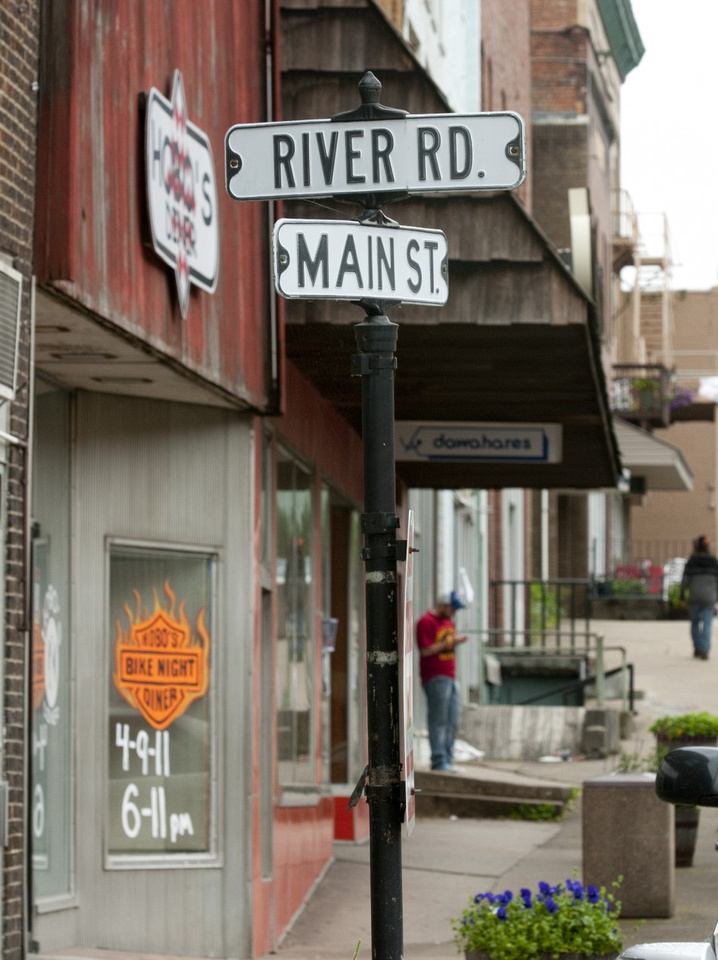 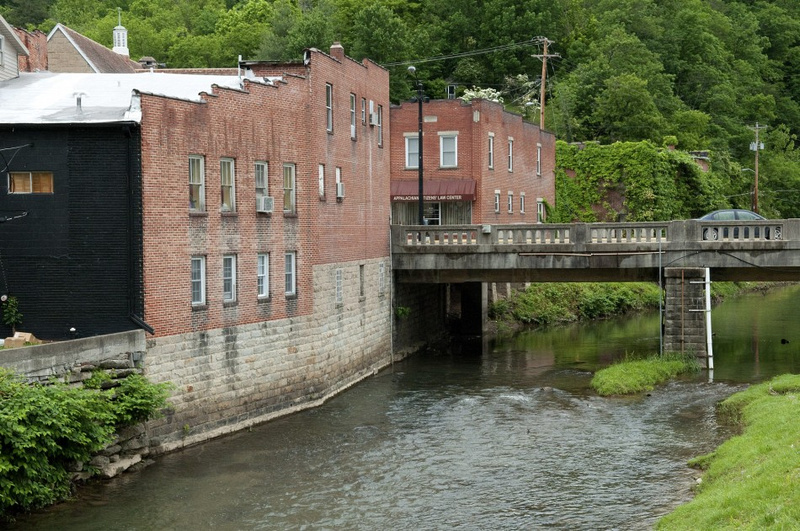 Italian stone workers who came with the railroad in the early 1900s left their mark on Whitesburg's architecture. 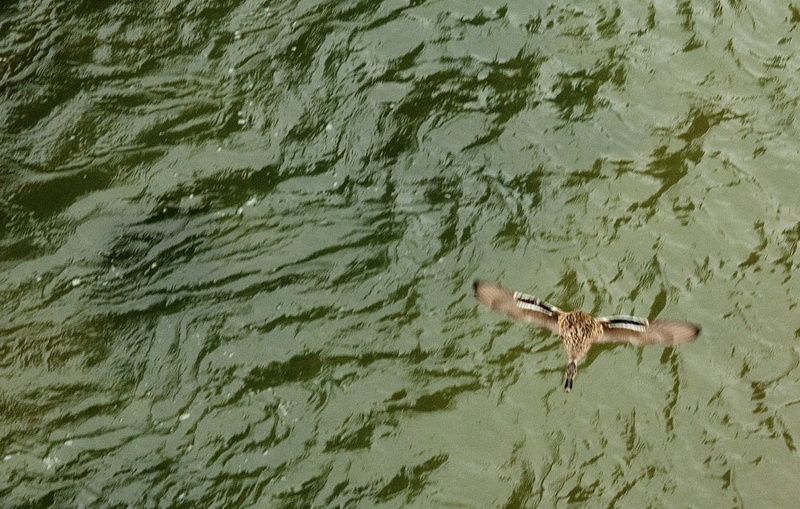 A duck flies up stream over the headwaters of the Kentucky River.