Welcome to the Webbpage Blog. Home of Tim Webb Photography. Here is where you can see what really goes on in my life. Enjoy!

If you keep up with my photo blog then you know that I've been chasing my 75th cover photo with Kentucky Living Magazine the past few years. I got to number 60 in April of 2018. Honestly, I thought it would take longer to get here, just because I never know and have no control over the magazine's production schedule. Number 75 is a great story about a Korean War Veteran named Joe Graber from Somerset. It was perfect a blue-sky day with a veteran in uniform at a national cemetery! I couldn't have scripted it any better.

I have no idea of how many total stories I've shot for Kentucky Living over the years, other than a lot, because most weren't cover stories. Just know, there's something special about a cover photo! And as I count the 75, I'm not including those from the Washington Youth Tour, because I've done several hundred of those covers since 2009, and they're in their own little category. The 75 are true statewide covers, with the first one coming in July 1992.

It came from an article that I wrote for Dr. Liz Hansen's Magazine Writing class at Eastern Kentucky University in the fall of 1991, about a volunteer rescue team in the Red River Gorge in my home of Powell County. Then Kentucky Living editor Gary Luhr spoke to our class one day that fall and Dr. Hansen suggested that I pitch my story him. After class, I stood in the back of the room on shaky knees and gave him my spill as a college student who didn't have a lot of confidence at the time. I wish I knew the date because I'm a historian at heart and it turned out to be such a milestone in my life. Gary liked it and told me he would pay me $200 for the story and photos...if I could provide them. I was thinking, "Well hell-yeah I can provide photos!" I was scared to death a few weeks later as I repelled over a cliff in the Red River Gorge to the get said photos, but I wasn't going to pass up my big opportunity to get published in a real-live magazine.

And the rest is history.

We did the shoot early in the spring of 1992 and the magazine cover ran a few months later in July 1992. I was on Cloud 9 when the magazine came in the mail. Along with my parents, I showed it to anyone who would look at it! Forget the $200. I was actually published in a magazine. My dreams had come true! Later that summer, I put the $200 toward my wife's engagement ring.

I photographed several more stories for Kentucky Living in the early 1990s, but it wasn't until I had given my notice and was resigning my job as University Photographer at EKU in December 2003 that the magazine's current editor called me out of the blue. His name was Paul Wesslund. It truly was a God-moment because I knew in my heart that it was time for me to leave EKU, as great as it had been, but I had no earthly idea how I was going to make a living as a freelance photographer and support my family of a wife and three kids. So when Paul called and asked me to shoot a cover story on the All-A Classic basketball tournament that was held annually at EKU, I did a little happy dance while I was talking to him on the phone, trying to maintain a sense of coolness and calm. Even though my insides were turning to jelly, I still had to maintain a sense of professionalism, HA!

Paul Wesslund has since moved on to the greener pastures of retirement, but I can honestly say that the staff of Kentucky Living, at any point of my tenure with them has always set the bar for journalistic excellence. The irony of that is, technically, they're a PR magazine, but they have always been the epitome of sound community journalism and cutting-edge design. Editor Anita Travis, Managing Editor Shannon Brock, and their three designers, Katy Hurt, Kacey Harmeling, and Jessica Hawkins continue to set the bar so high!

Who knows. Maybe I'm making too much out of all of this. Maybe if I'm lucky I'll make it to 100 cover photos someday. One of my mentors is the great Annie Lebovitz, who spent her career churning out cover photos for Rolling Stone and Vanity Fair. If I had studied algebra in high school the way I've studied the photographic work of Annie Lebovitz I'd be a freaking rocket scientist! I'm no Annie Lebovitz. But I'll always appreciate the importance of a good cover photo. 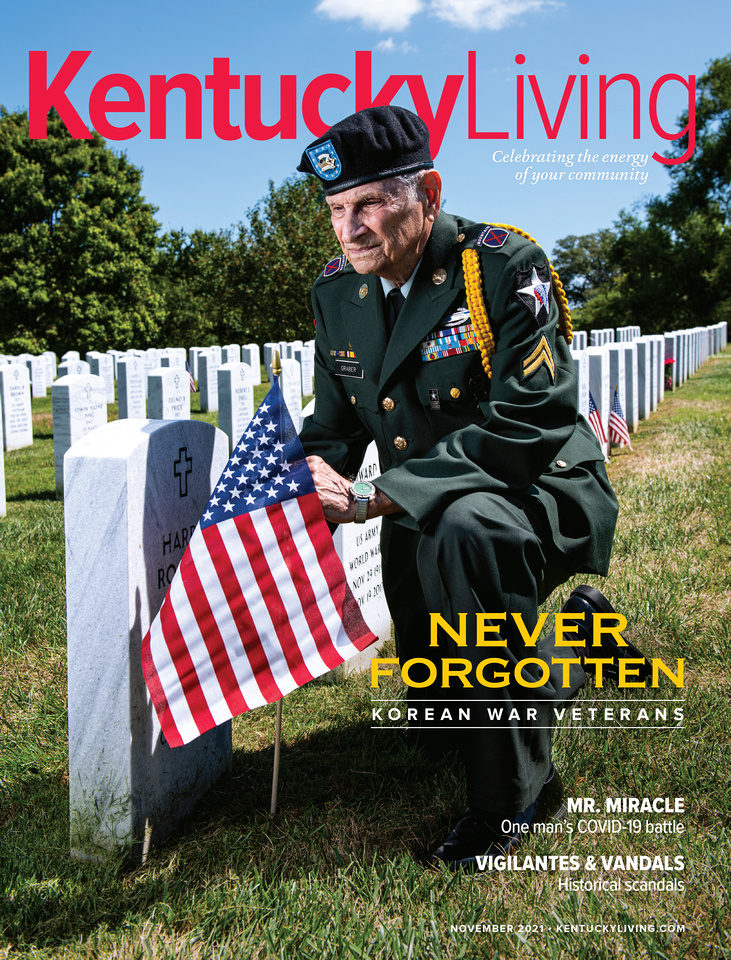 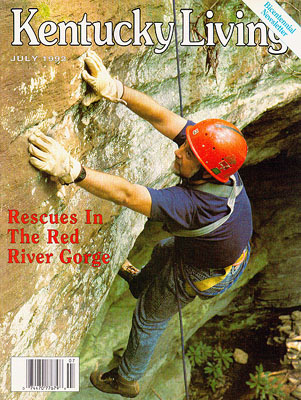 The Year of the Curly Horse

It has been a good year for the Curly Horse photo that I took in Lawrenceburg in February of 2020. I won another national award with it, as well as the service dog photos from Maysville, December of 2020. I shot both of these stories for Kentucky Living Magazine, and won the awards of Best Portrait Photo and Best Photo Essay with the National Rural Electric Cooperative Association. I know that contests can be subjective but it's always nice to be recognized for your work, especially outside of the state of Kentucky. 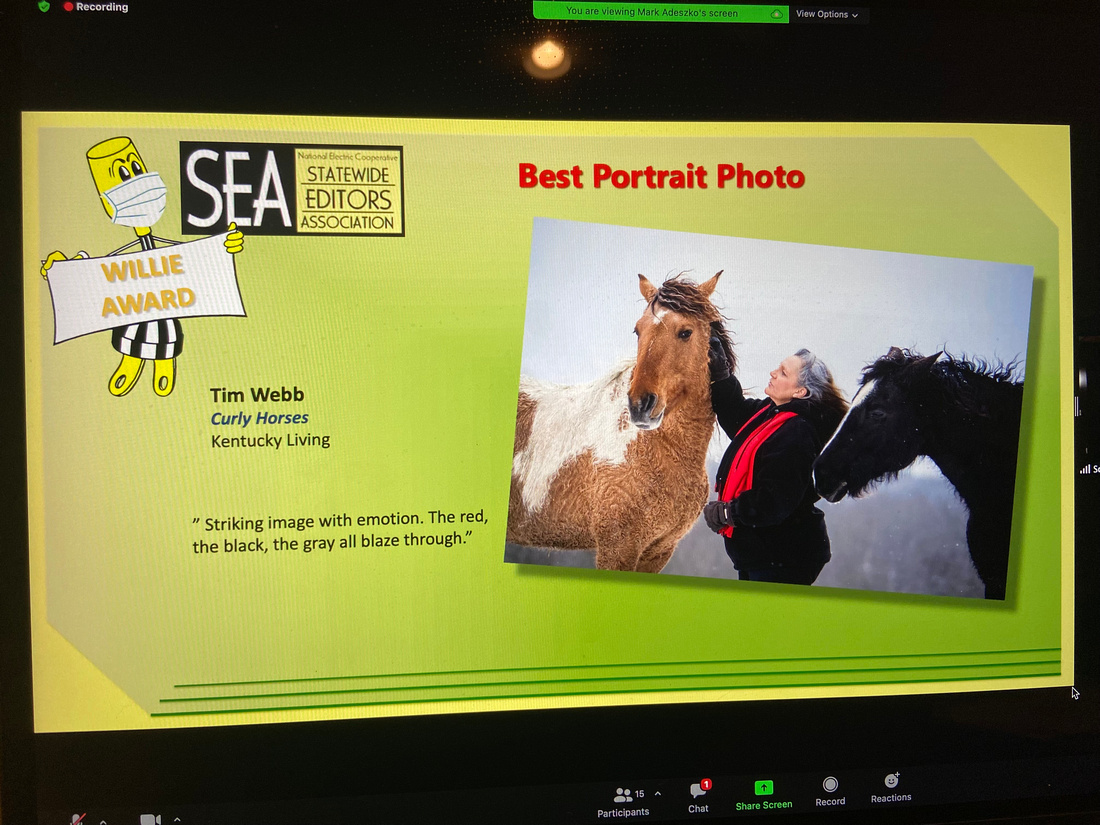 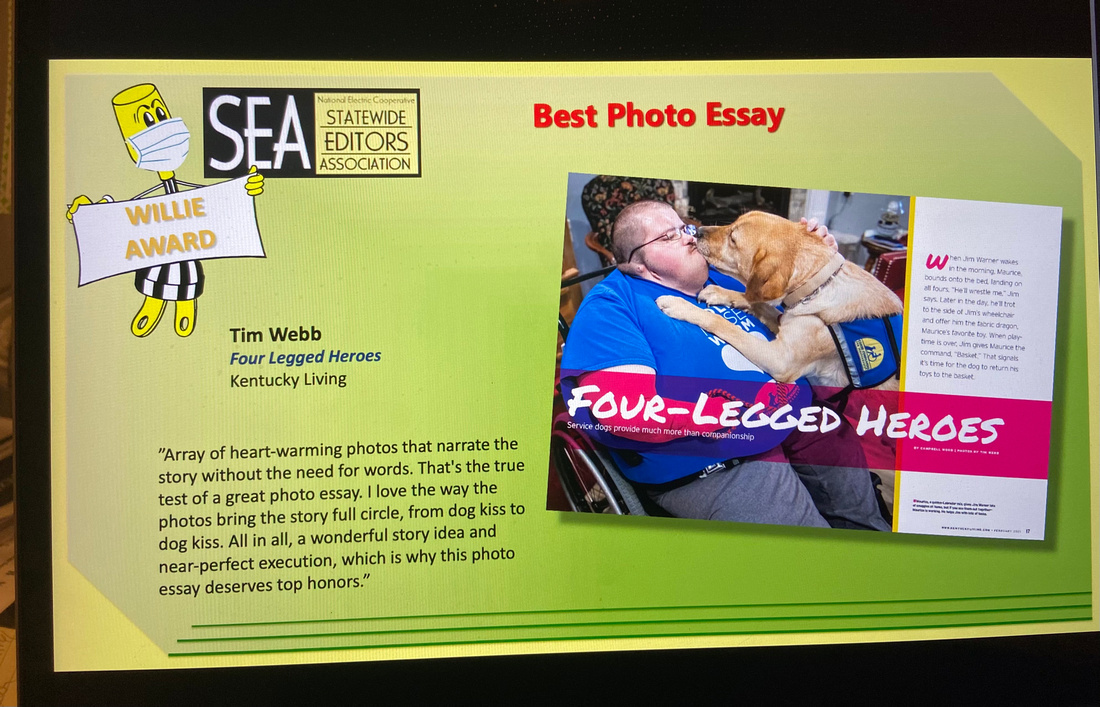 I’m pretty sure my Dad is somewhere up in Heaven today hanging out with Princess Diana, talking about how they both left this earth on August 31st. It’s hard to believe that it’s been a year since he passed. I said it last year and I’ll say it again this year, life is temporary and life is fragile, but life does go on…with or without us.

We were truly blessed to have him in our lives for 73 years. I took this photo of his shadow a few months before he died on one of his last visits to my house in Richmond. I knew exactly what I was doing when I took it because I knew the inevitable was somewhere close in front of us. But I had no idea until after he died just how big that shadow really was. I miss you Dad. 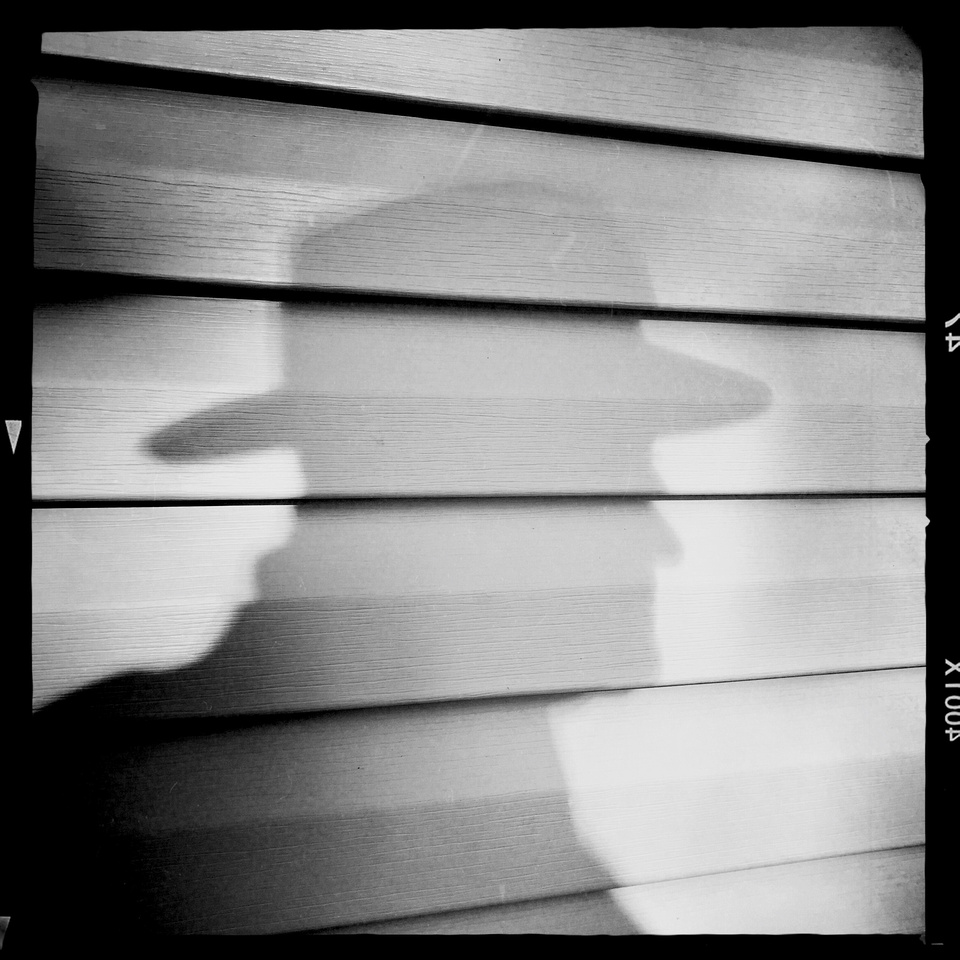 Not Puking With Officer Don

I love the adventure of doing aerial photos from a helicopter, especially when it's done right with the door off. But usually, for me, that adventure comes at a price. Looking down through a camera lens while the pilot is turning and banking usually sends my head one way and my stomach the other way. Pilots have had to make a quick trip to the ground more than once for me to get off and puke! The last time was in a cow pasture somewhere near Boonesboro. And to make matters worse, as I run out of the chopper with my head down, I get to breath in a nice ration of fuel fumes from the engine, which makes it even worse.

I got to go up recently and do some shots of downtown Lexington with Officer Don. He was a super nice guy. It was the only time that I've never gotten sick, which means he was either a really good pilot or I'm getting better at it. Or both. 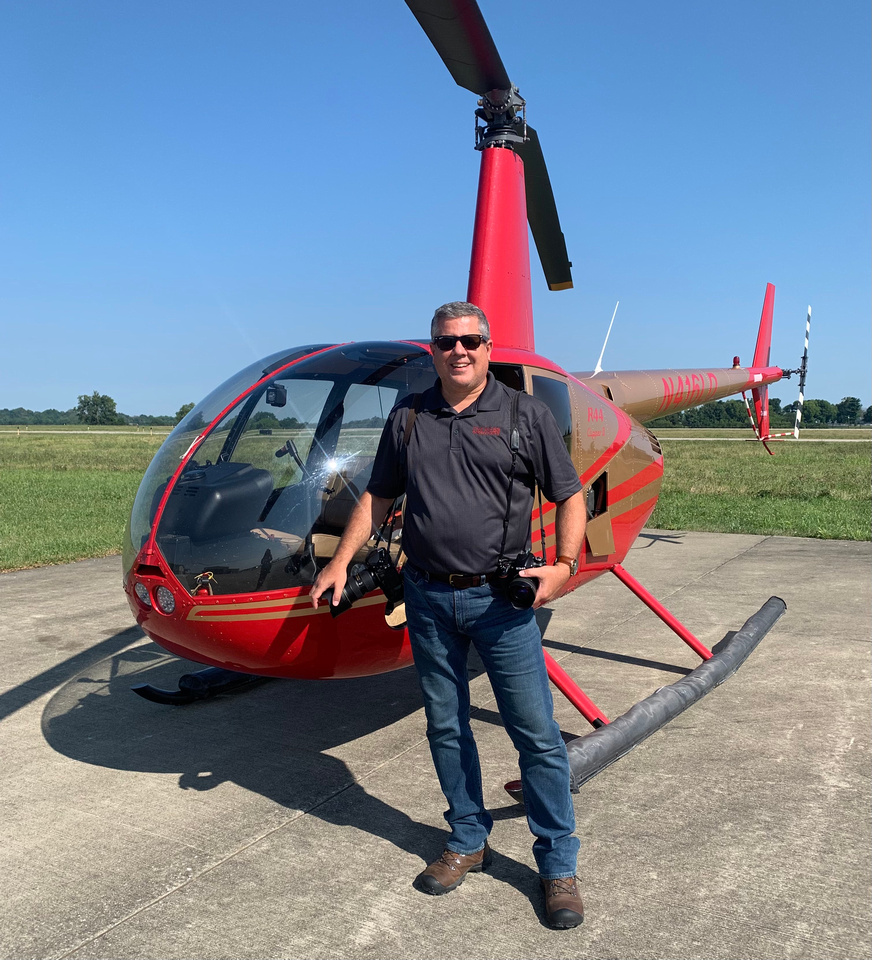 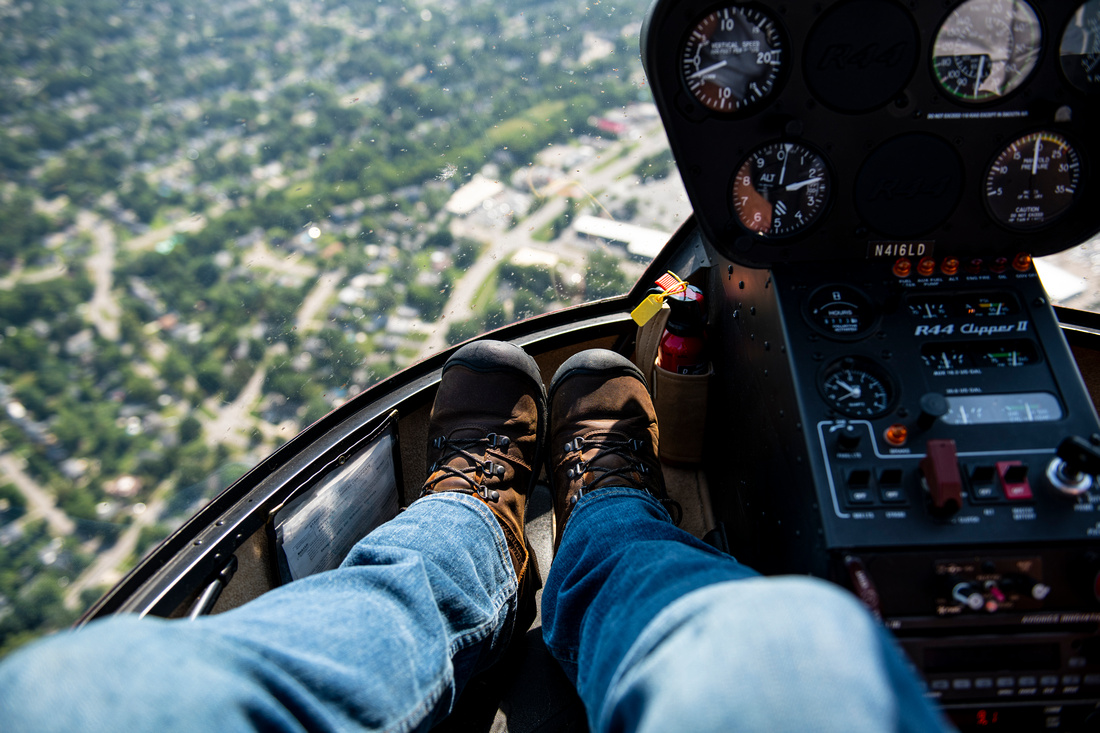 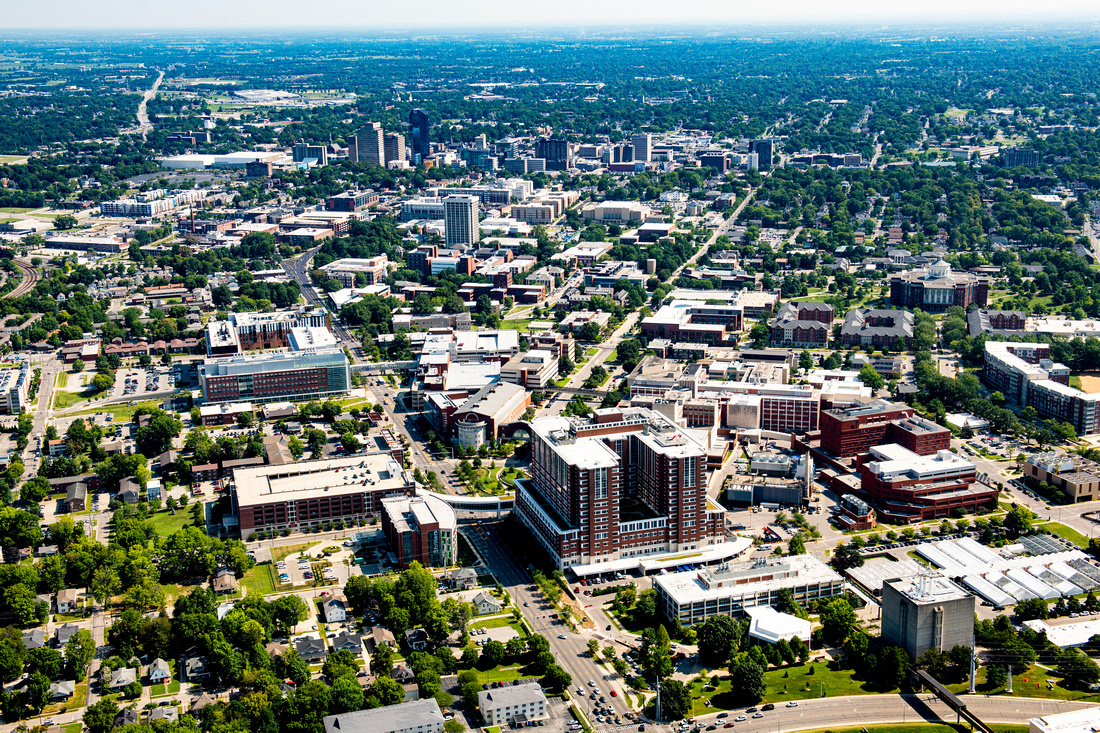 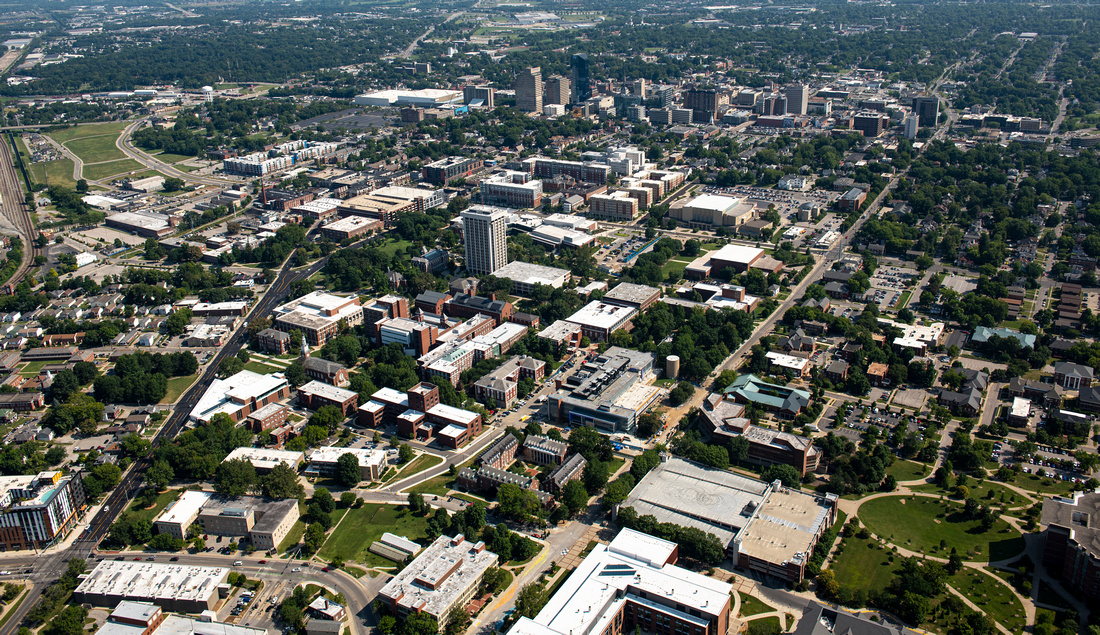 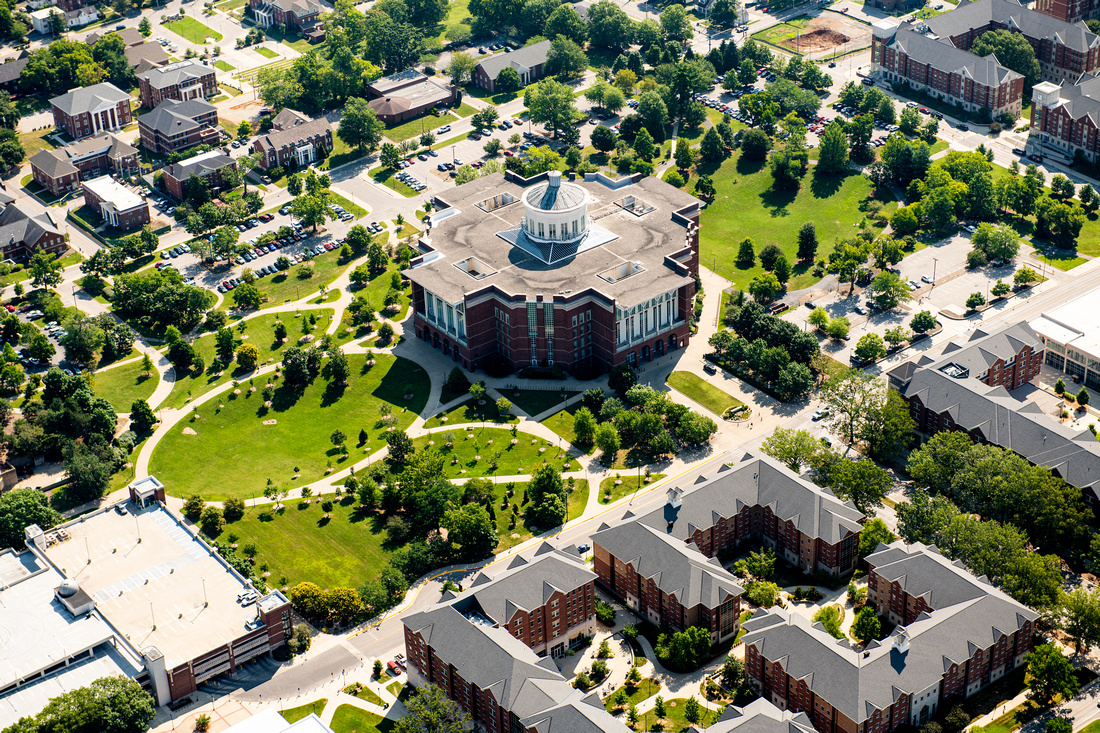 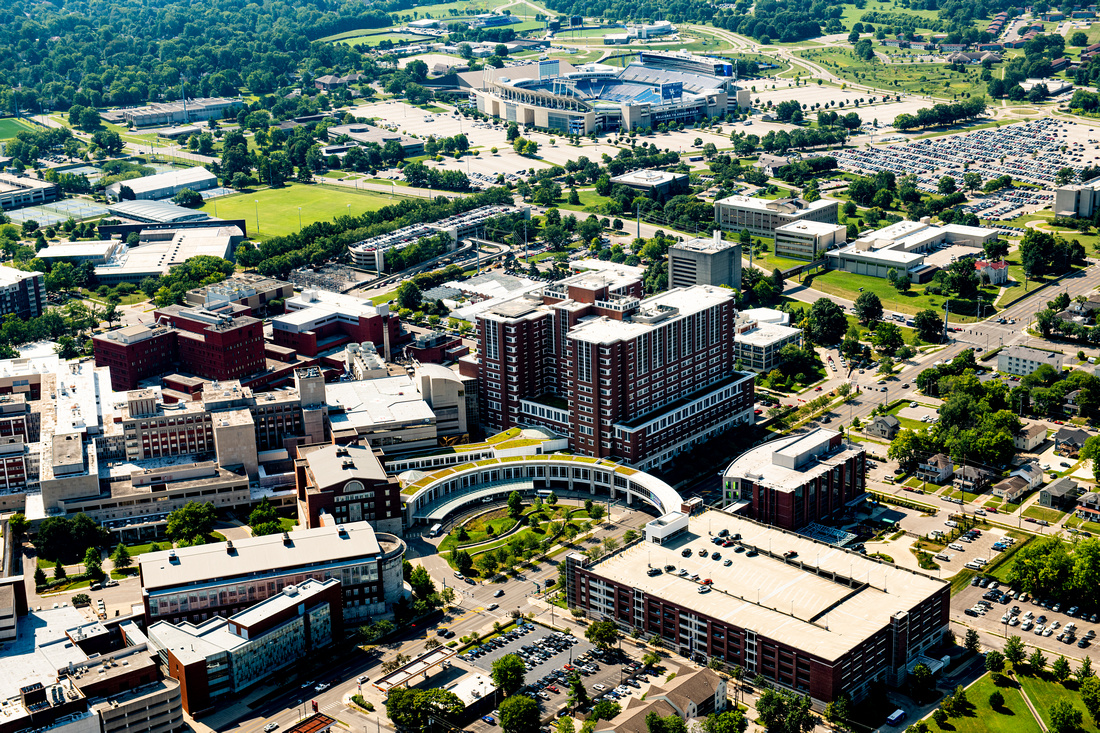 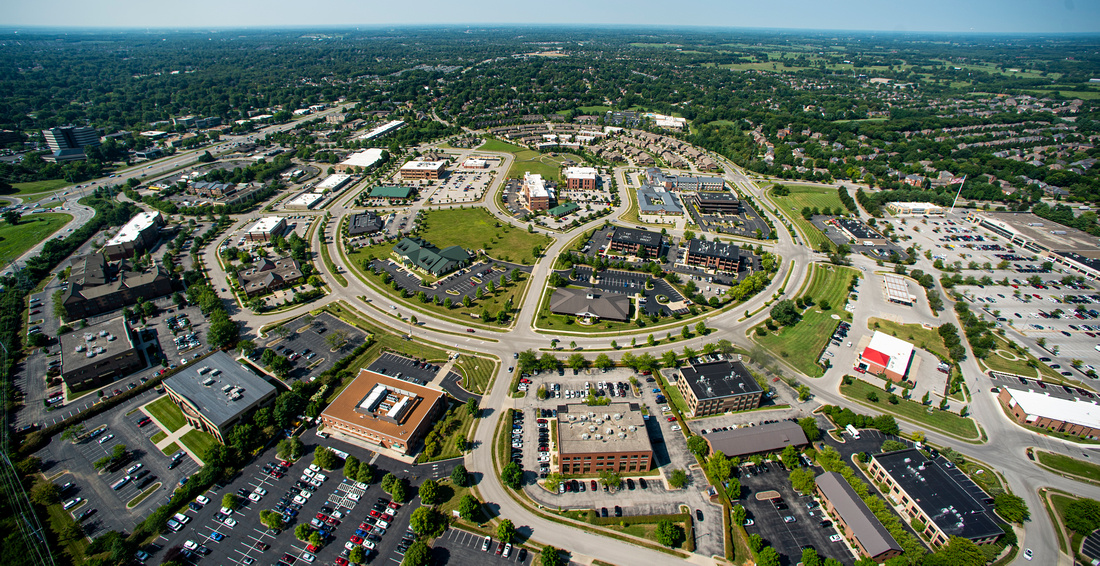 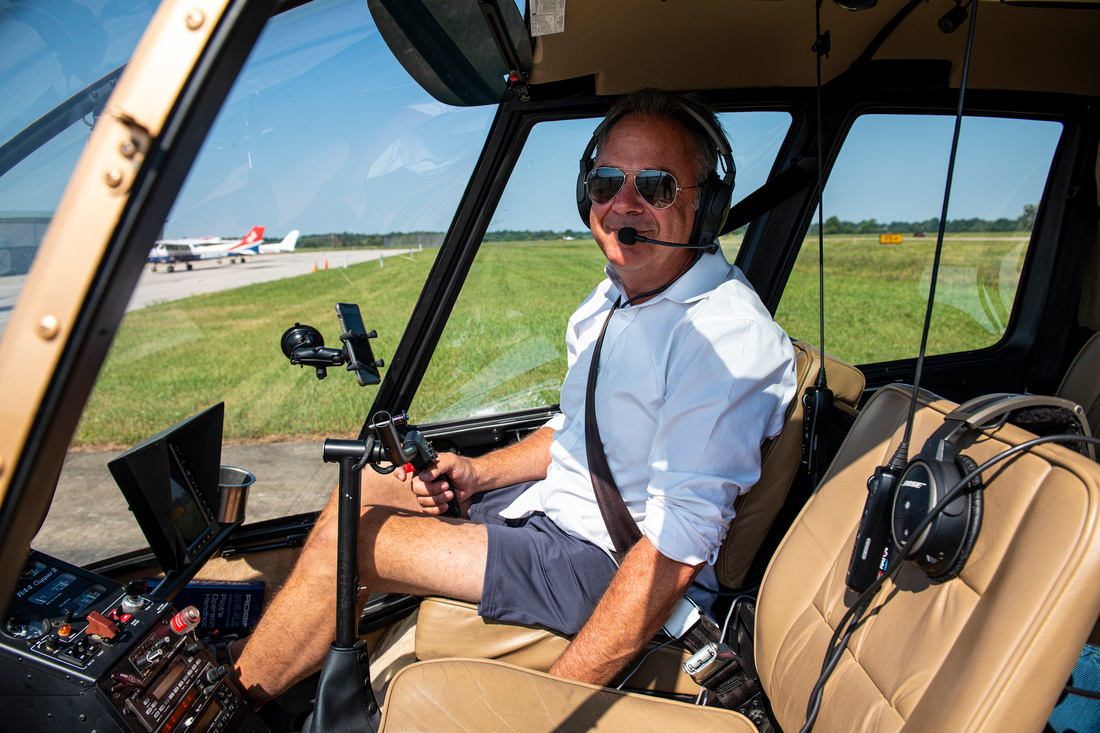 I was excited to see Lexington’s Lee Kiefer win the gold medal in fencing this year at the Tokyo Olympics. I had the opportunity to meet and photograph Lee back in 2012 while she was training for the London games as a high school student at Dunbar. She was such a sweet and humble young lady. She went on and placed 5th at the 2012 London Games and was 10th at the 2016 Rio de Janeiro Olympics. 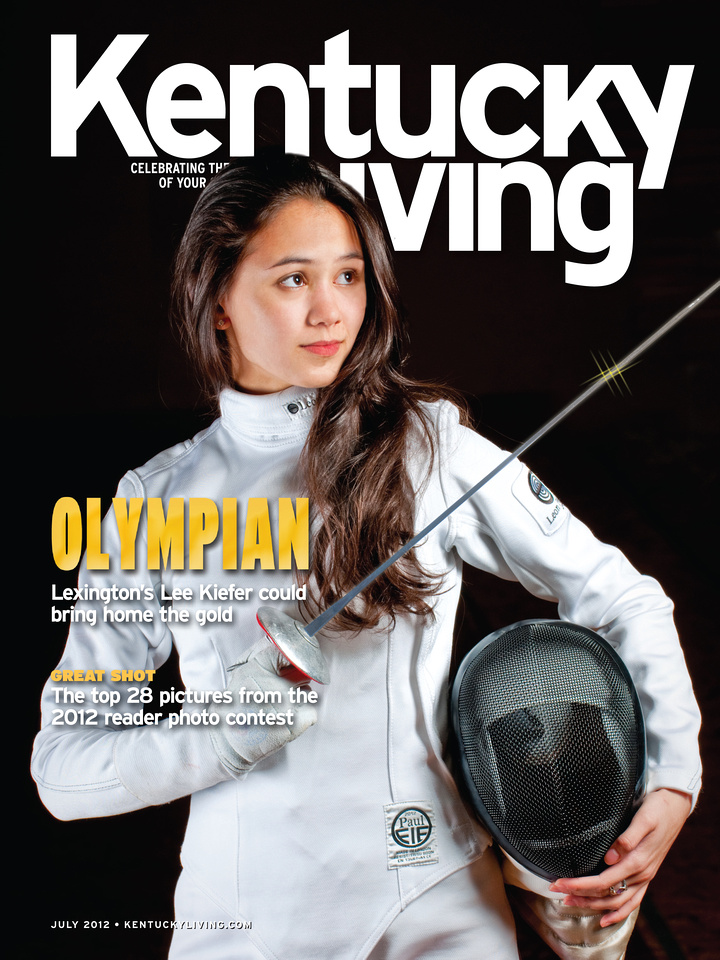 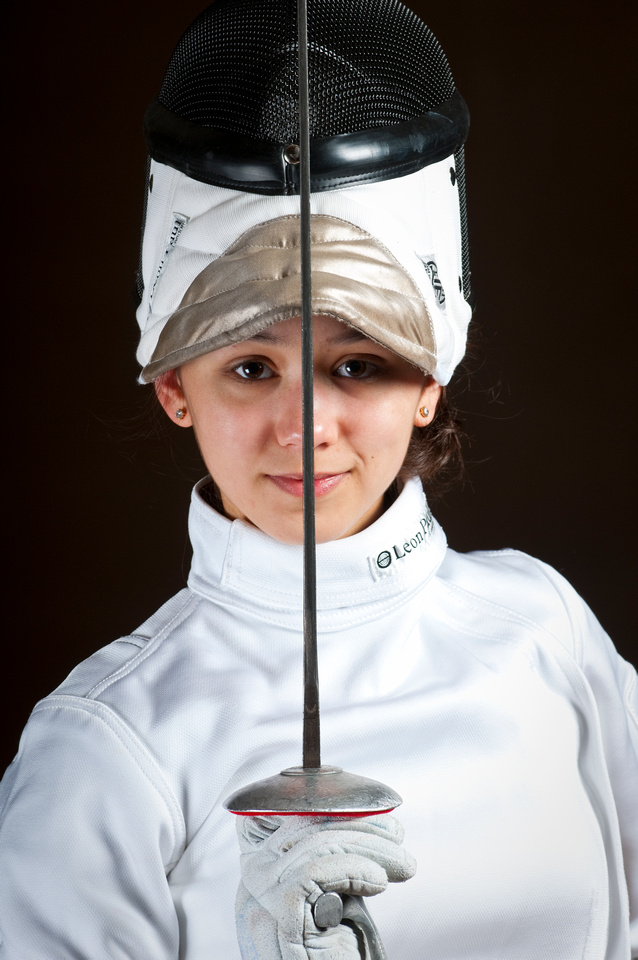 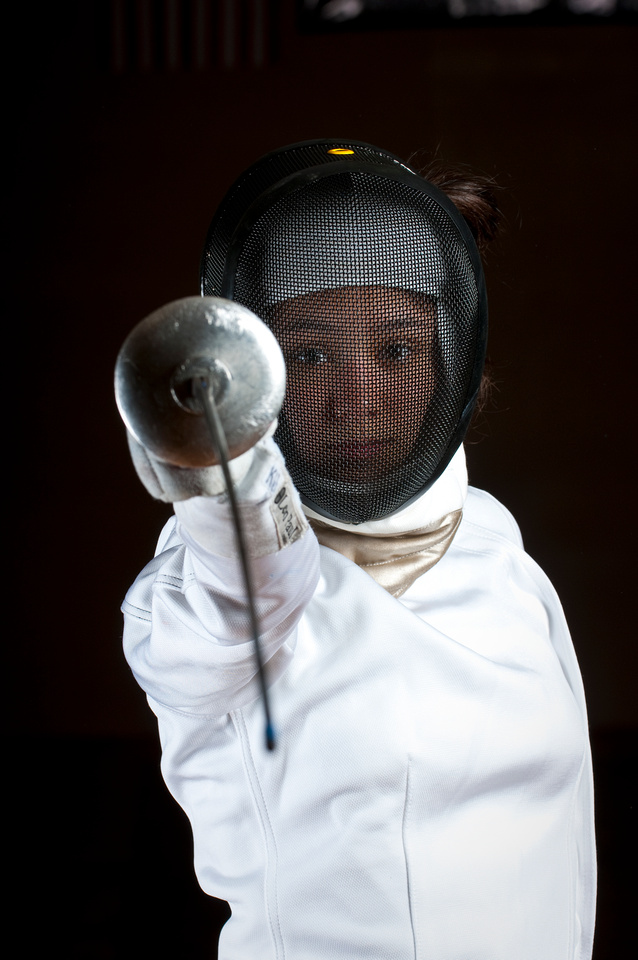 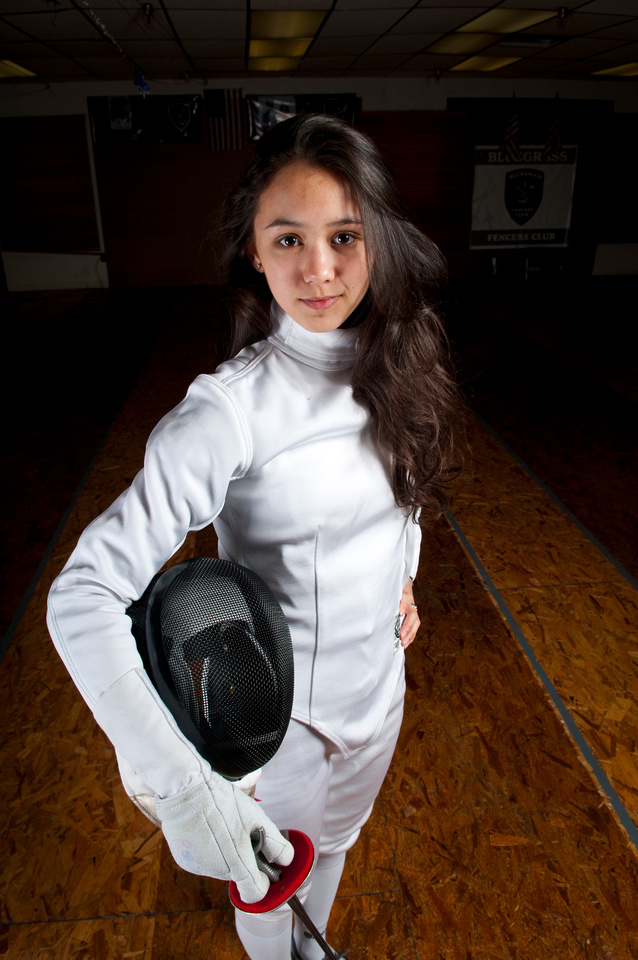 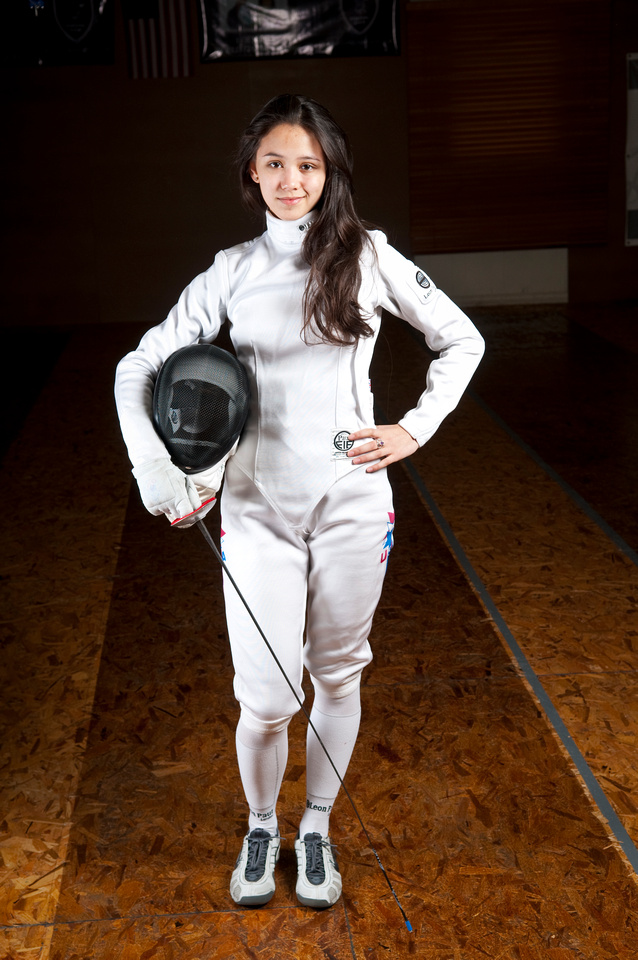 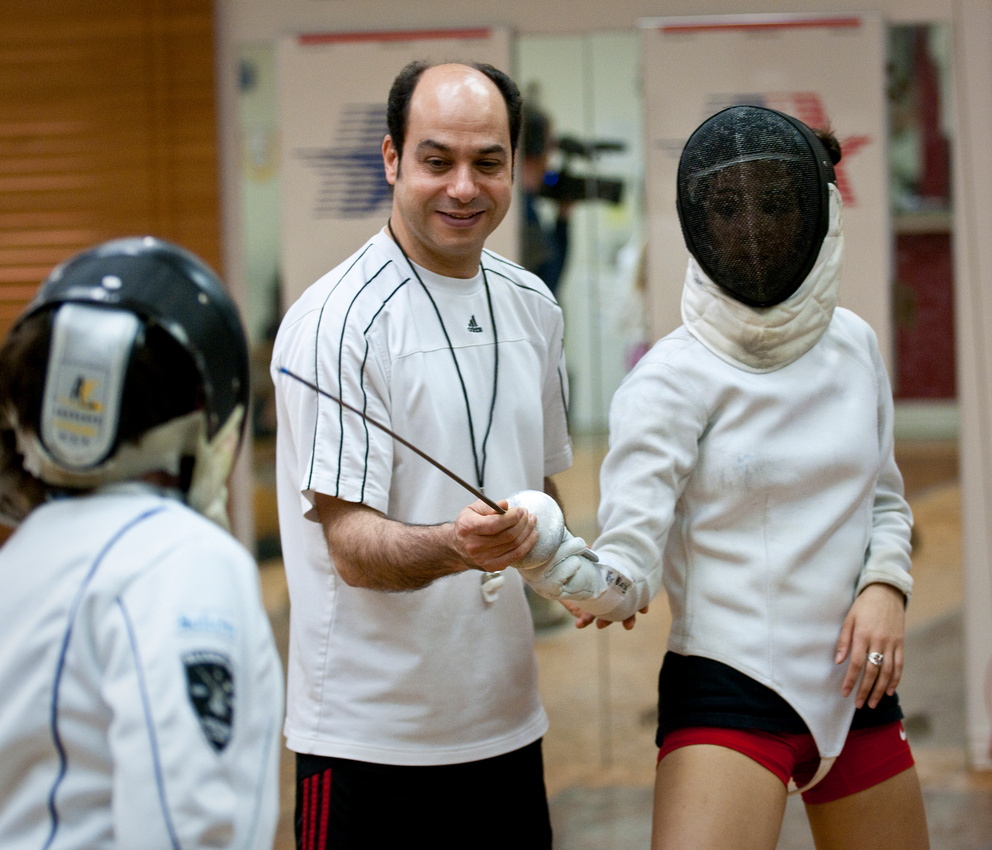 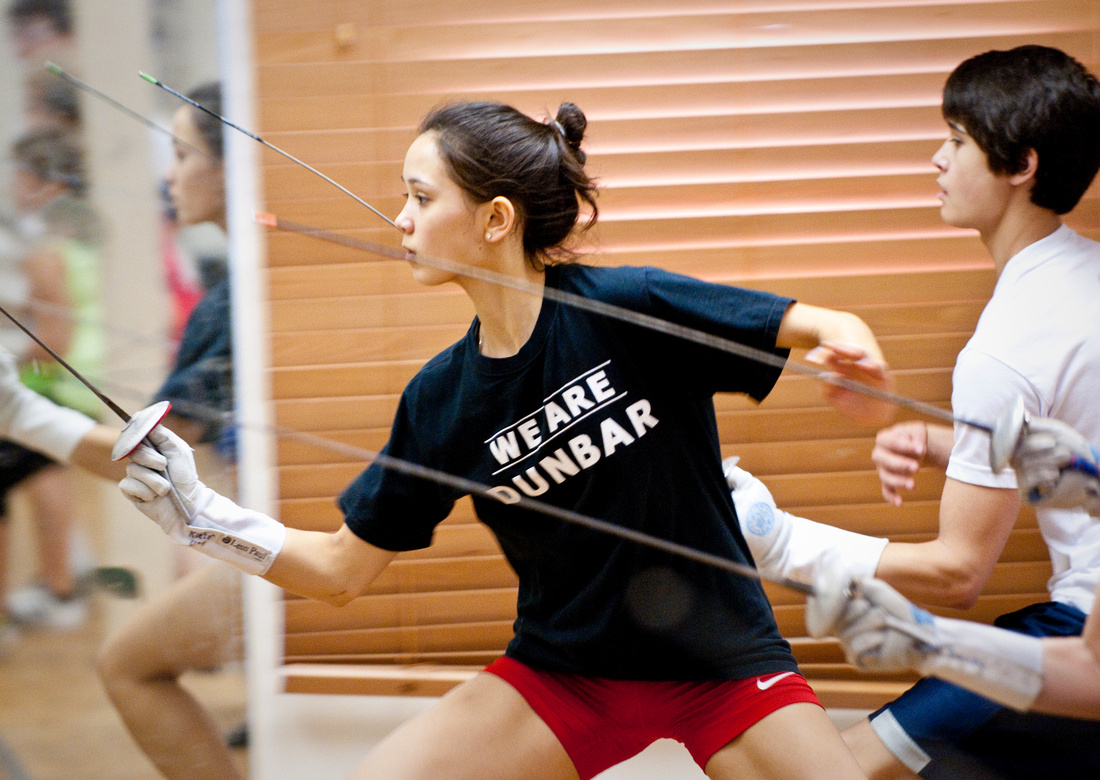 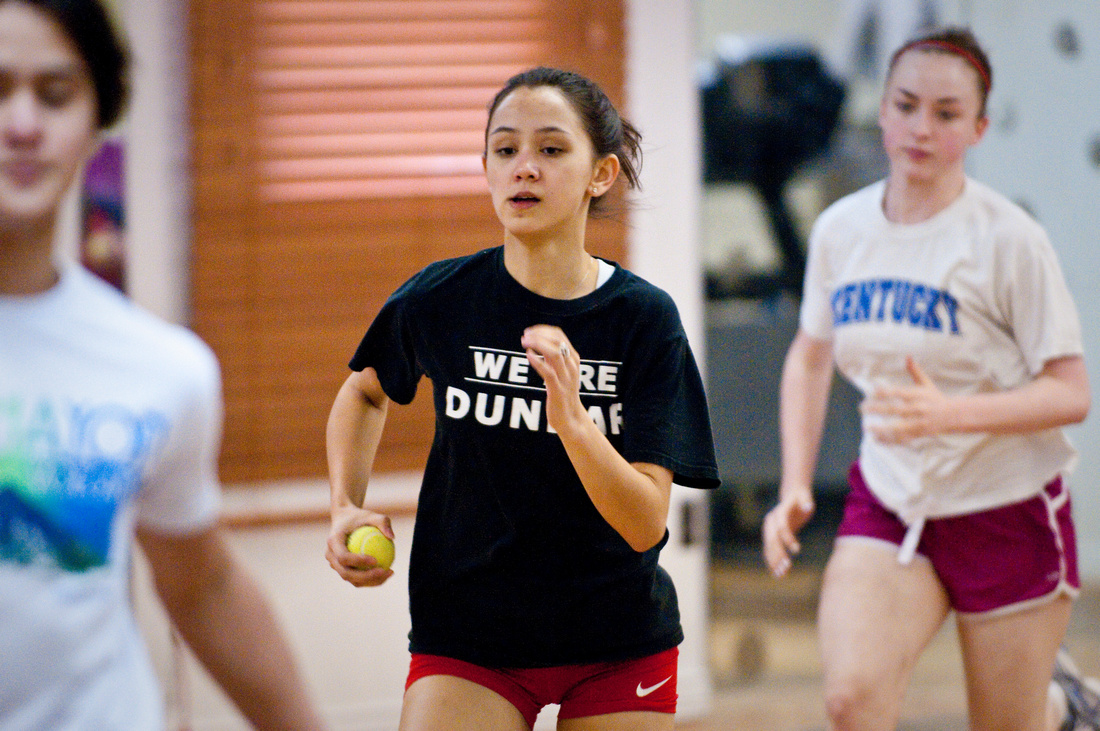 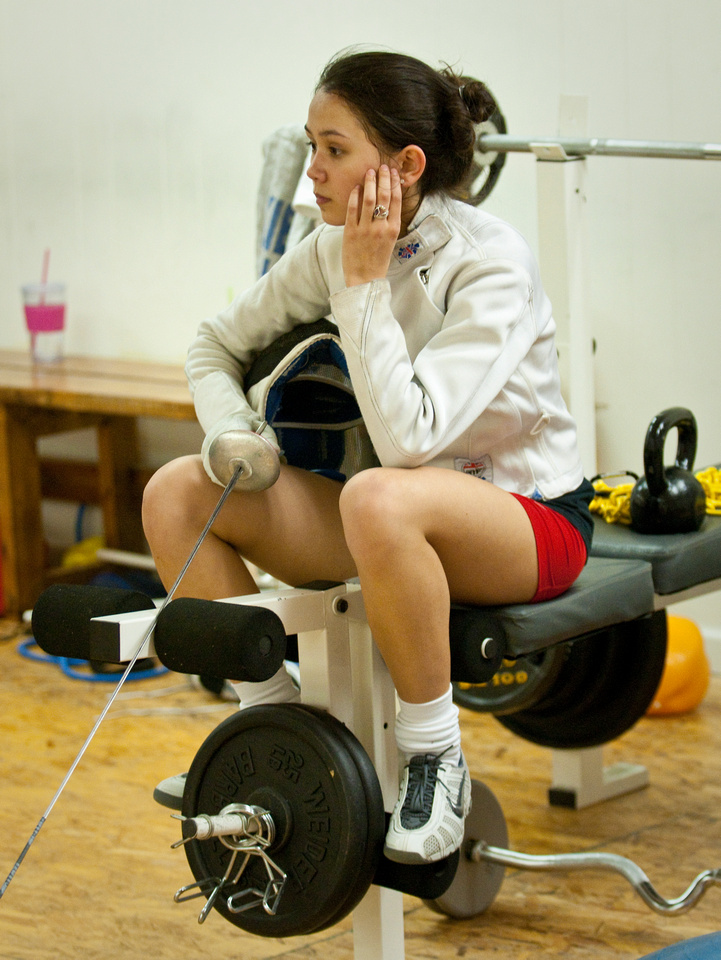 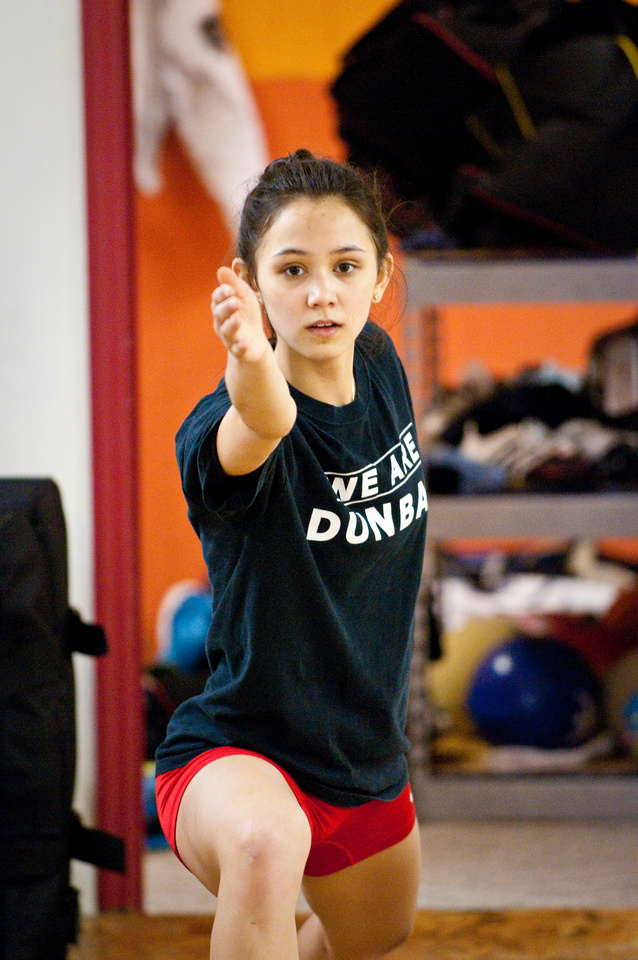