I had good intentions of making this post about Ansel Adams on his 120th birthday which was February 20th, but I got busy and forgot. So instead, I'll post it today on the 38th anniversary of his death.

One of the best ways to get better at photography is to study other photographer's work, especially the great ones, even if they don't do the same type of work that you do. I used to stand in the grocery store dissecting fashion magazines just to pick up on lighting techniques. I began the habit of studying other photographers back in the early 1990s when I was still up to my elbows in chemicals and the darkroom process, while working as a newspaper photographer for The Clay City Times. I would pour over The Lexington Herald-Leader while eating lunch each day, studying the work of photographers like Charles Bertram, Ron Garrison, Mark Cornelison, David Stephenson, Frank Anderson, and David Perry. I would later become good friends with all these guys, but at the time, I knew each one based on their style of photography.

Although Ansel Adams is somewhat of a cliche today, I can honestly say I have learned more by studying him than anyone else, with former University of Kentucky yearbook photographer and National Geographic phenom Sam Abell as a close second. I never did a great deal of landscape photography but I always admired Adams for being a pioneer and I consider him the father of modern-day photography. He legitimized photography with his previsualization and use of the zone system that he created. I like to think that he created the foundations of Photoshop decades before it was ever a thing. He also inspired a lot of the photography that I did on three hiking trips to the Grand Canyon between 1996-1999.

As odd as this may sound, I also learned a few corporate photography tips from Mr. Adams. Which sounds weird, because he's so well known for his landscape photography, few people realize that he did a lot of corporate work as well. It was actually a lot of the corporate photography paying the bills that allowed him to invest so much time in the vast landscape and environmental projects that he took on in the early part of the 20th Century. I fell in love with his autobiography and have read it several times. One of my favorite pieces of advice from that book is to never go on a business lunch with an empty stomach because the client may try to get you drunk and bargain the price. Adams would always eat buttered bread before such meetings to coat his stomach. I also learned how the pressure of being self employed and the fact that photography of any nature is a seven-day-a-week gig and can take it's toll on your body, because at one point Adams was hospitalized for a nervous breakdown.

As much as I had read and poured over the work of Ansel Adams, it was in 2002 that his work totally changed my life. Ironically, my father, who was the one who introduced me to the photographic life in 1978, called me one night and said there is a really good PBS documentary on Ansel Adams playing on KET and I think you would really enjoy it. Just like in 1978, my Dad had no way of knowing the impact that that conversation would have on me. I went on to watch that documentary no less than fifty times. I used to watch it over and over, picking up something new each time. And the documentary's soundtrack had an even bigger impact on my life. I can honestly say that if iTunes hadn't come around when it did that I would have easily worn out my copy of the soundtrack CD. I suffer from panic attacks and high blood pressure, and if I'm ever "stroking out," the Ansel Adams soundtrack can always calm me down. I like to think of it as musical Xanax.

In 2012, I got to check off a major piece on my bucket list when I visited the Ansel Adams Gallery, where he processed much of his major works during his hay-day in Yosemite National Park. I not only got to spend time in the building where Ansel Adams actually worked and built his career, but I was also able to buy a couple of his prints for my office.

I would be remiss to do a post like this without saying which Ansel Adams photo is my favorite. I'll start with my second favorite, which is the photo of Georgia O'Keeffe and Orville Cox taken in 1937 at Canyon de Chelly National Monument in Arizona. I love that photo because it captured such a beautiful behind-the-scenes moment with his fellow artists. I have devoted an entire gallery on my website portfolio titled "Snappers" to that very thing, behind-the-scenes moments with my cohorts.

So. Drumroll please. My favorite Ansel Adams photo is his 1941 image titled "Moonrise over Hernandez, New Mexico." My reason for loving it isn't because it's one of his most famous prints, it's because of the brilliance behind it. For the man who meticulously calculated all of his photographs, this one was done on the fly. He didn't have time to calculate the light, because the sun was dropping fast, and he was about to lose the light on the crosses in the graveyard, so he quickly set up his camera, and created it based on instinct alone. Remarkably, he was able to read the light! This matters to me because my first camera in third grade was an old Agfa viewfinder camera that had no light meter, and my Dad unknowingly gave me the greatest gift that he could've ever given me, even though it was years before my time...he taught me how to read light because the camera itself was incapable of calculating the light for me. That's why I relate to that photo so much!

Some things are just meant to come from the heart. 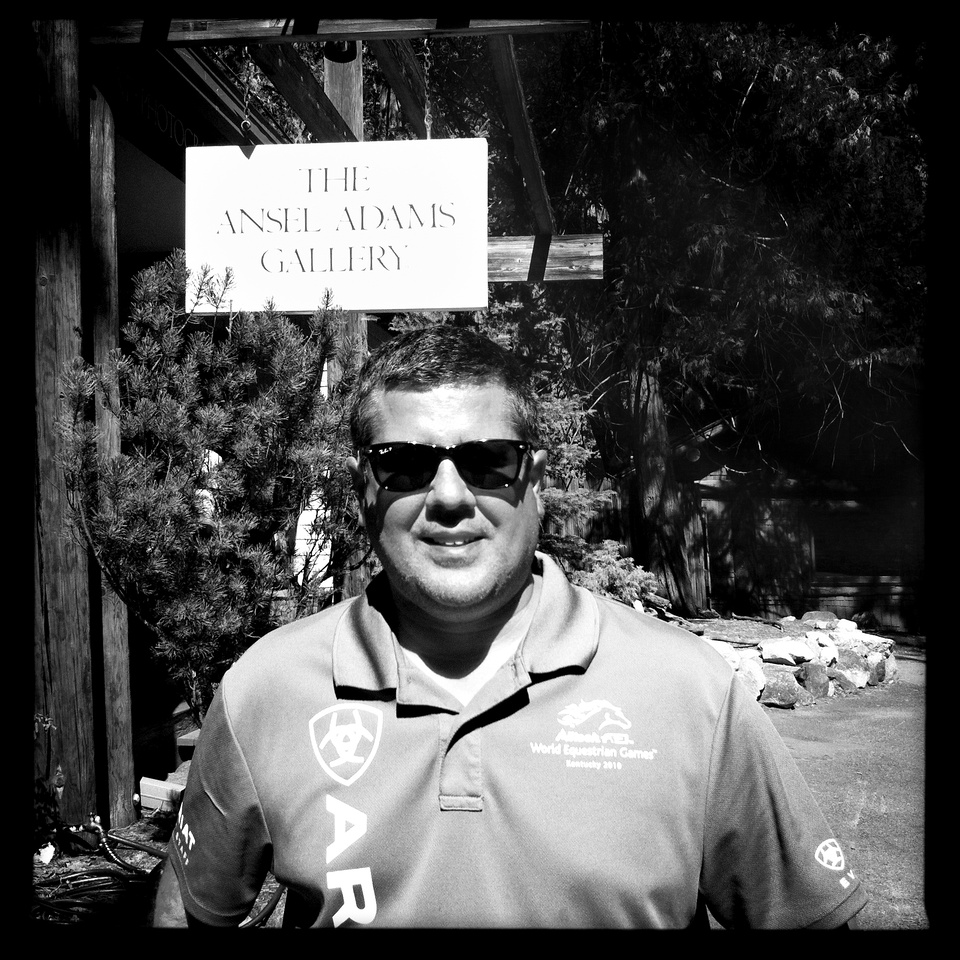 I got to visit the Ansel Adams Gallery in Yosemite National Park in 2012. 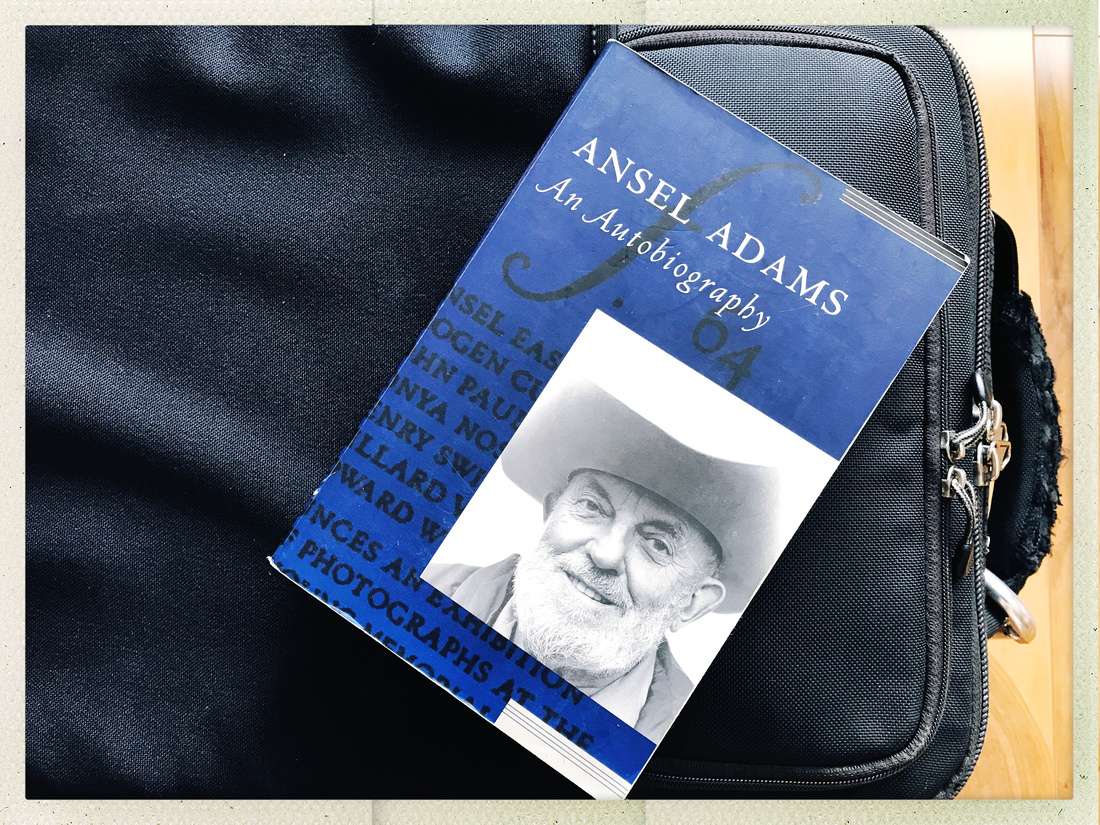 Adams' autobiography served as a huge inspiration to my career. 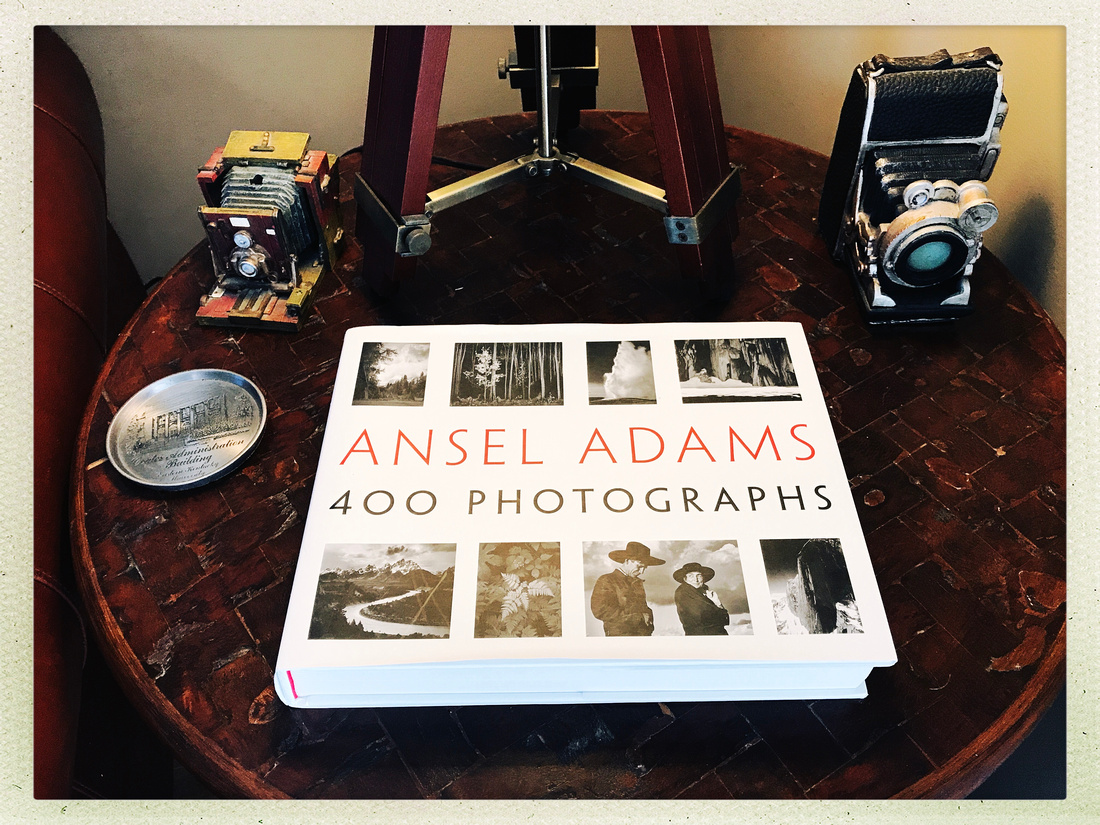 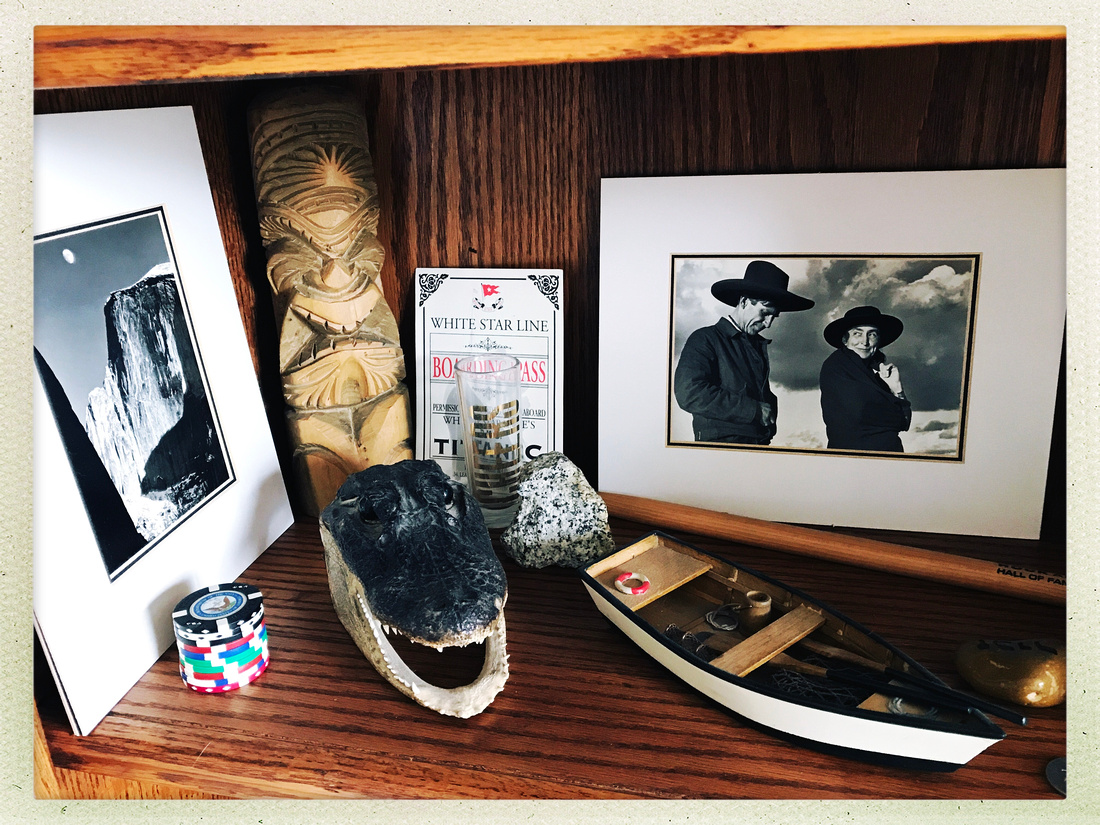 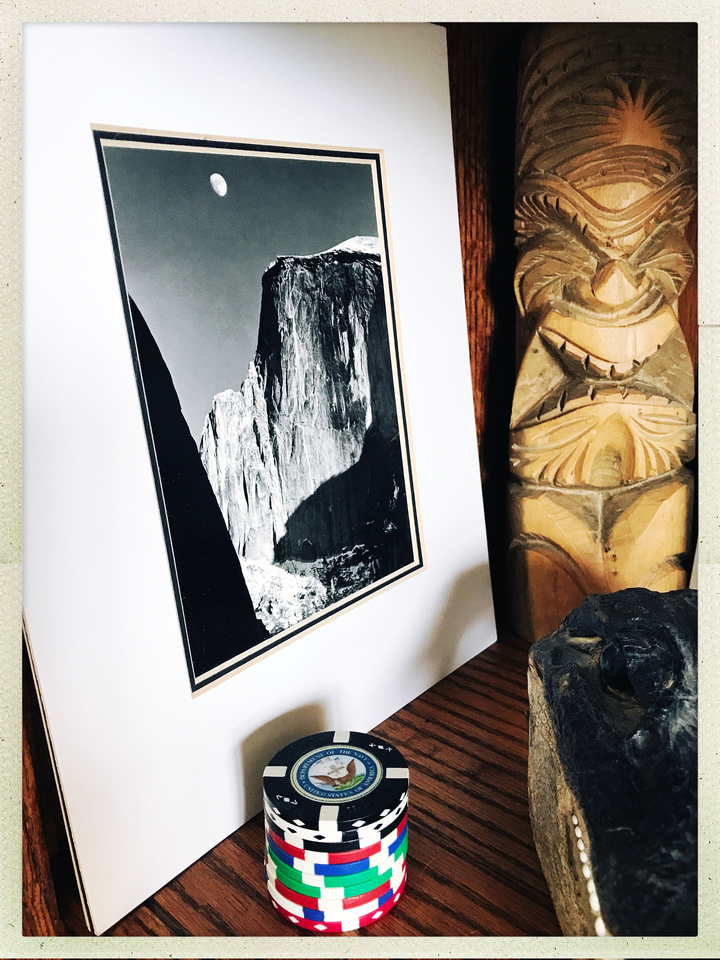 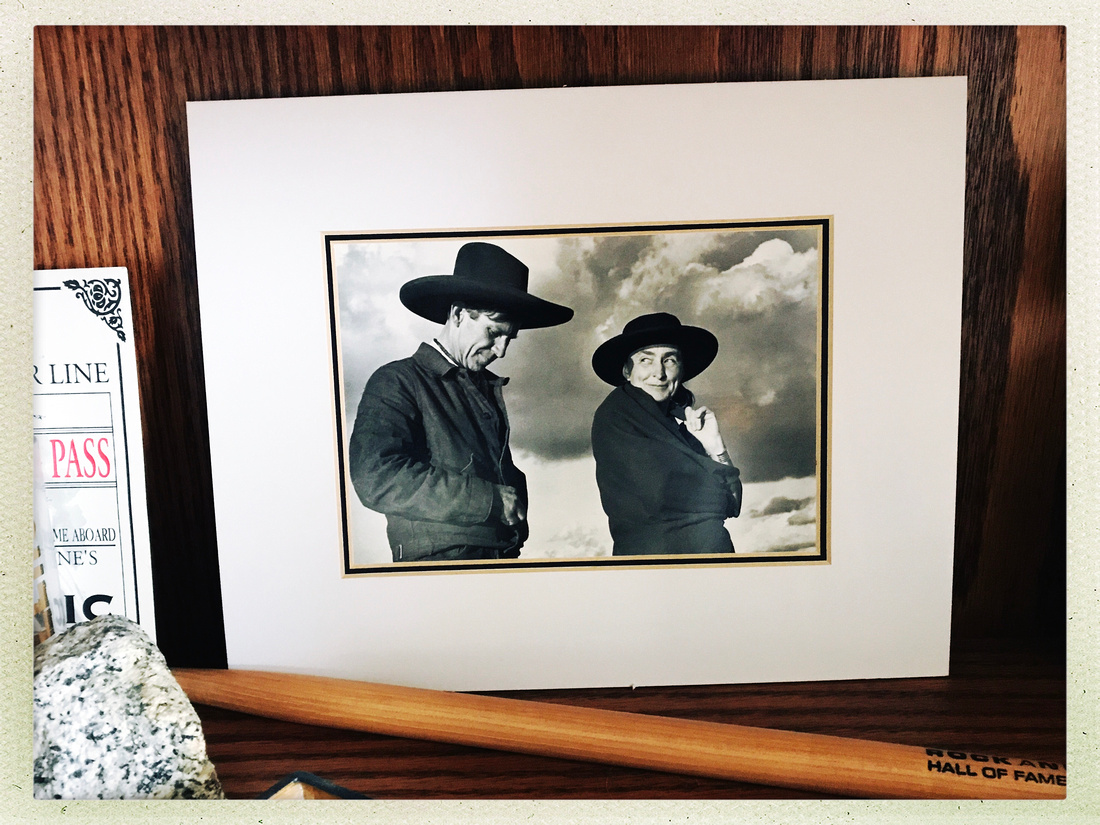 The 2002 Ansel Adams documentary and soundtrack were truly life-changing to me. 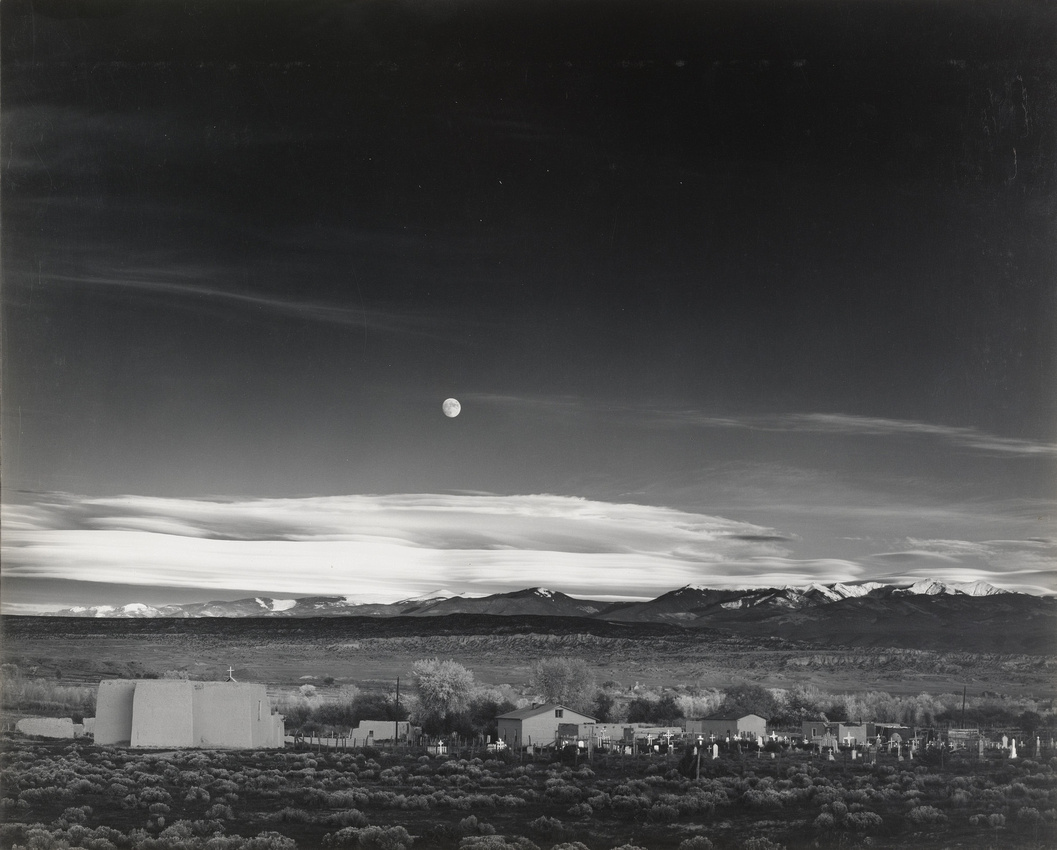 "Moonrise over Hernandez, New Mexico" was so inspirational to me because it reminded me of how my father taught me to read light when I first started in photography in 1978. 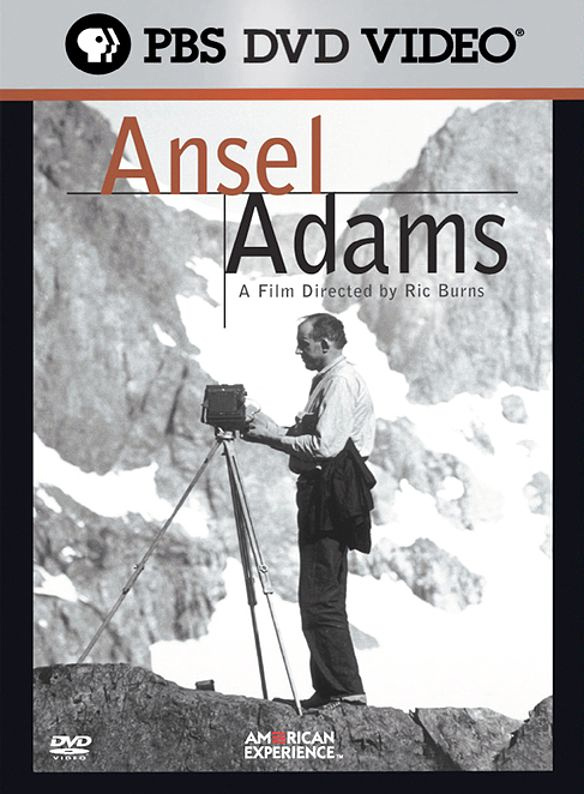 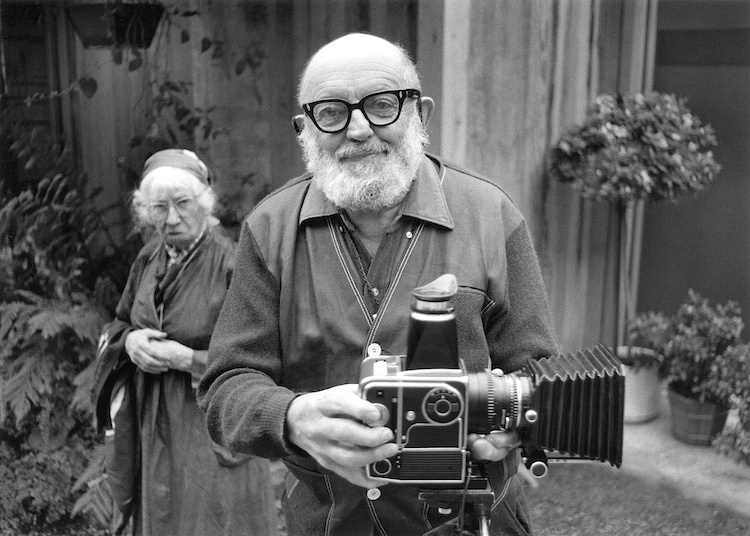 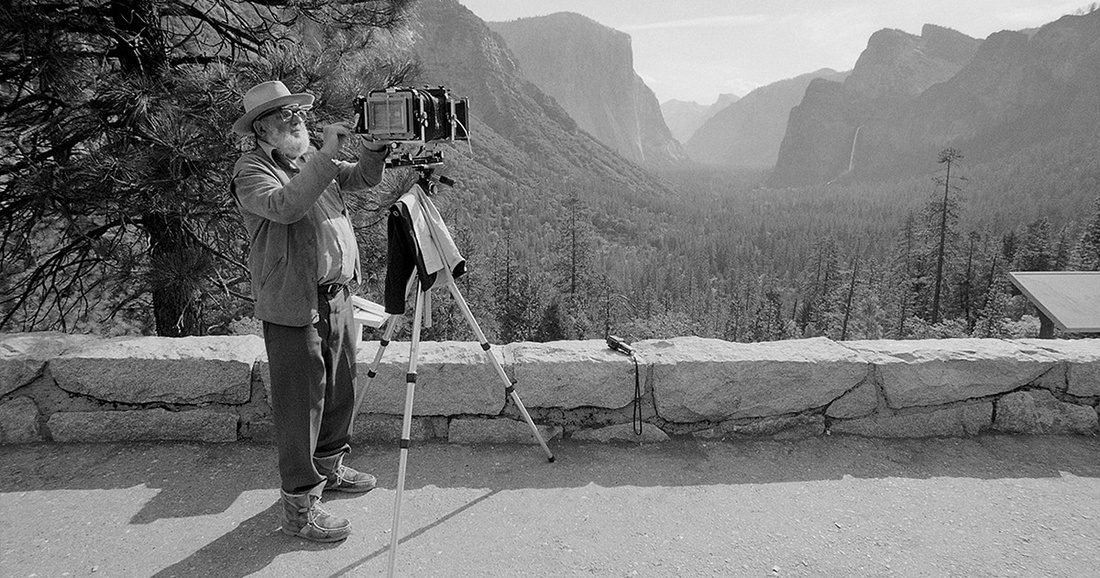 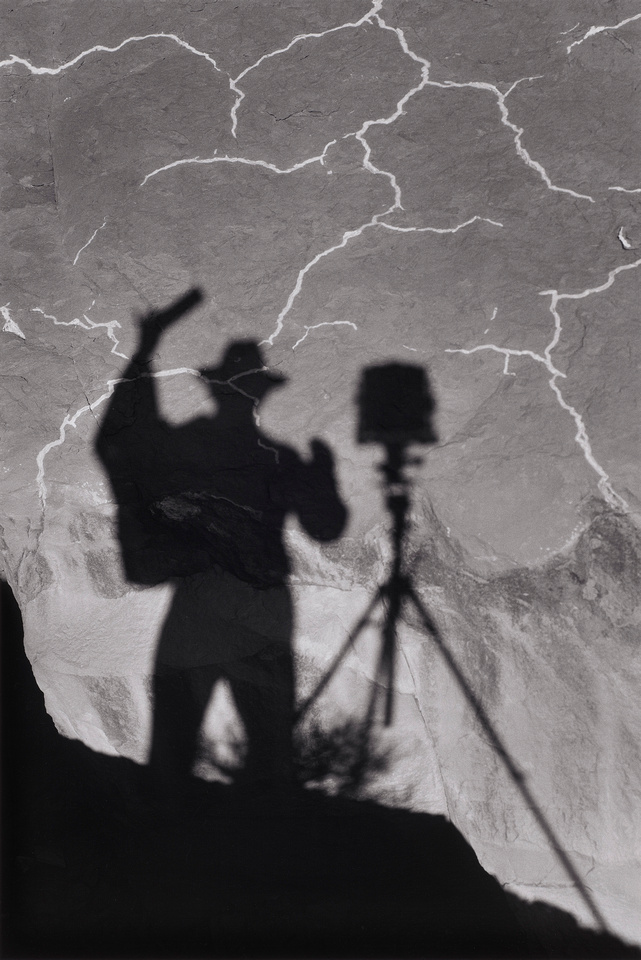 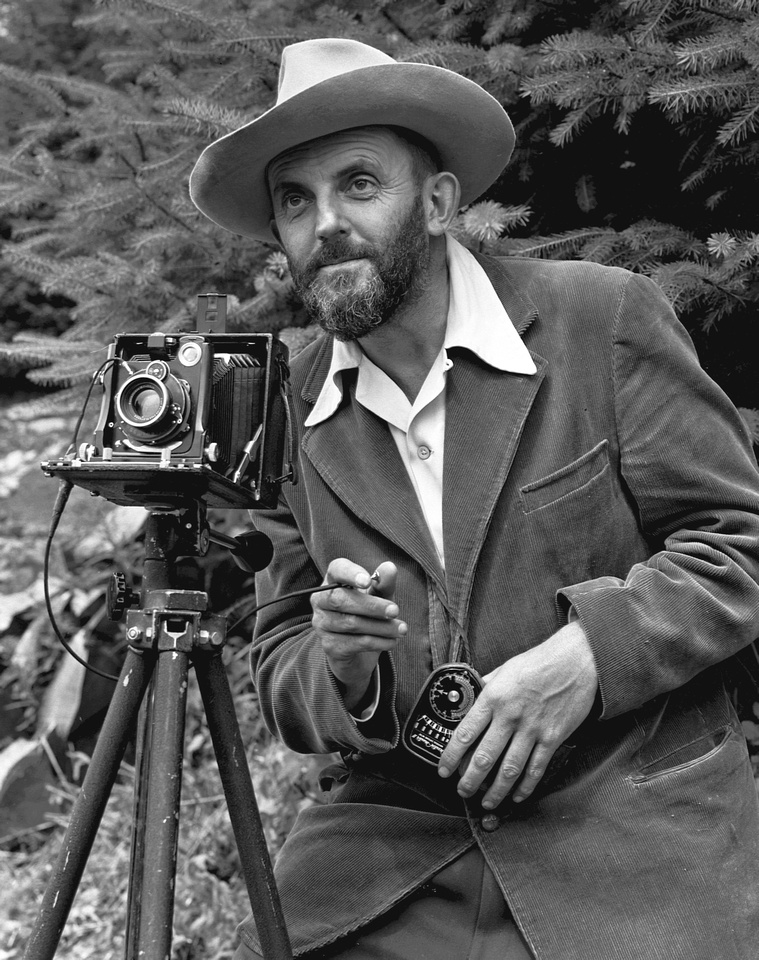