People Along the Way

One of the beauties of doing the type of photography that I do, is that I get to meet and photograph people. A lot of people! When I first came back to Eastern Kentucky University as the University Photographer in 1994, it was exactly two years after I had graduated. I wasn't much older than the students who were on campus at the time, and it was really hard for me to go into classrooms and work in front of people without feeling intimidated. But I soon got over it and learned that dealing with people was just part of my job. Needless to say, I've encountered a lot of people and made a lot of friends on many levels throughout my career. My kids roll their eyes when we go places because there aren't many places I can go without running into someone I know. It just comes with the turf. Here are a few people that I got to work with this year. 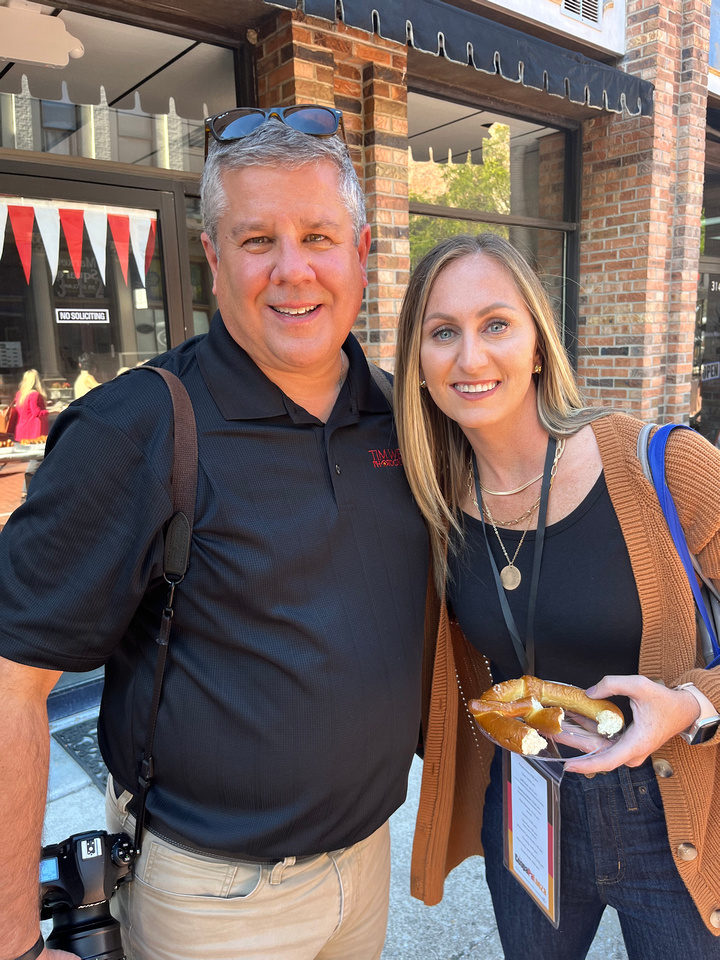 Mary Beth Dennis is a phenomenal person and friend who has lead the Washington Youth Tour for the last four years, and is
now the Communications Director at Shelby Energy in Shelbyville. But one of her greatest attributes is that she married
into family from my hometown of Powell County. You can't beat that as a pedigree! 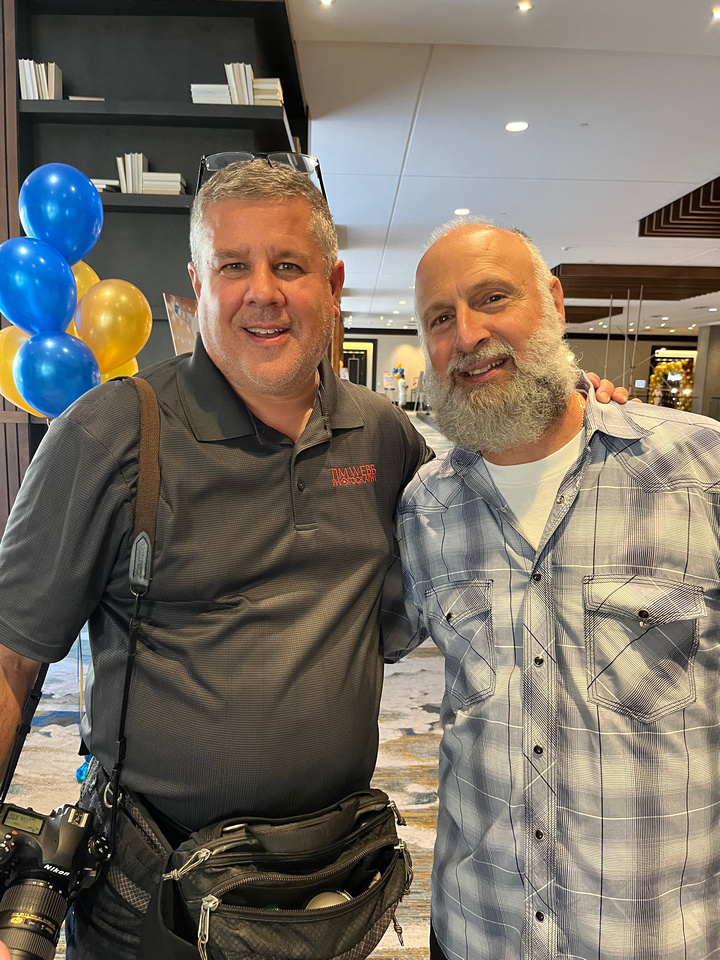 Back in 2007, I started doing pro-bono work with an organization called Flashes of Hope. They coordinate professional photographers with major hospitals to create portraits of kids with cancer. We all volunteer for this. At the time, Jon Dubins ran the Louisville chapter at Kosair Children's Hospital. He was a UPS pilot who flew internationally, but he still found time to organize these photo shoots. Eventually, Kids Caner Alliance took over the program and created a chapter at UK Children's as well. I ran into Jon this summer at Kid Cancer Alliance's big fundraiser in Louisville. Fifteen years later, we were both still there for the cause! 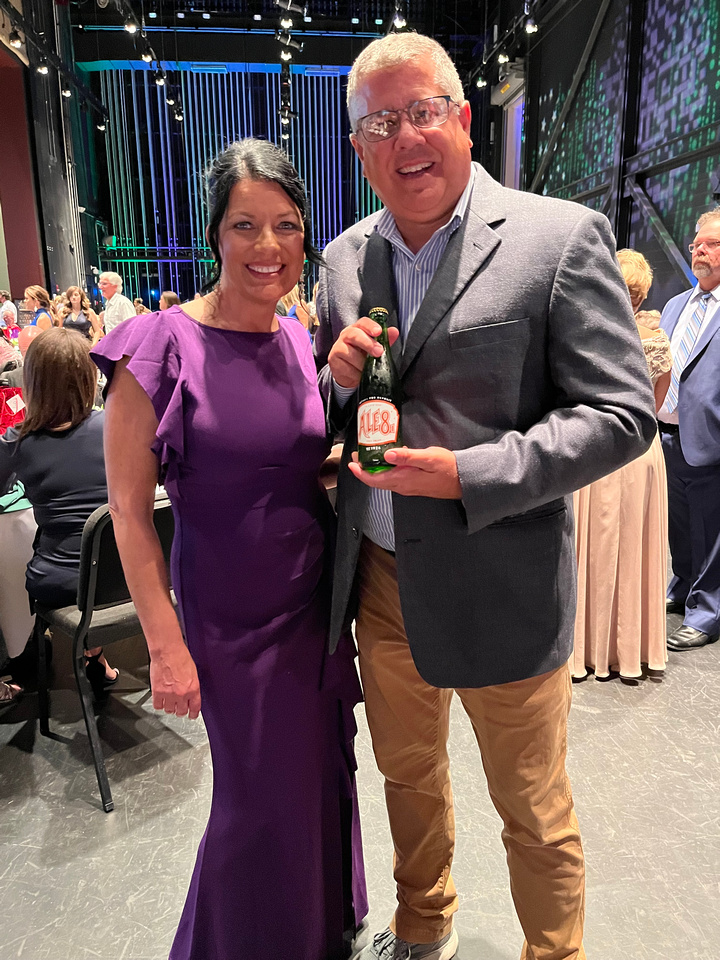 Another pro-bono job that I do is the CASA Gala in Richmond. CASA serves Madison and Clark counties by advocating for neglected kids in court. I also had the pleasure of working with Stephanie Collinsworth Diaj, an old friend from Powell County, whom I charged a cold Ale-8 One in a tall bottle for working the event. 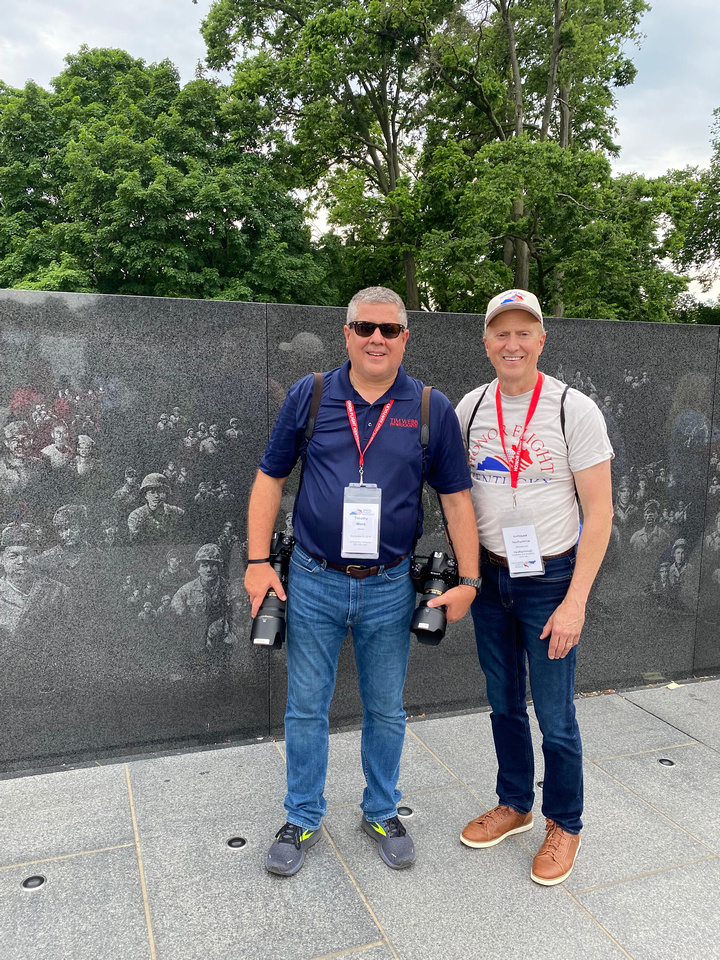 My good bubby Kevin Osbourn and I at the Korean War Memorial in Washington D.C.
during Honor Flight Kentucky in September. 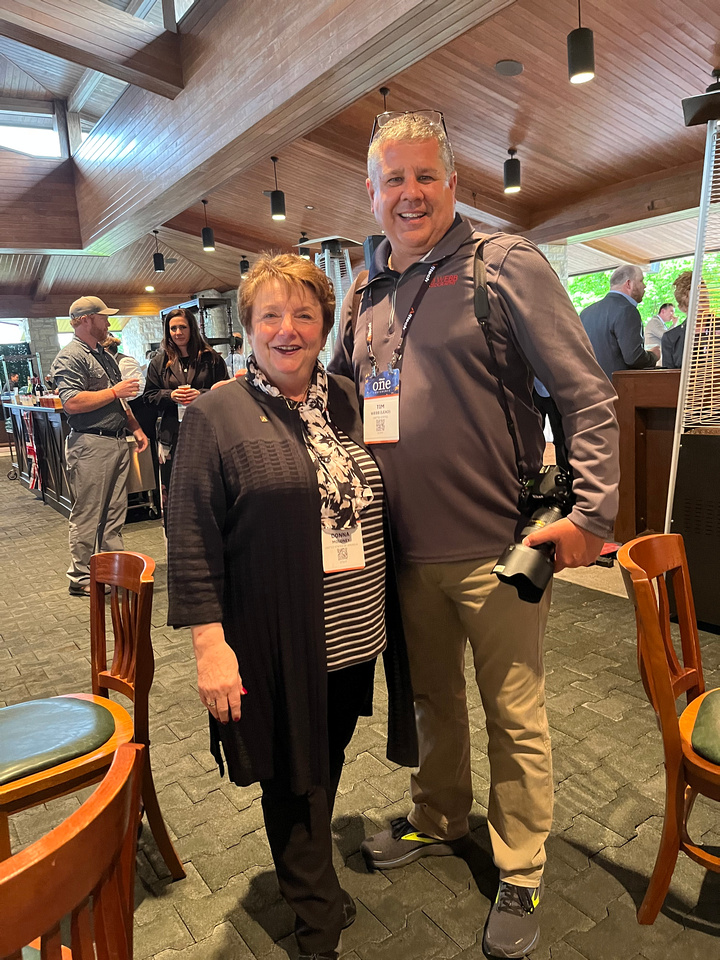 I've been working the Alltech ONE Conference with Donna Maloney for several years. A fun fact about Donna is that she used to serve as an administrative assistant in the White House for LBJ. When he chose not to seek the Democratic nomination for president in March of 1968, it was Donna who dictated his typed speech, as another person typed it into the teleprompter for the national television address later that evening. I get to work with so many interesting people. 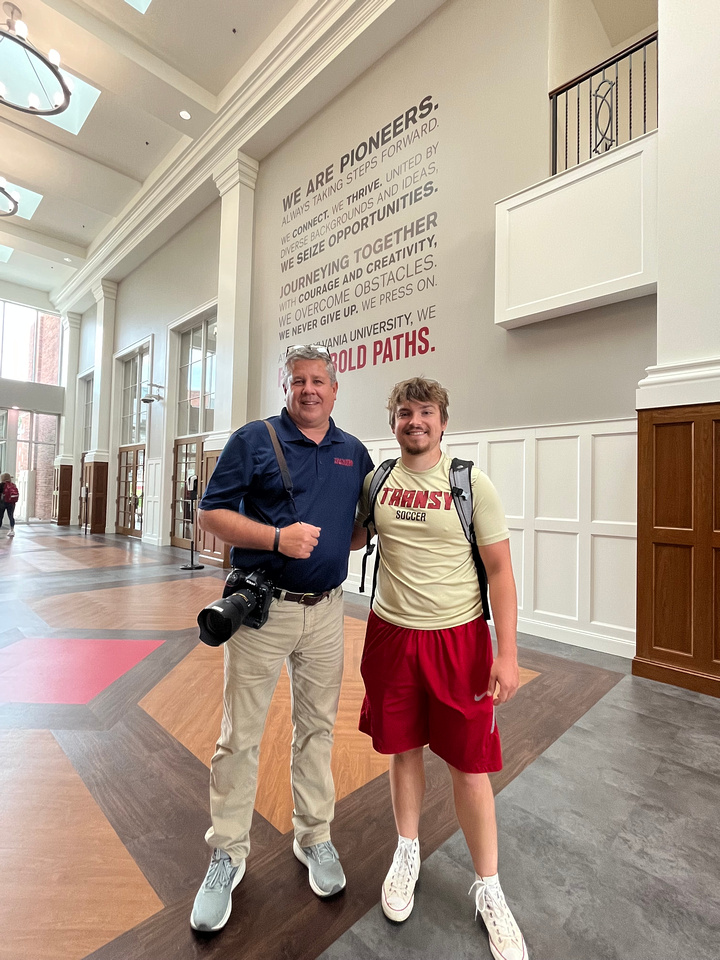 I ran into Taylor Kennon while doing work for Transylvania University back in the spring. Taylor's parents Jared
and Julie Kennon are lifelong friends of mine. 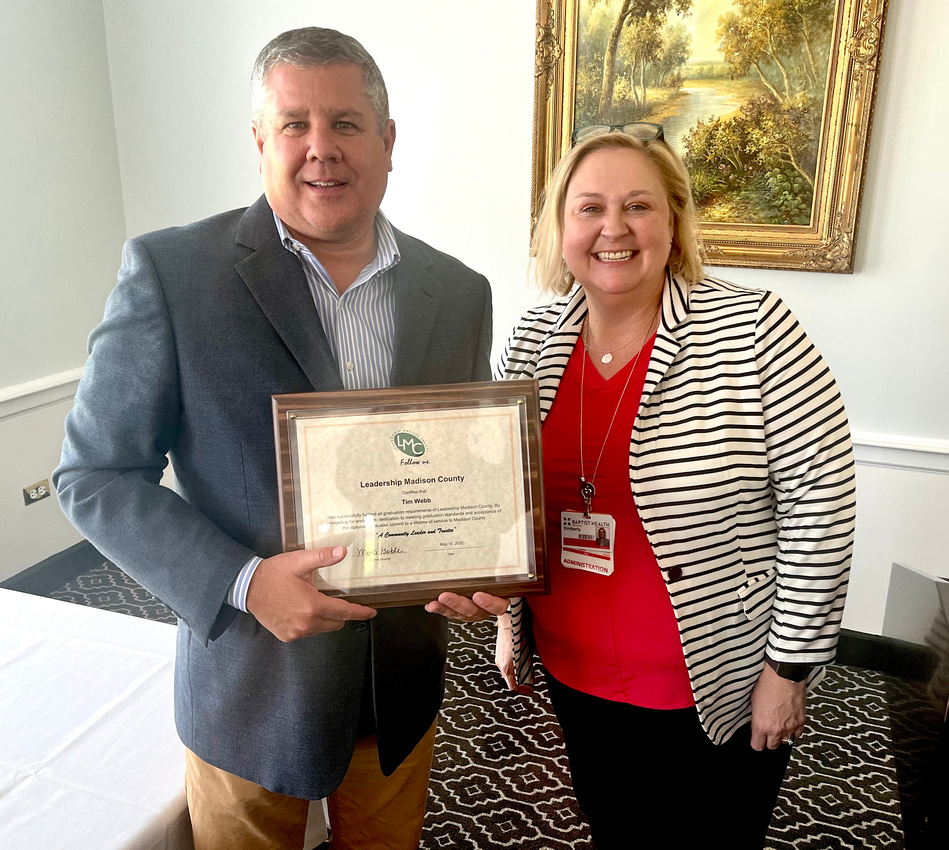 I graduated the year-long Leadership Madison County program this summer. 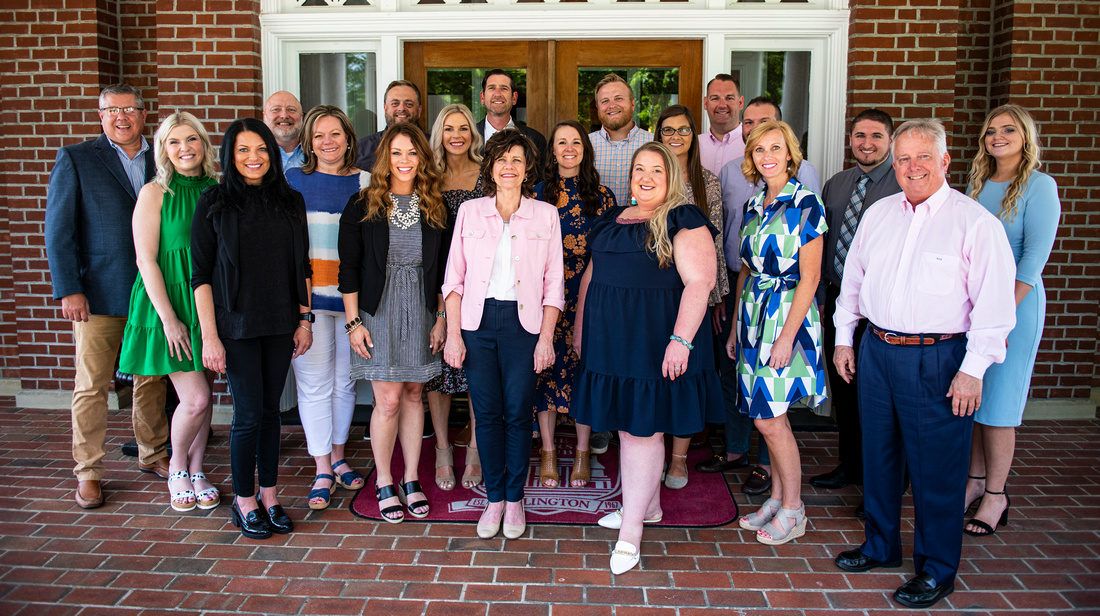 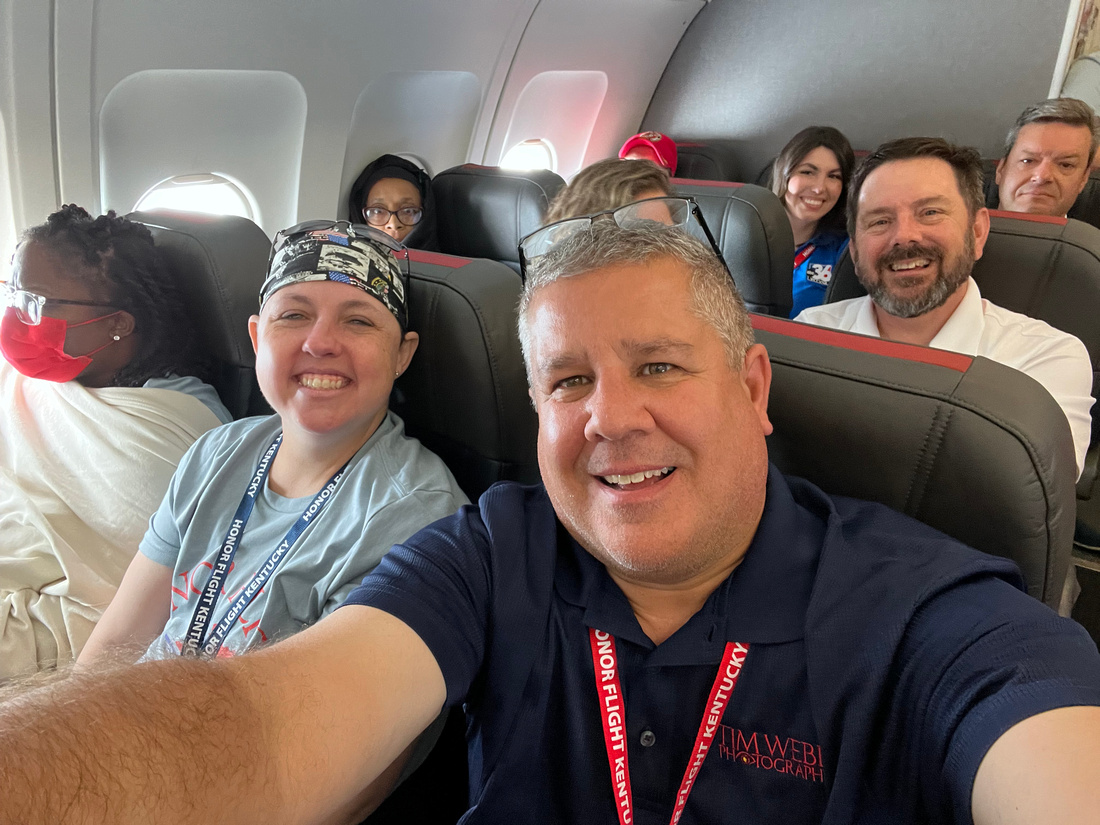 I randomly sat next to a woman named Ashley Hawkins on the airplane during Kentucky's first all-female Honor Flight in June. I was used to hearing men talk about war, but it was odd hearing two women talk about being 50-cal gunners in Afghanistan and Iraq. But it made sense because that was the first time women were active in combat. Hawkins was the first woman in U.S. history to receive the bronze star for valor, that came from a 2005 battle in Iraq, known as the Palm Sunday Ambush. 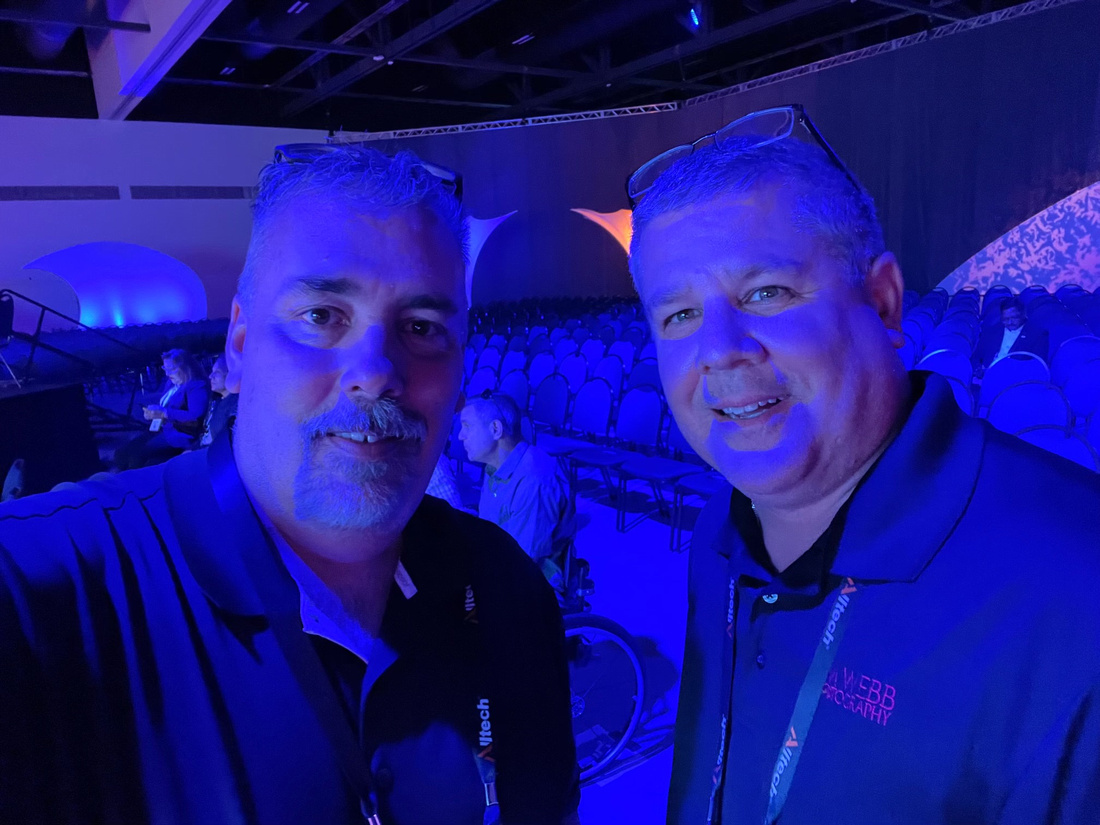 You know the Alltech ONE Conference is a top-shelf event when I hire "The Mark Cornelison" as a second shooter. 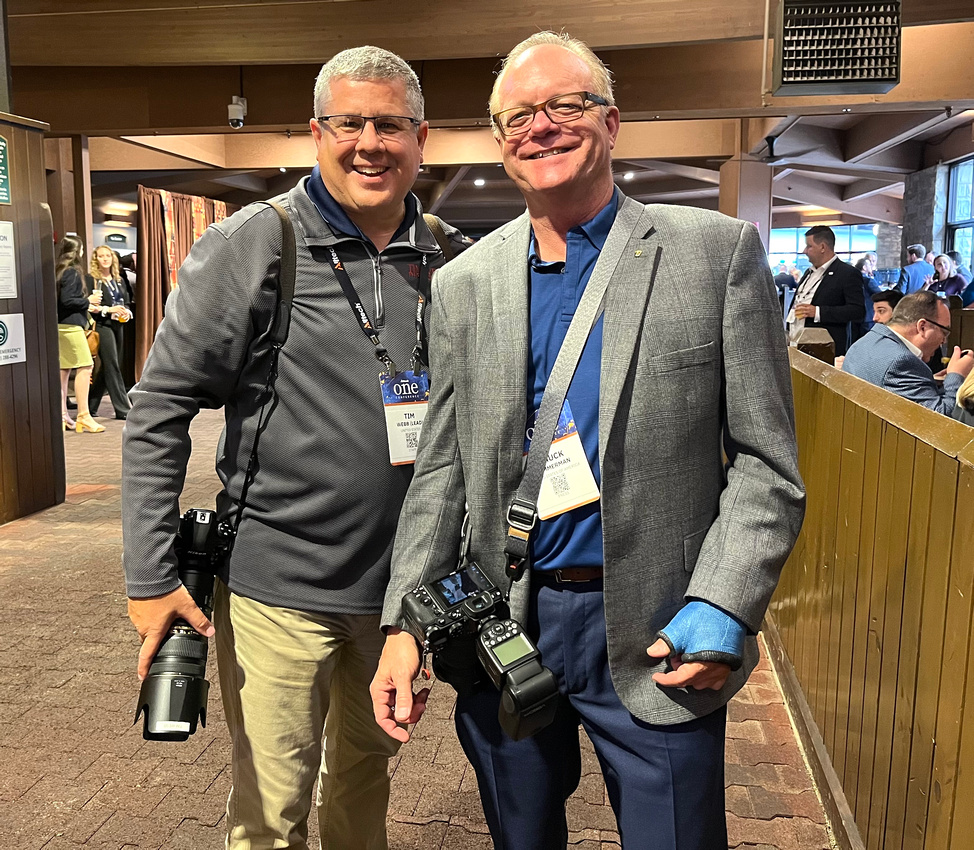 Agriculture journalist Chuck Zimmerman at the Alltech ONE Conference. 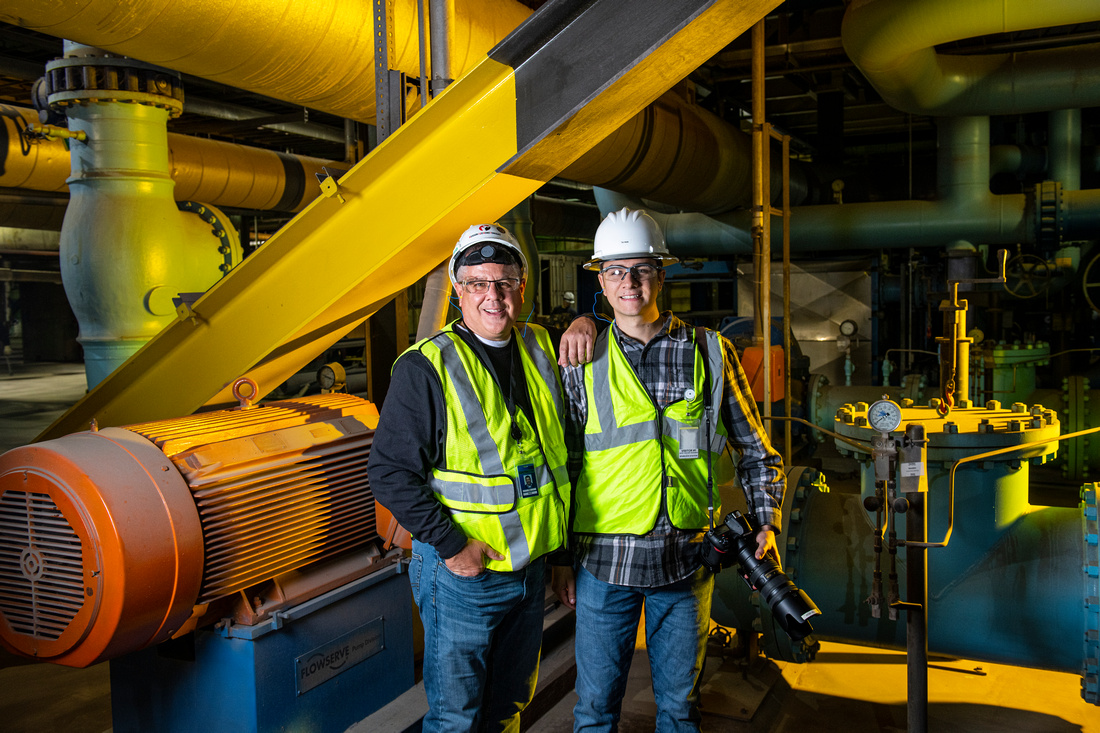 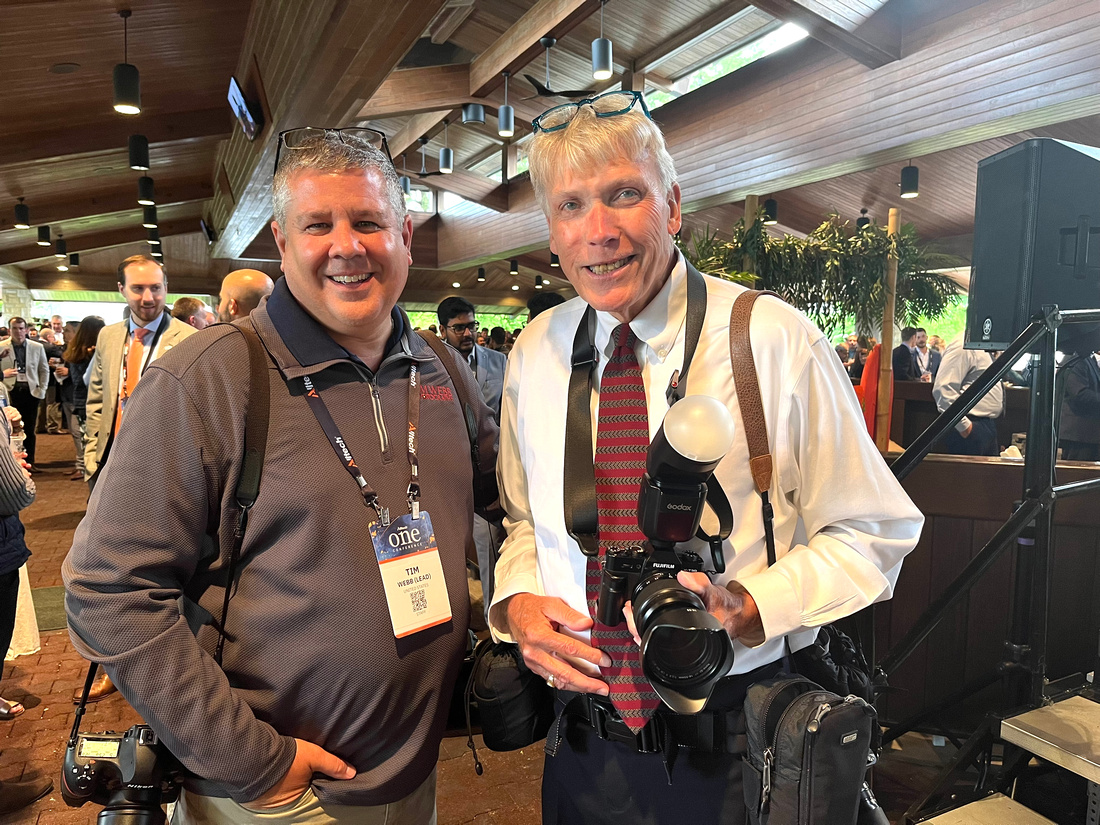 Photographer Ed Roller at the Alltech ONE Conference. Ed's day-job is at Murphy's Camera in Lexington. He and I go way back. 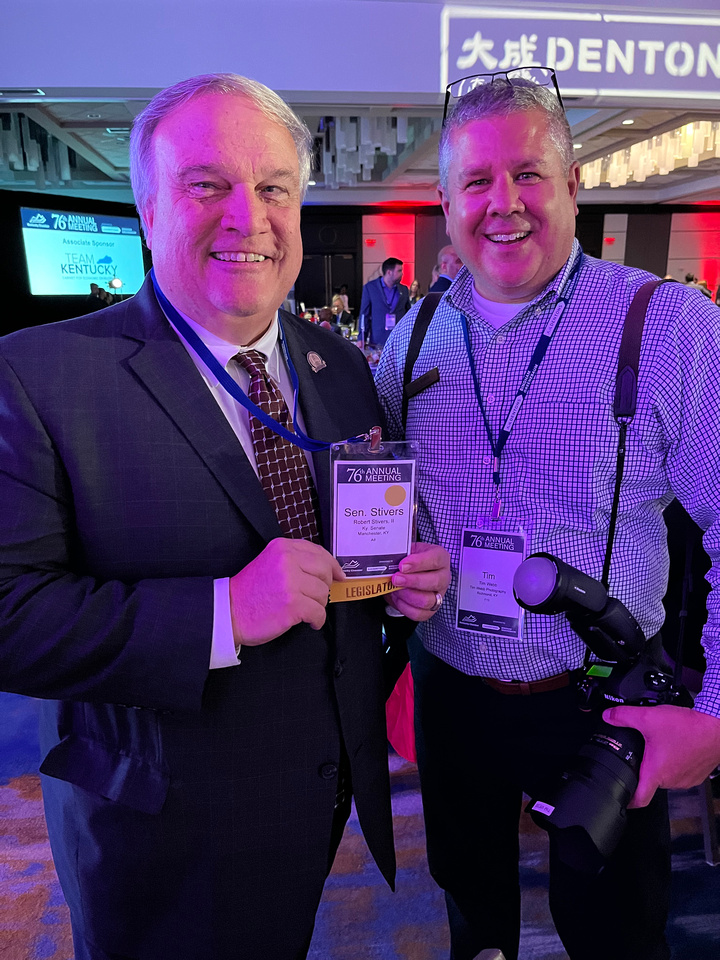 One of my sons, who will remain anonymous, was arguing with me one day in September about the first name of Kentucky's senate president. I ran into Senator Robert Stivers later that evening at the Kentucky Chamber of Commerce's Annual Meeting in Louisville and thought this would be a great way to prove I was right, HA! 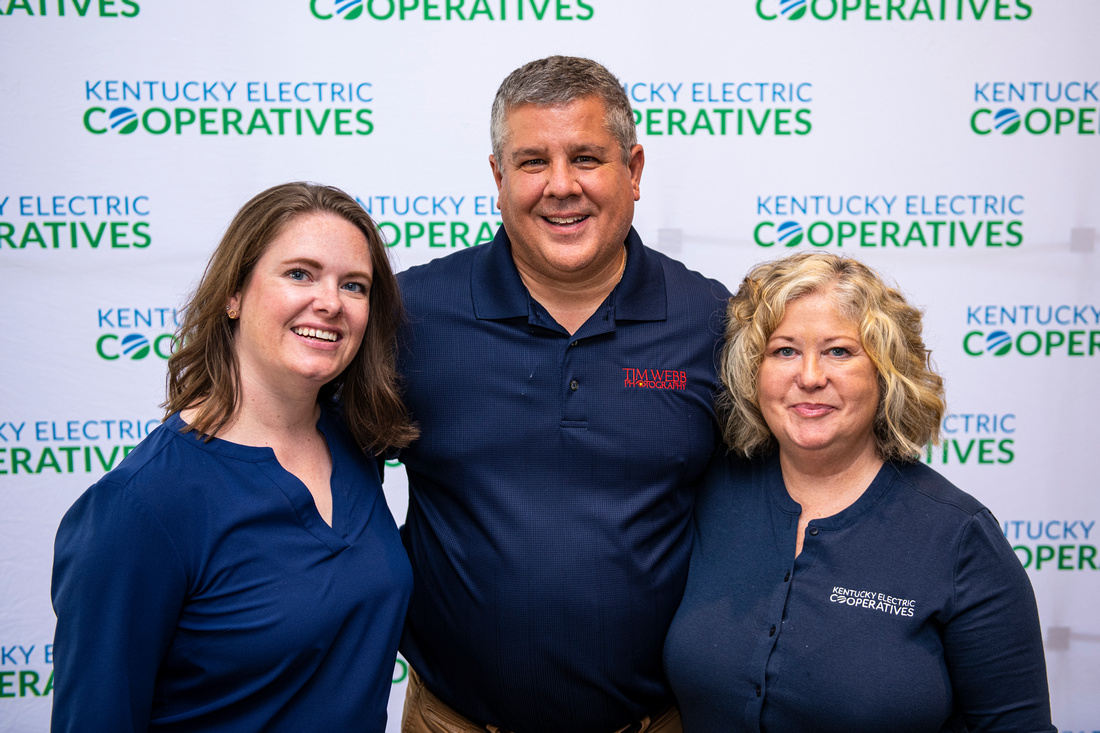 In Louisville with my two favorite magazine editors, Anita Travis Richter and Shannon Brock of Kentucky Living Magazine, above. Anita, below, is ready to retire in a few days. She and I have been working together for more than 18 years. She's a dandy! I'm going to miss working with her.

*As an editor's note, if you notice the carpet in some of these photos you'll figure out that I'm at the Louisville Downtown Marriott several times a year. It's a great place to host an event. 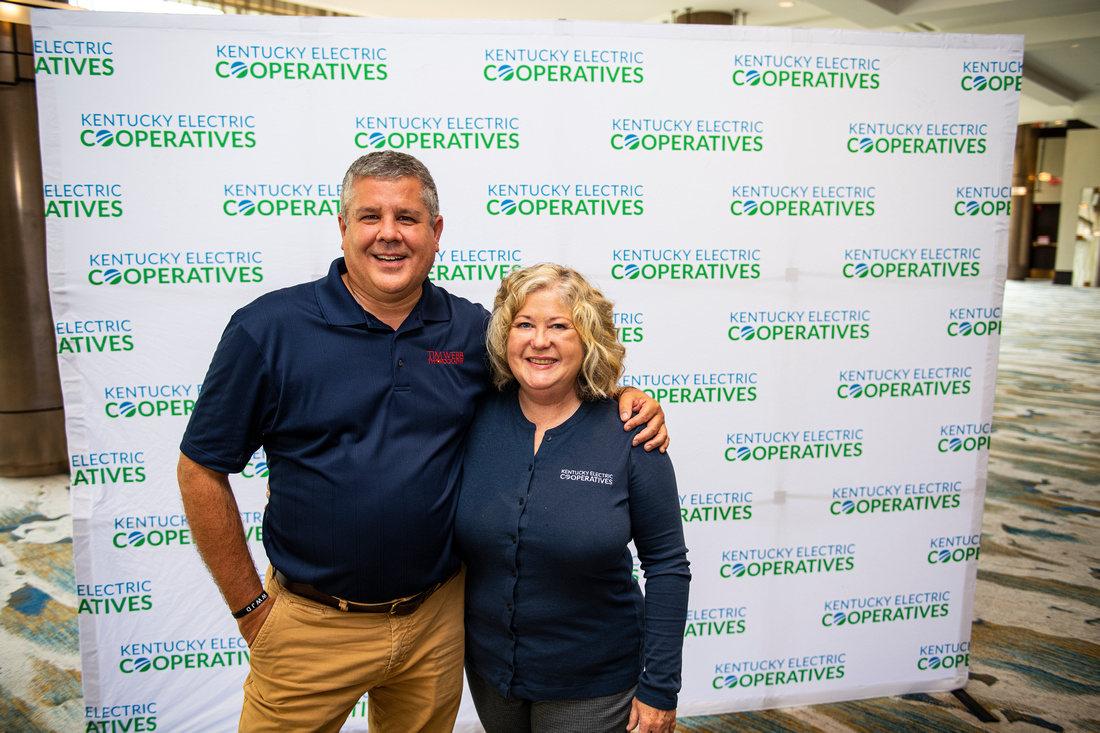