I was recently working on a project for EKU's Alumni Office for a magazine project that they're doing on Coach Roy Kidd. As I was diving into my EKU digital archive which officially began on the morning of August 2, 2001, and officially ended on January 23, 2004, I found a few gems that had fallen through the cracks at the time. I call this blog post Jones 305 because that's where my existence as a photographer was for a little over 9 years. EKU changed my life and changed who I was as a photographer. It was there that I first realized the importance of photography's most important element...light. Sadly, I had never given light it's due diligence before this time in my career.

I graduated EKU on December 12, 1992, with a degree in Journalism. After graduation, I went back to my hometown in Clay City and worked for my hometown newspaper, The Clay City Times. I came back to work for my alma mater almost two years to the day later on December 1, 1994. I was like a kid in a candy store working in a darkroom and office that was designed by Kodak in 1969 when the Jones Building was constructed.

My time at EKU totally shaped my career as a photographer because I went into the job as a boy and came out as a man, several hundred thousand photos later. I left EKU on January 23, 2004, and dove head-first into my own business as a freelance photographer. I will always love Eastern Kentucky University as both a former student and a former employee, and I will always appreciate the opportunity that Kentucky's school of opportunity gave me. 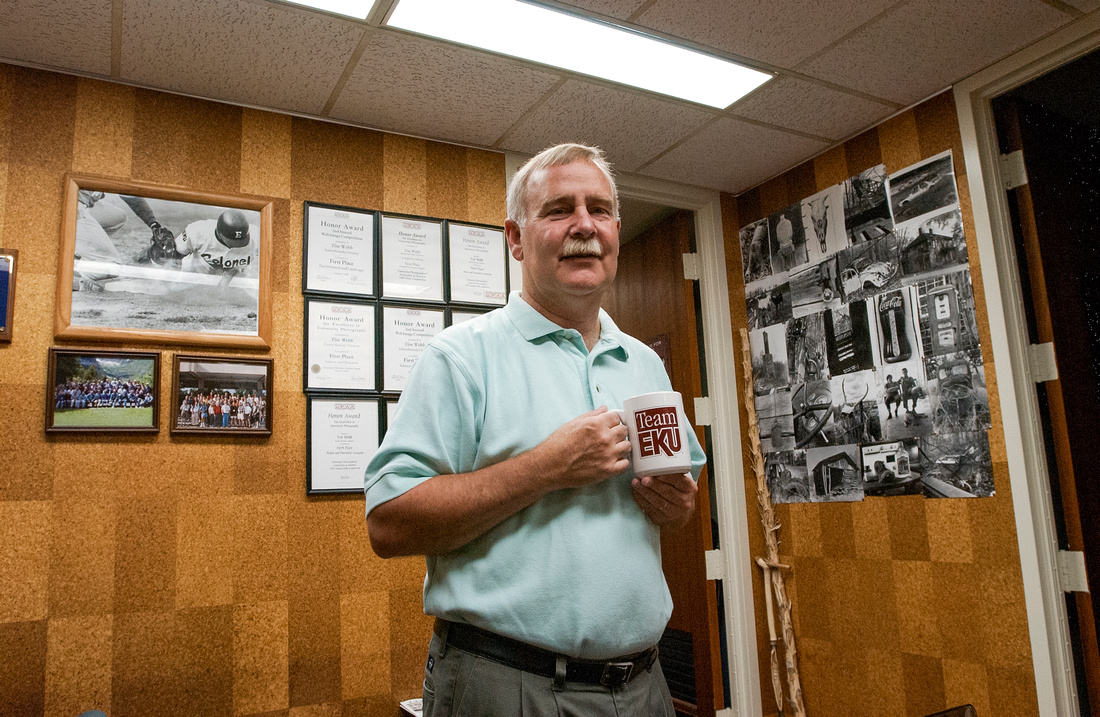 My first digital picture with an SLR camera came at 9:02 A.M. on August 2, 2001. I was unpacking and setting up my brand new Nikon D1X digital camera when our graphic designer Don Rist came through to get his morning coffee and stopped for a photo. Sadly, Don past away just a few months ago. 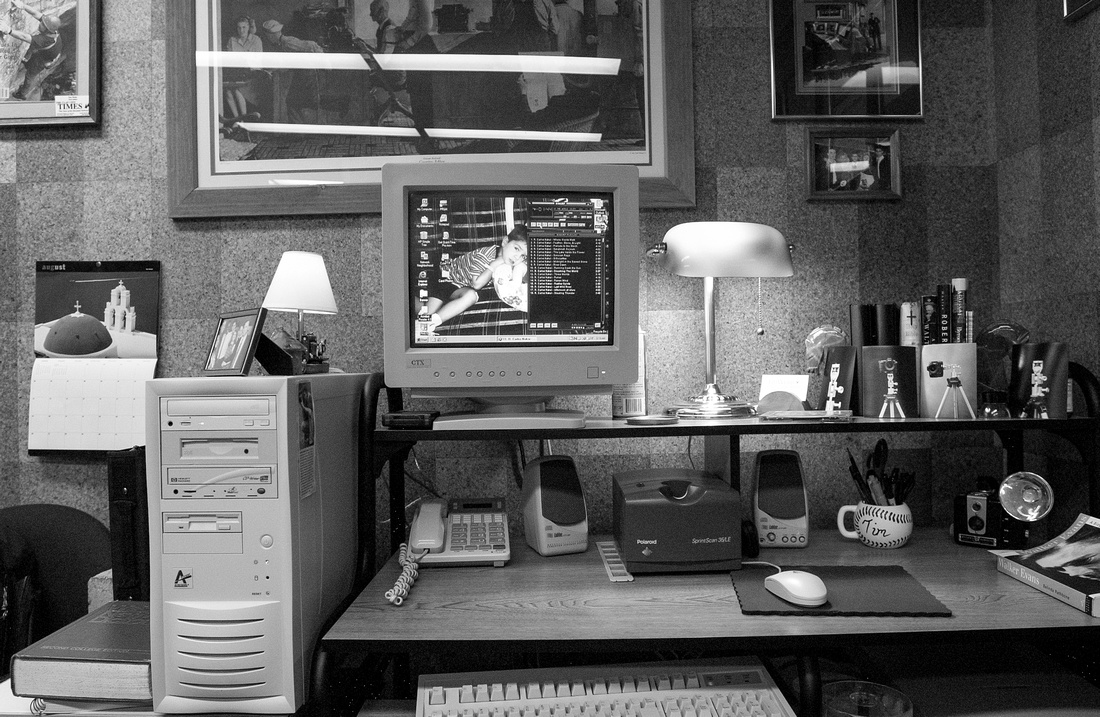 My second picture, a few minutes later, was of my computer desk in my office. 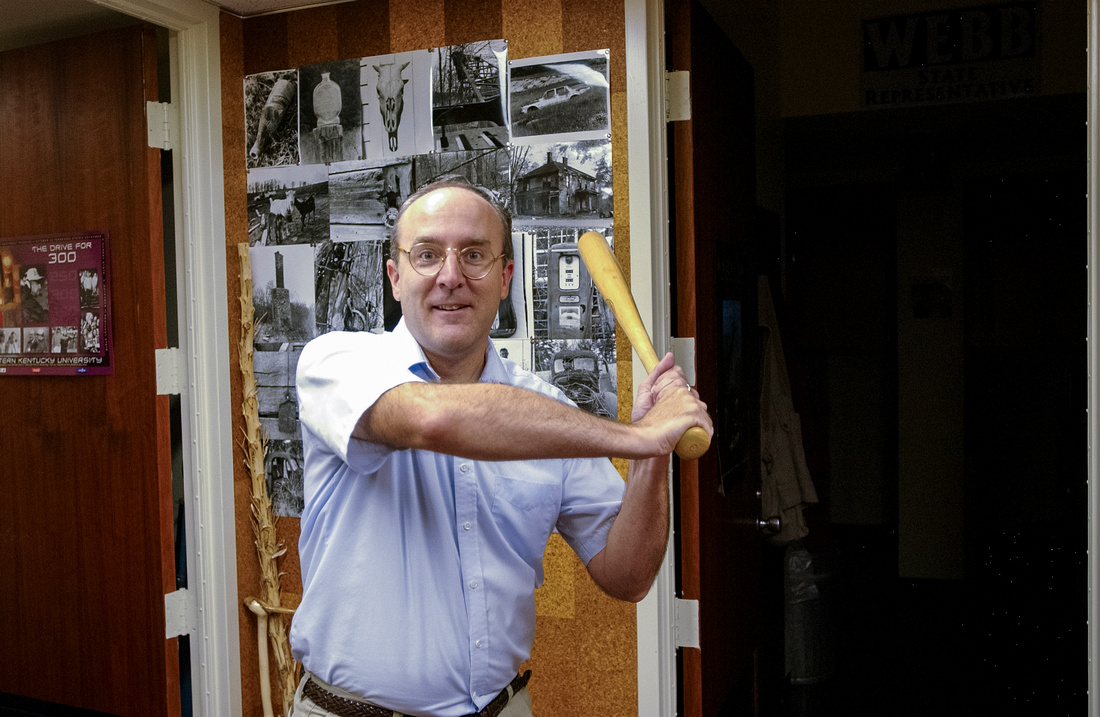 Jerry Wallace was the writer and the walking rock-n-roll encyclopedia in the office. 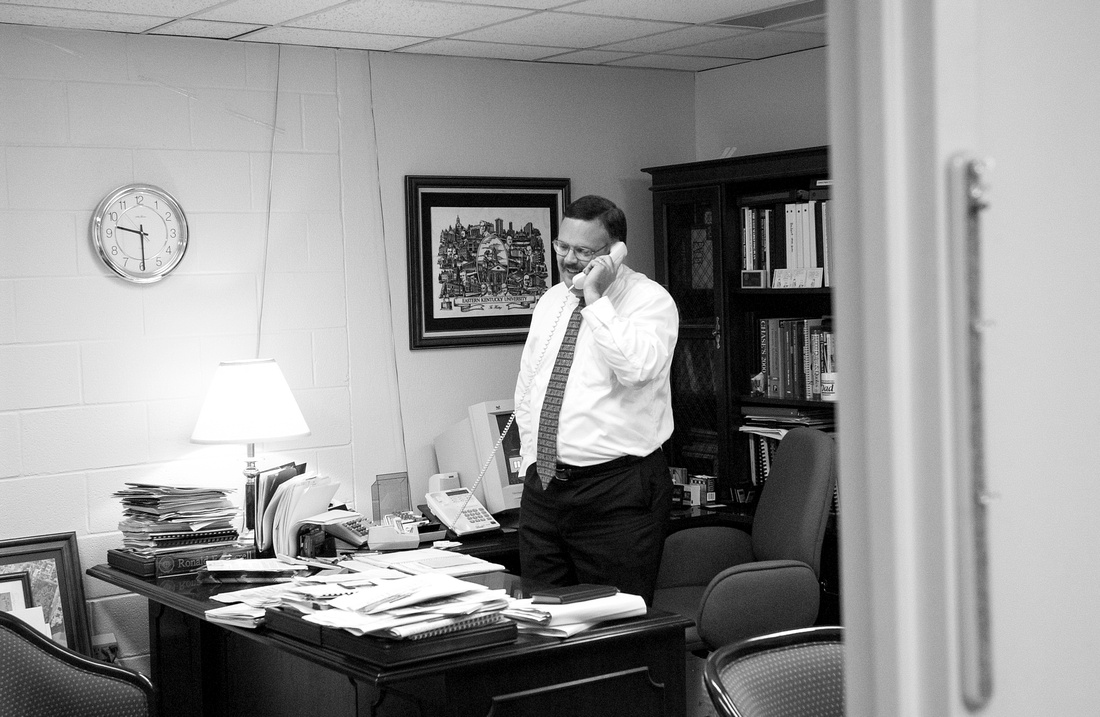 Our director Ron Harrell on the phone in his office. 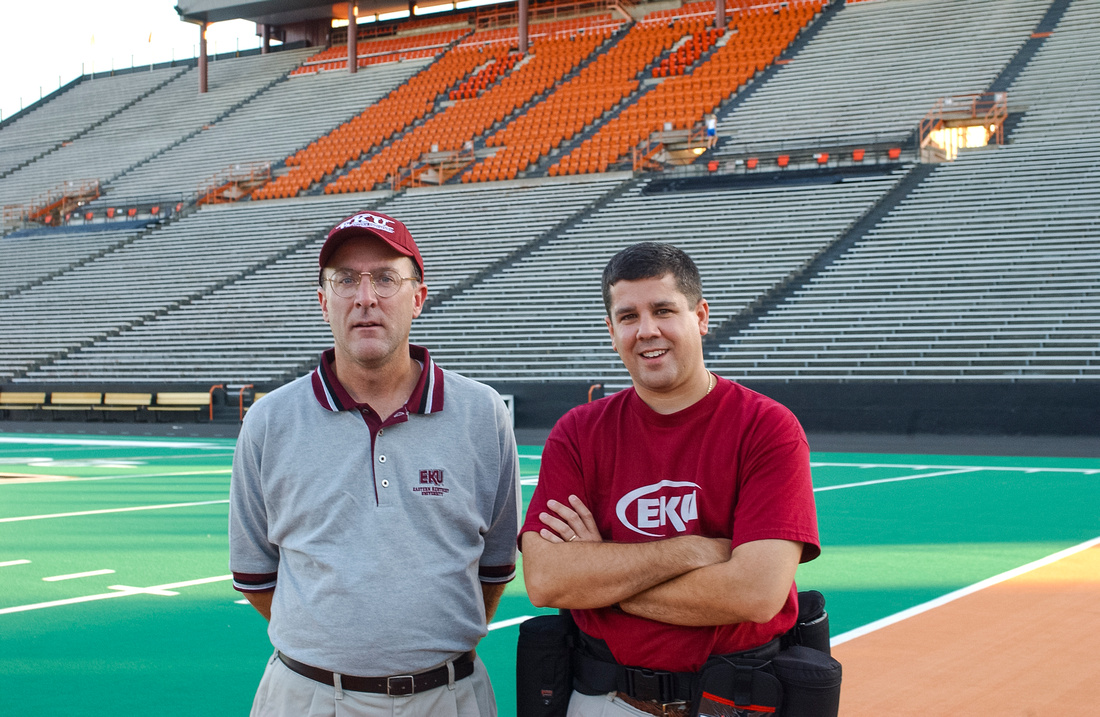 Jerry and I got to travel with the football team to Oregon State University in 2002. We got up early the day of the game and visited the Oregon coastline. 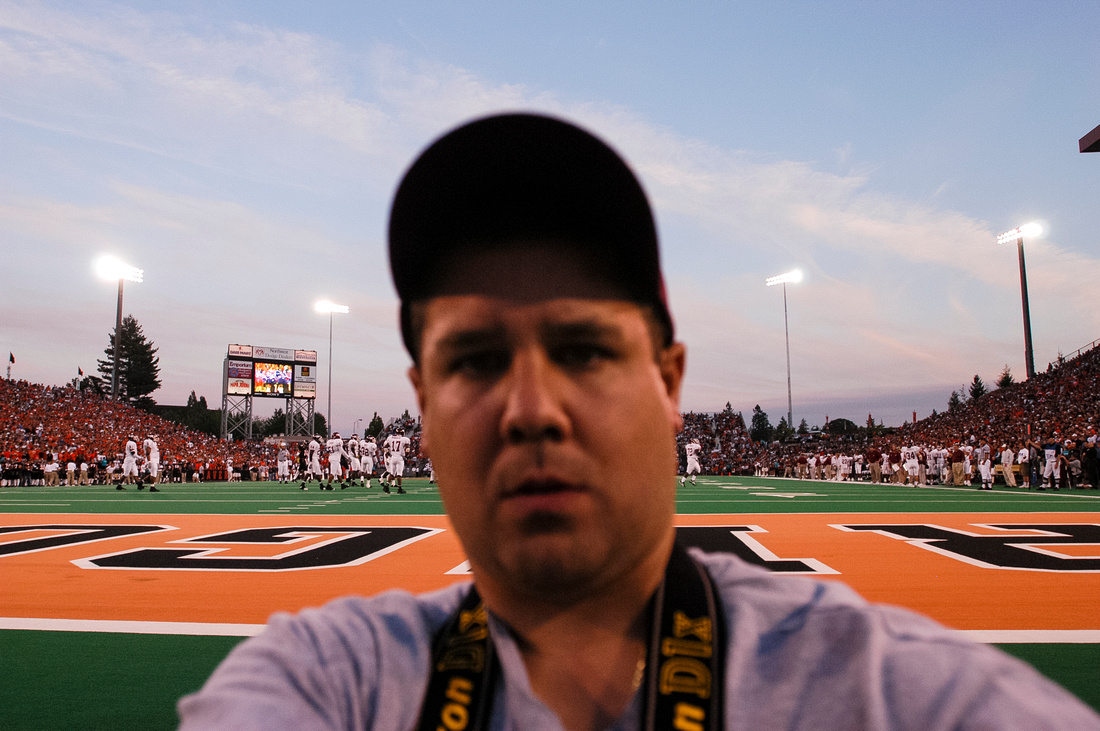 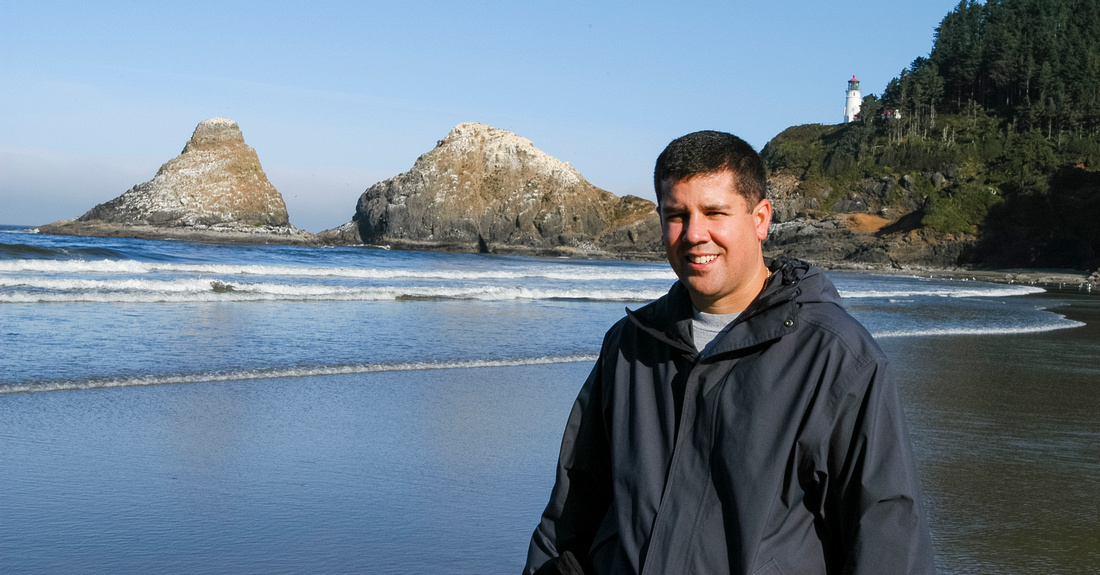 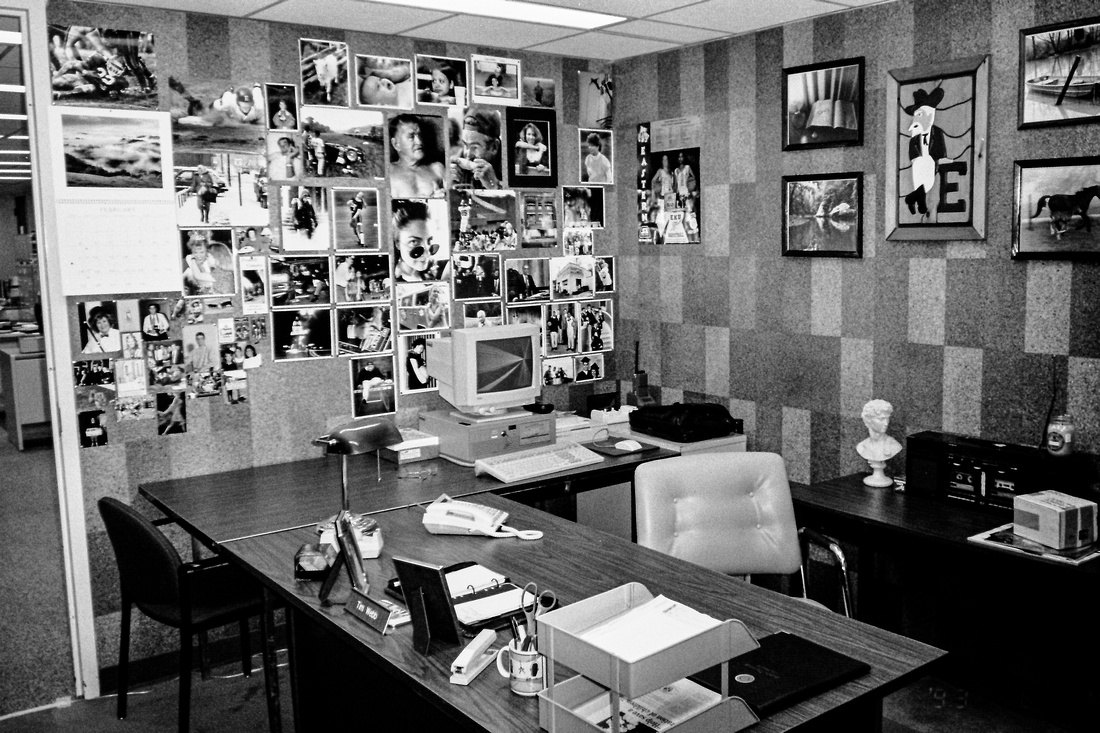 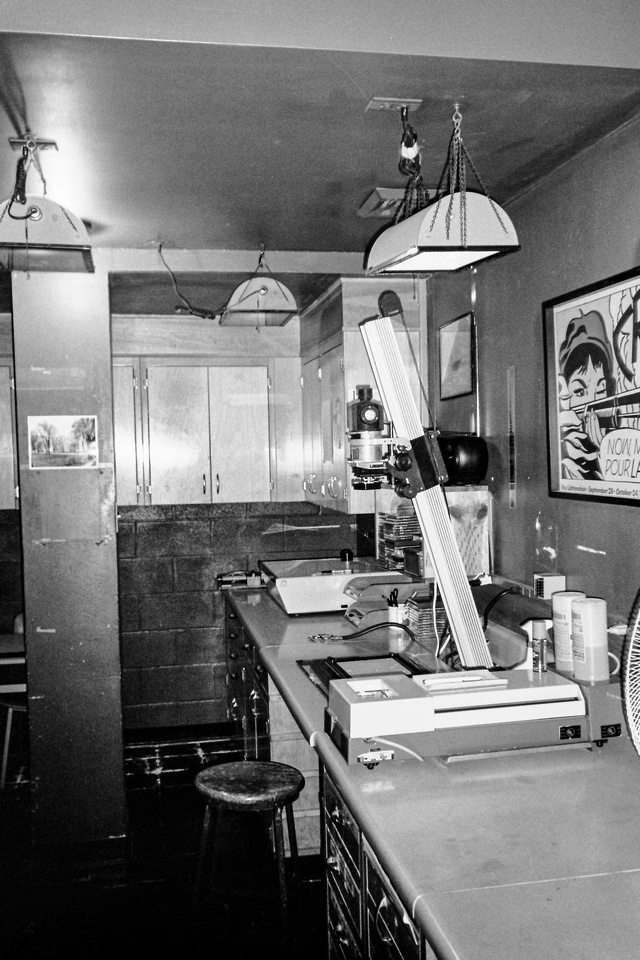 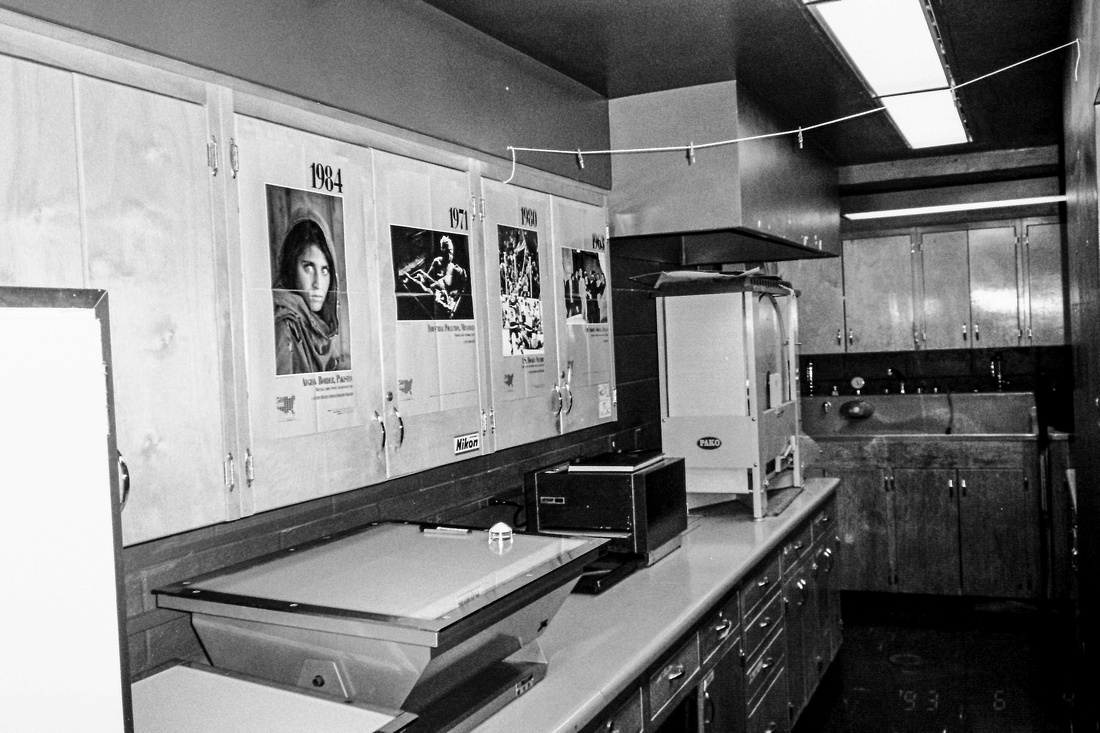 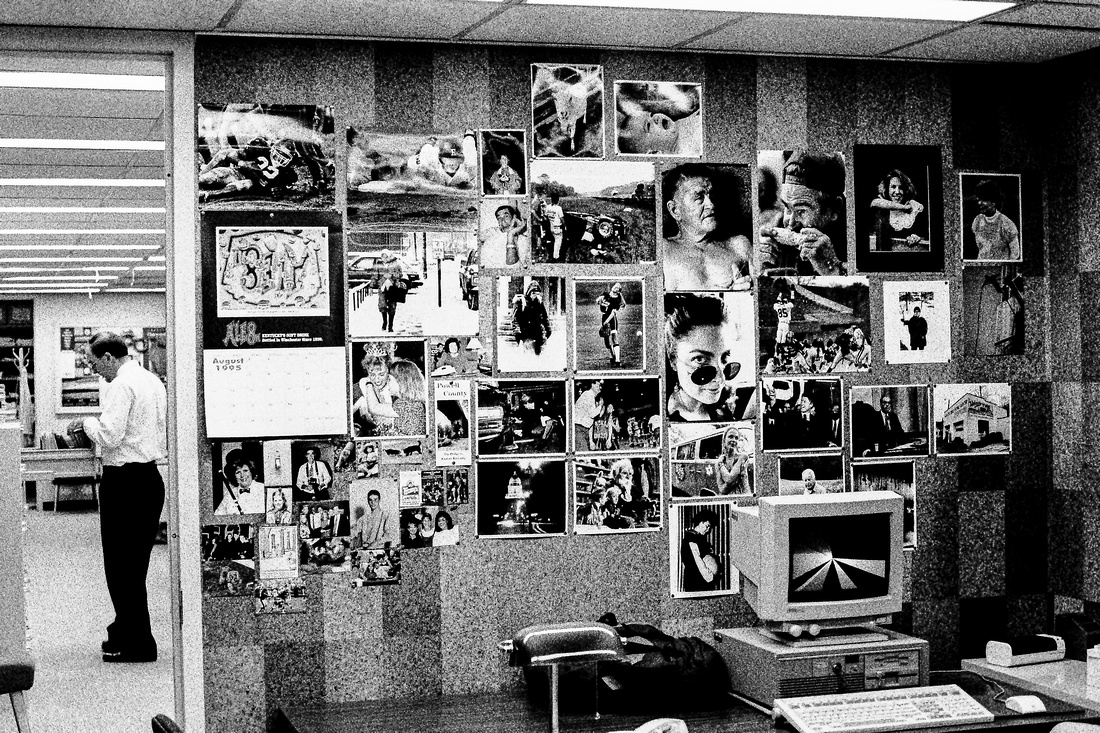 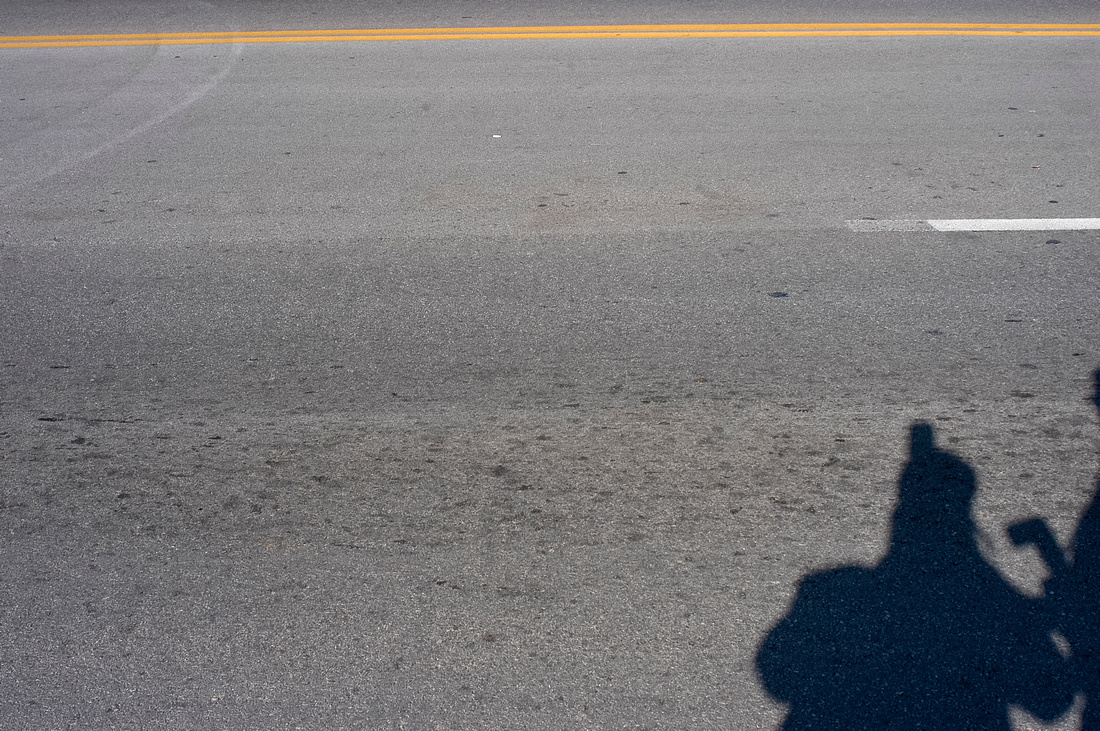 A mere shadow of myself covering the 2003 homecoming parade. 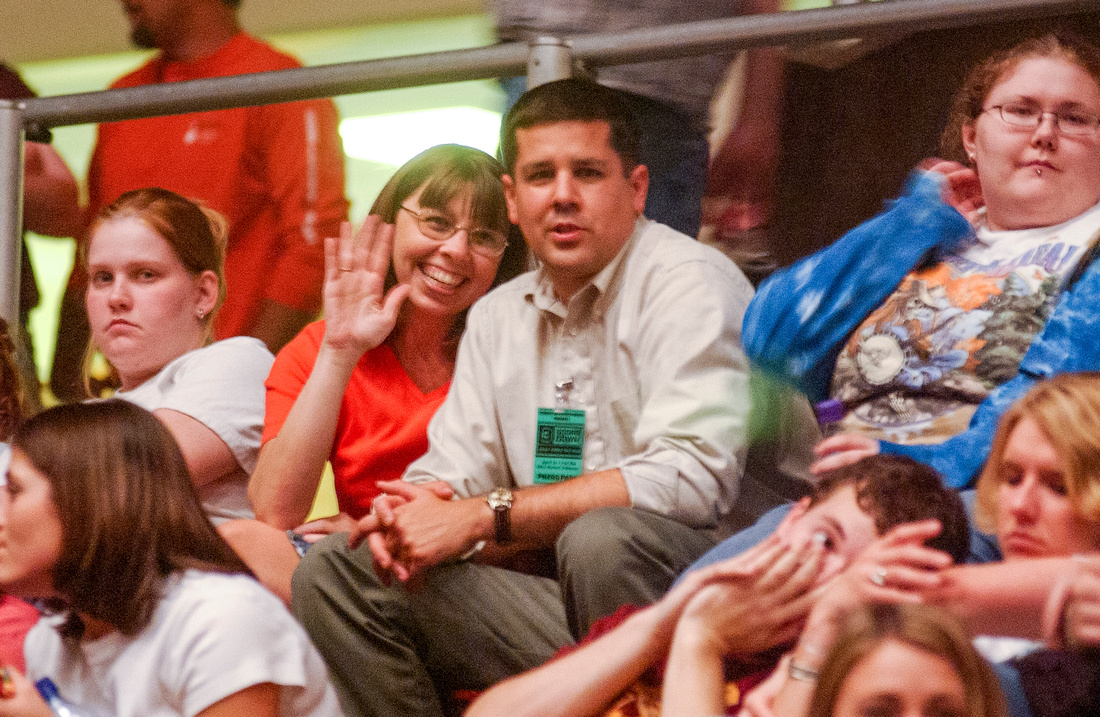 I decided not to shoot the Three Doors Down concert in April 2003, and instead sat next to another co-worker from our office Karen Lynn. 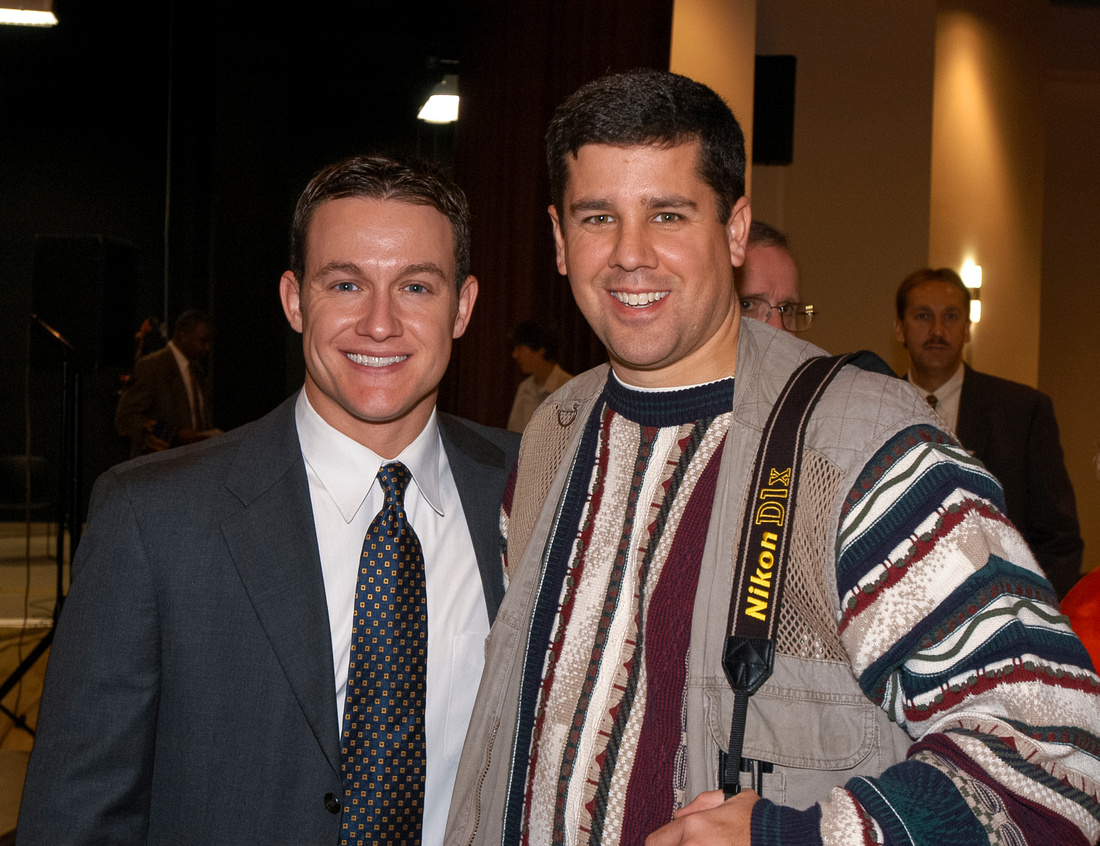 My former editor at The Eastern Progress and roommate in Frankfort during the spring semester of 1992, Terry Sebastian. Terry was back on campus in 2002 as Gov. Paul Patton's Press Secretary. 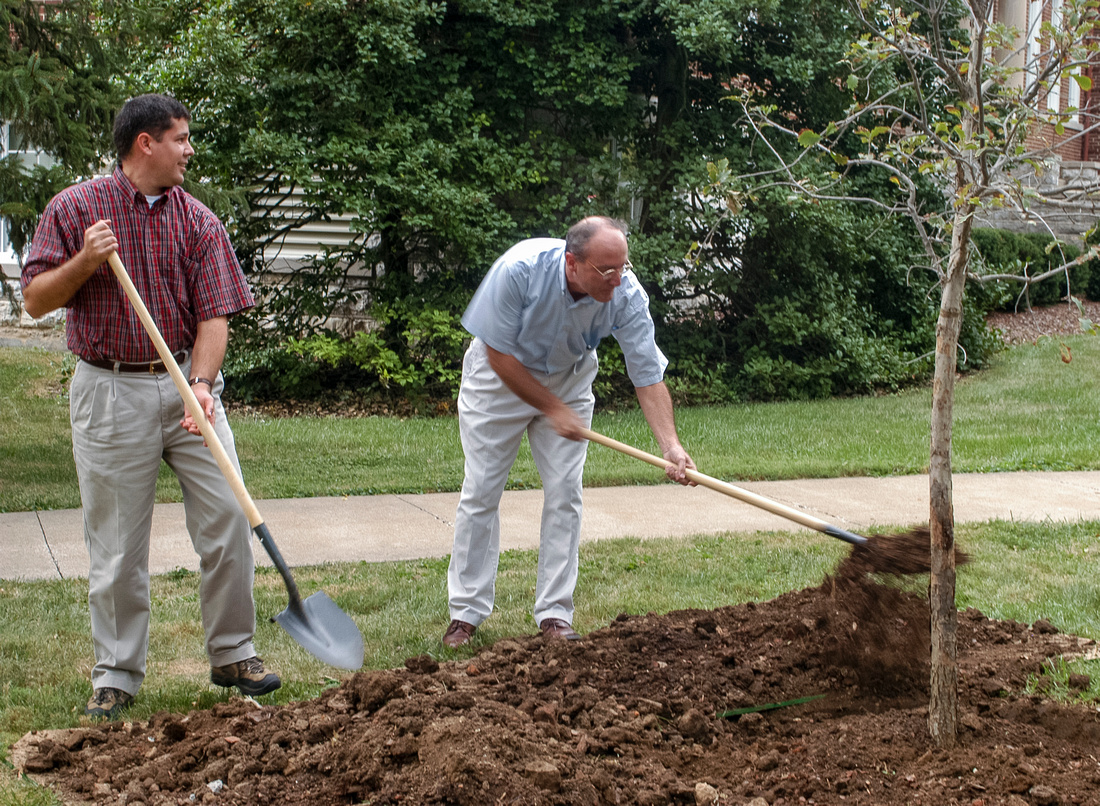 Jerry and I helping to plant a tree in front of the Cammack Building. 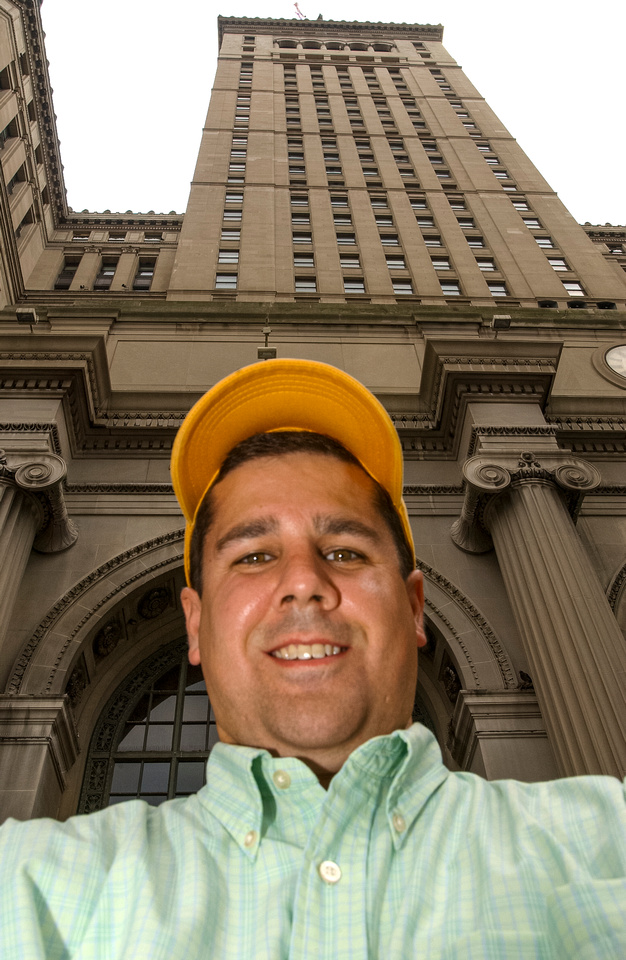 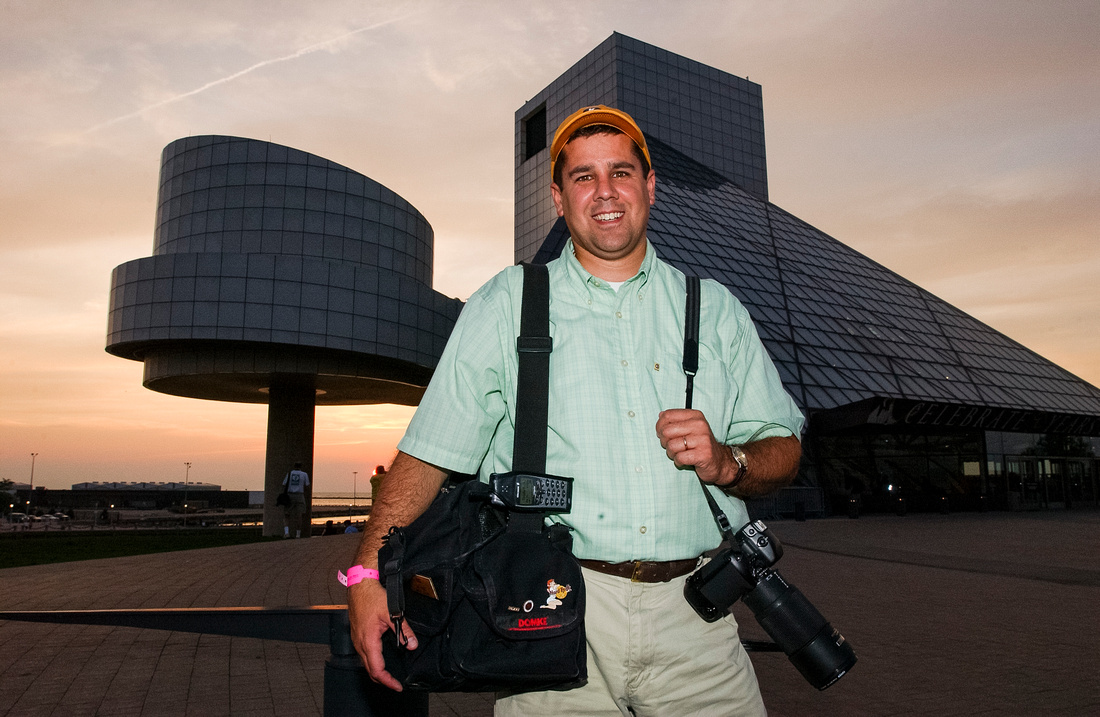 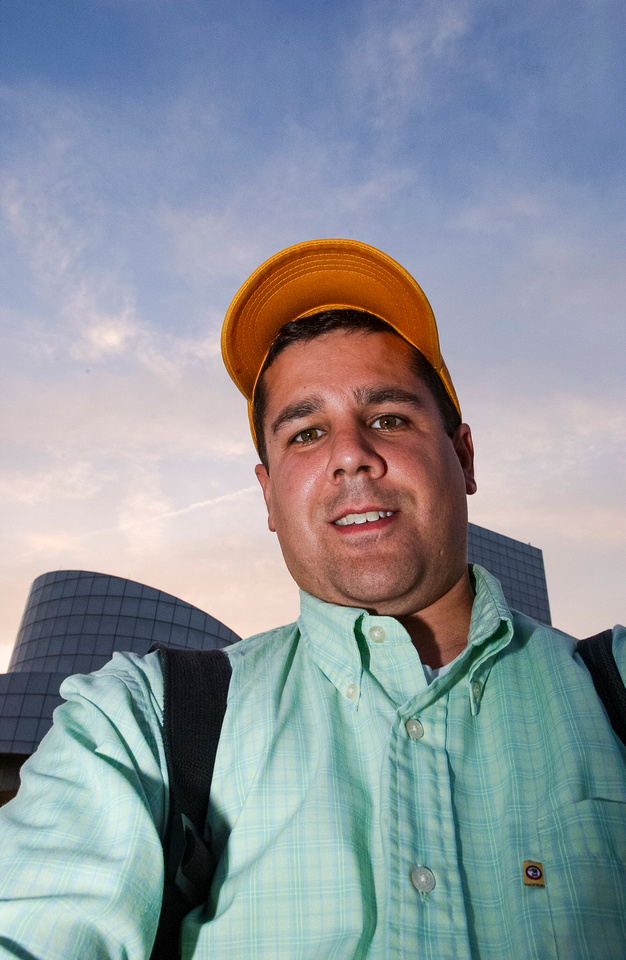 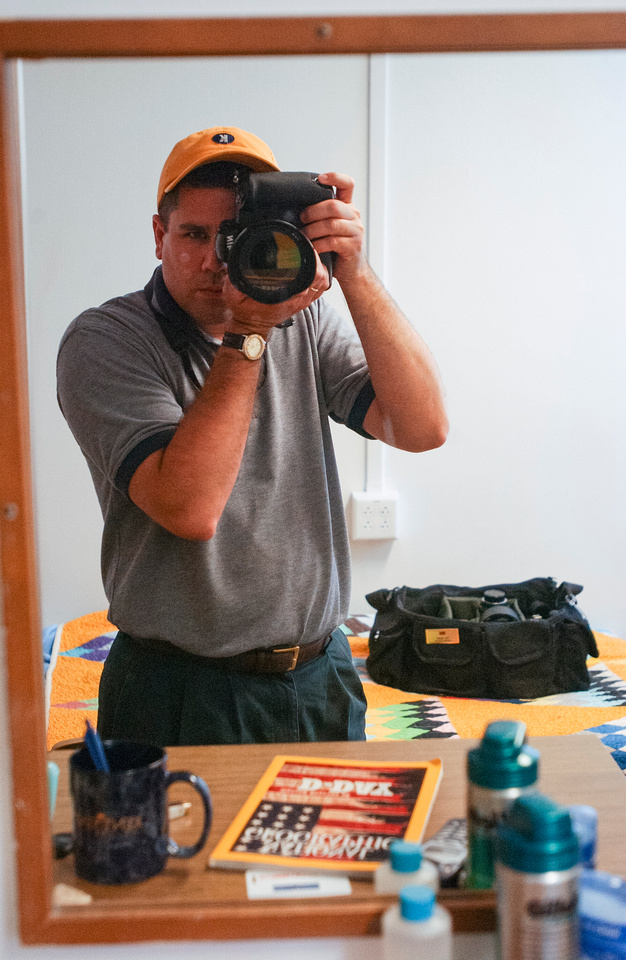 I was really active with the University Photographer's Association of America, seen here at our annual symposium
at Kent State with a side trip to Cleveland and the Rock n Roll Hall of Fame. I brought the symposium to EKU the following year. 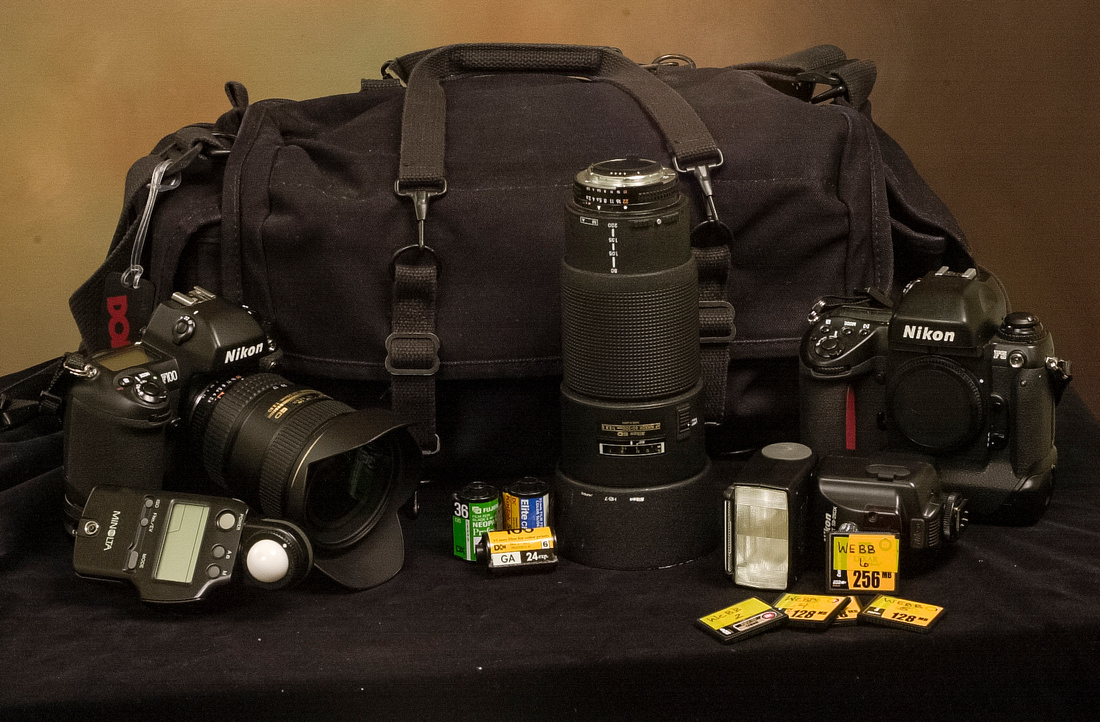 It's funny to think about now, but with one leg still in film and one leg in digital, I really was a pioneer in the Digital Revolution. I literally kept a film camera, left, and a digital camera, right, in my bag for a while in 2001. Where I started in photography at such a young age, I still have more time with film & chemicals, 23 years, than I do digital, 20 years. 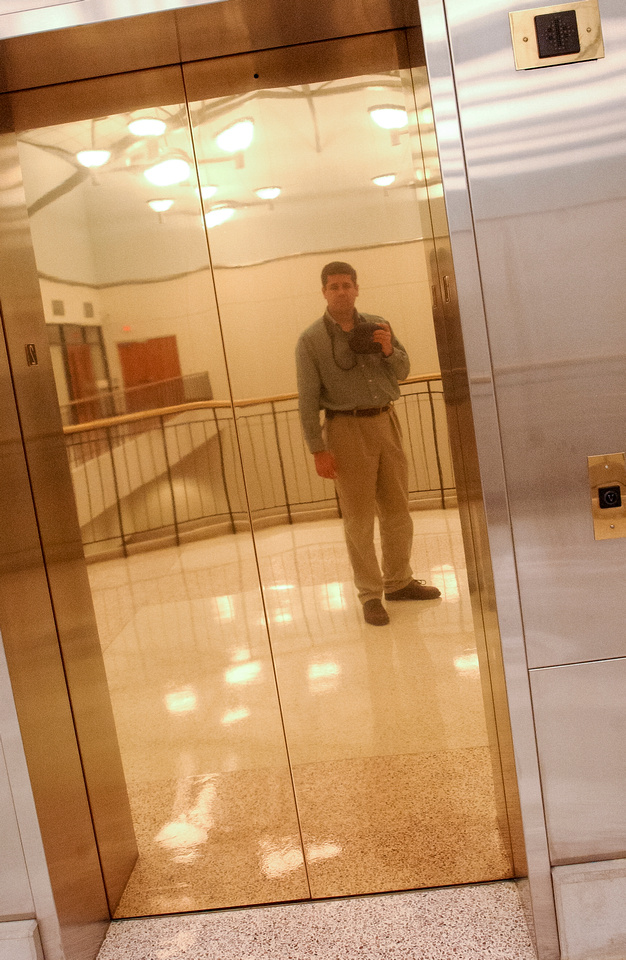 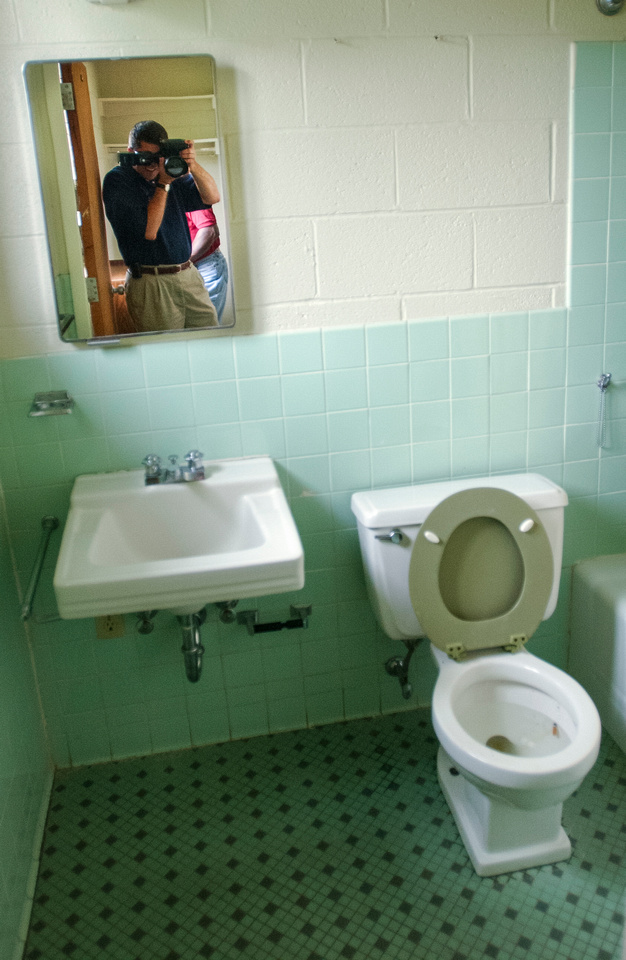 I always wanted to do a coffee table book on the best bathrooms on campus. My personal favorite was the men's restroom
in the Burrier Building because that building had the Home Ec classes and was full of girls, which meant the
men's room was always open. 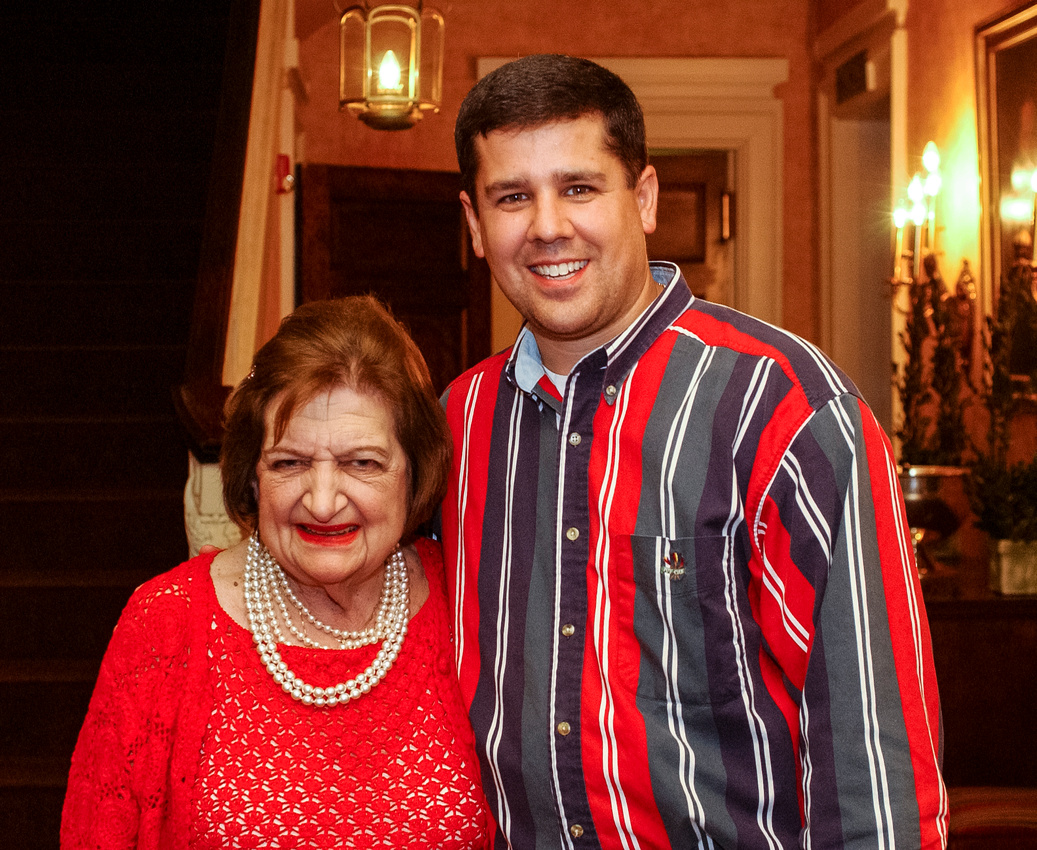 I got to meet the venerable White House Correspondent Hellen Thomas in May 2002. She gave the best commencement address that I ever heard while at EKU. 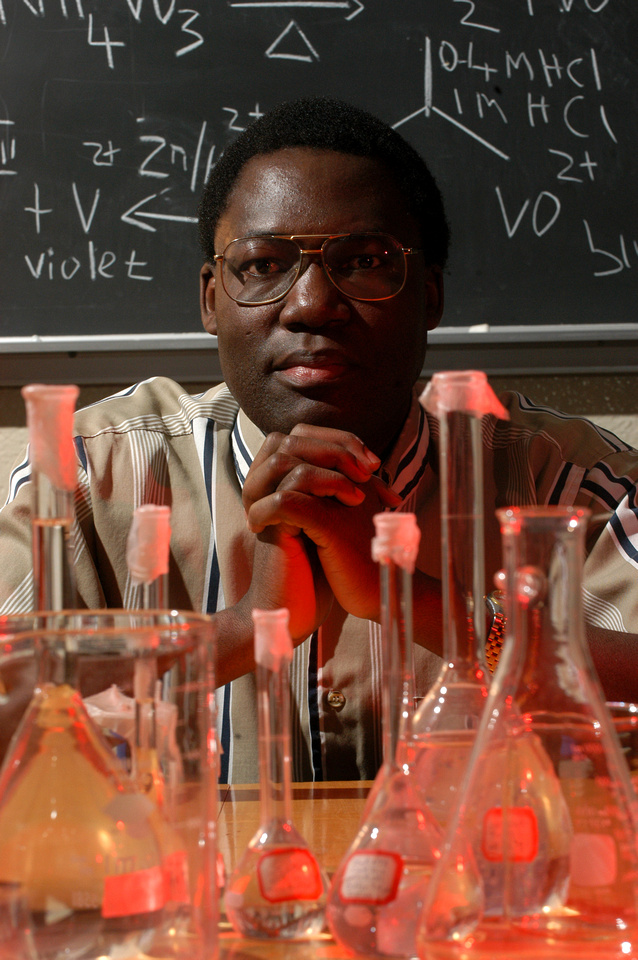 My last official photo as EKU's University Photographer was of chemistry professor Tom Otieno on January 22, 2004.
The following day was my last day. Ironically, our two sons Chris and Cameron would go on years later to become best friends.
It all comes full-circle!