March 24, 2011  •  Leave a Comment
I’ve been going to the Kentucky Sweet 16 Boys State Basketball Tournament since early high school. I look forward to this tournament every year. Kentucky’s tournament is top shelf and is studied by other states. In my opinion, the thing that makes it great is that there are no class distinctions like most states. The small schools play the big schools, the public schools play the private schools, and you still never know who will win. This year nobody saw Rowan County making it to the championship game, and nobody certainly didn’t see the Western Kentucky boys from Christian County knocking off #1 Louisville Eastern, on their way to a double overtime thriller and the state championship on Saturday night.
The thing that I love most about the Sweet 16 is that it signals the true beginning of Spring to me with warmer weather, and a steady dose of basketball in the middle of March. You can watch the high school kids play in front of you, while catching NCAA updates and games on your iPhone. 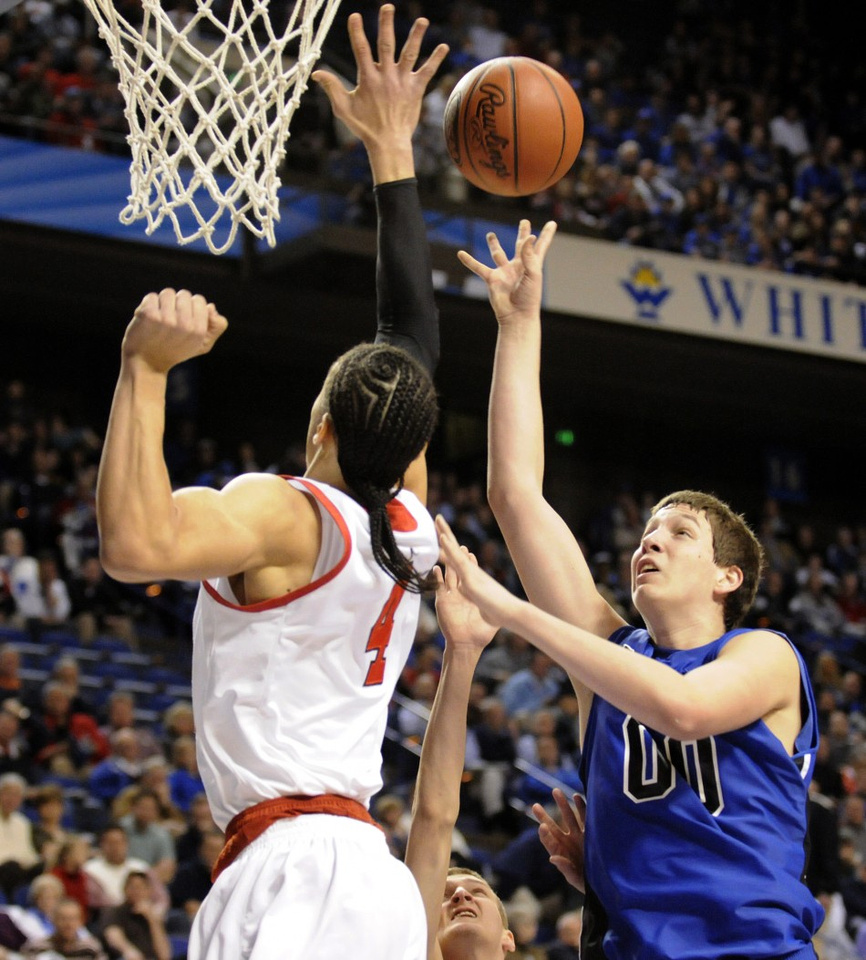 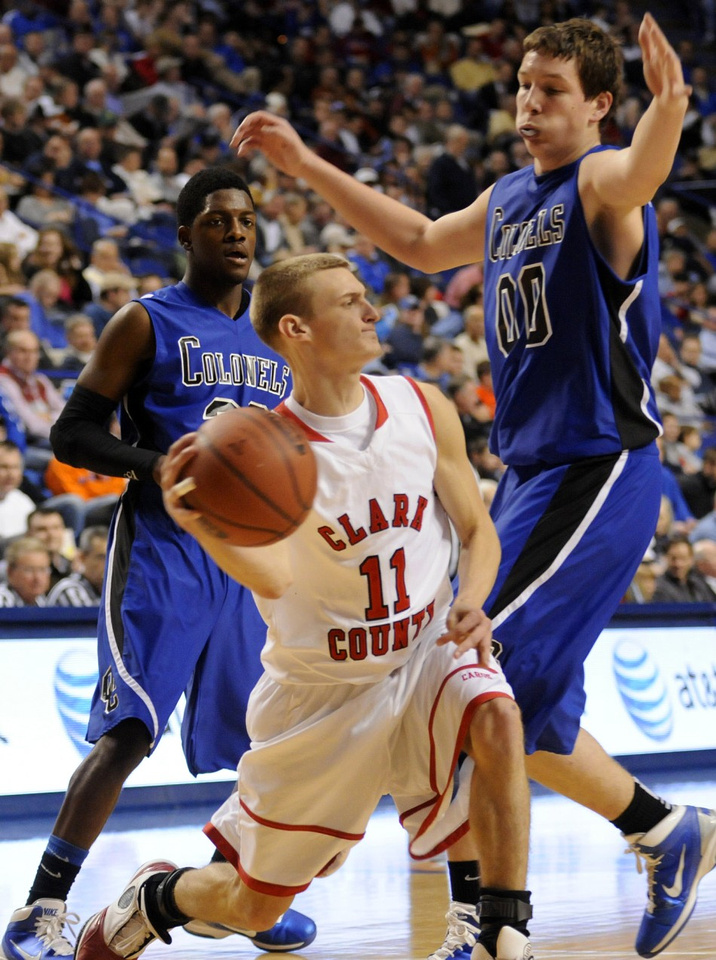 Clark County's Bopper Stenzel passes around Oldham County's Kerry Smith, left, and Tyler Wesley, right, during the opening round of the Sweet 16. 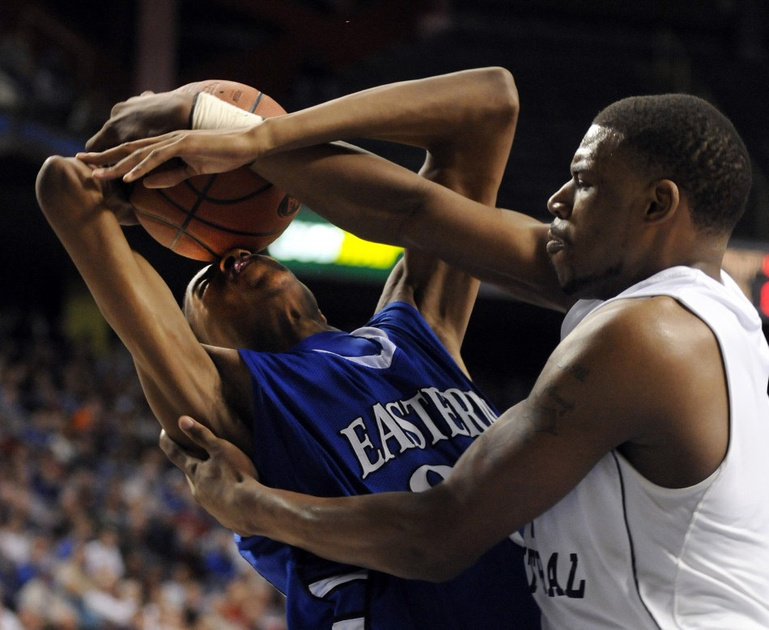 Eastern's Kameron Woods uses his face to secure a rebound against Warren Central's George Fant, during the opening round of the Sweet 16 in Lexington. Eastern won 54-51. 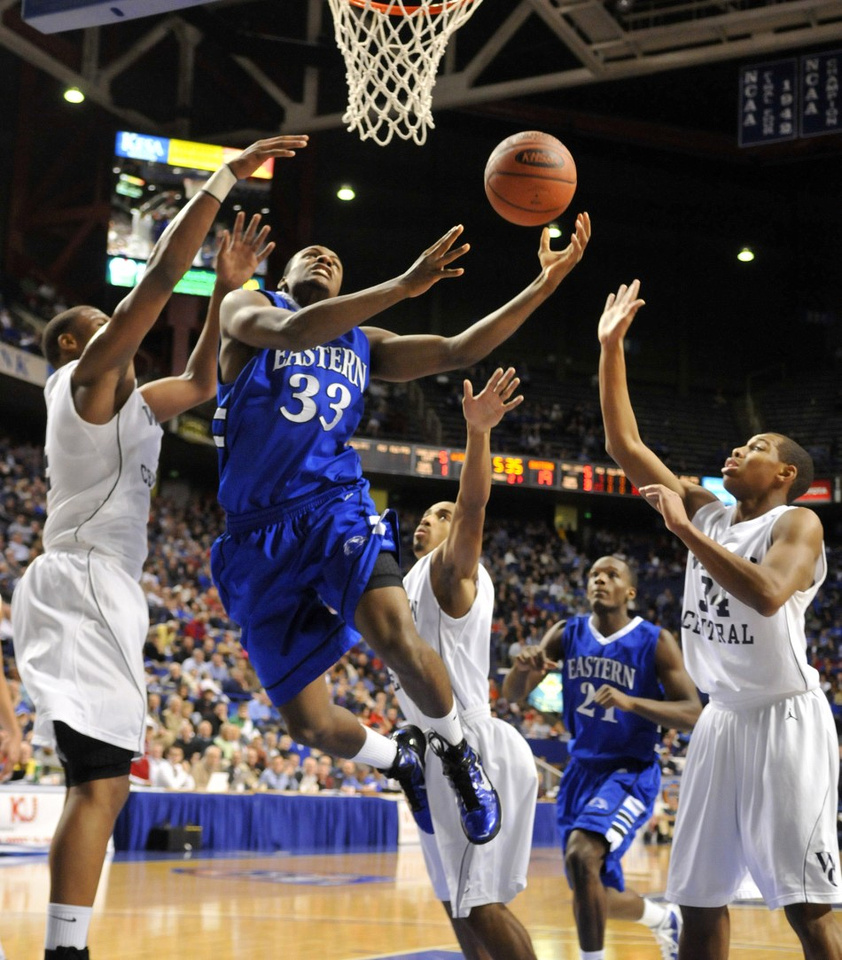 Eastern's Arman Marks drives the lane against the Warren Central defense, during the opening round of the Sweet 16 in Lexington. Eastern won 54-51. 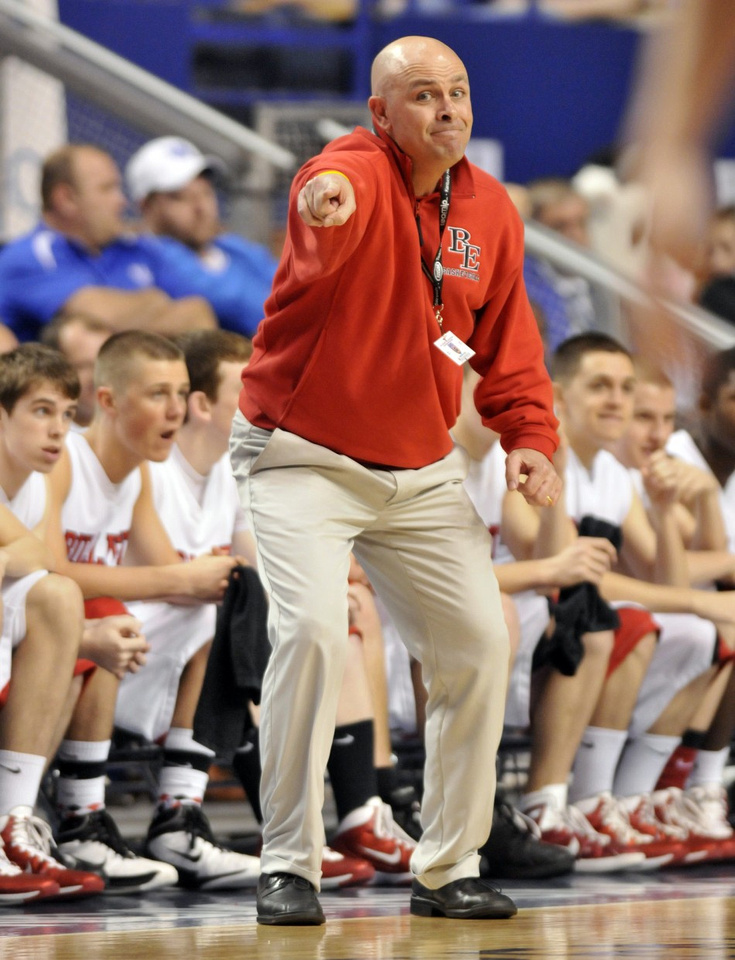 Bullitt East coach Troy Barr makes a point to his team from the sideline against Bardstown. 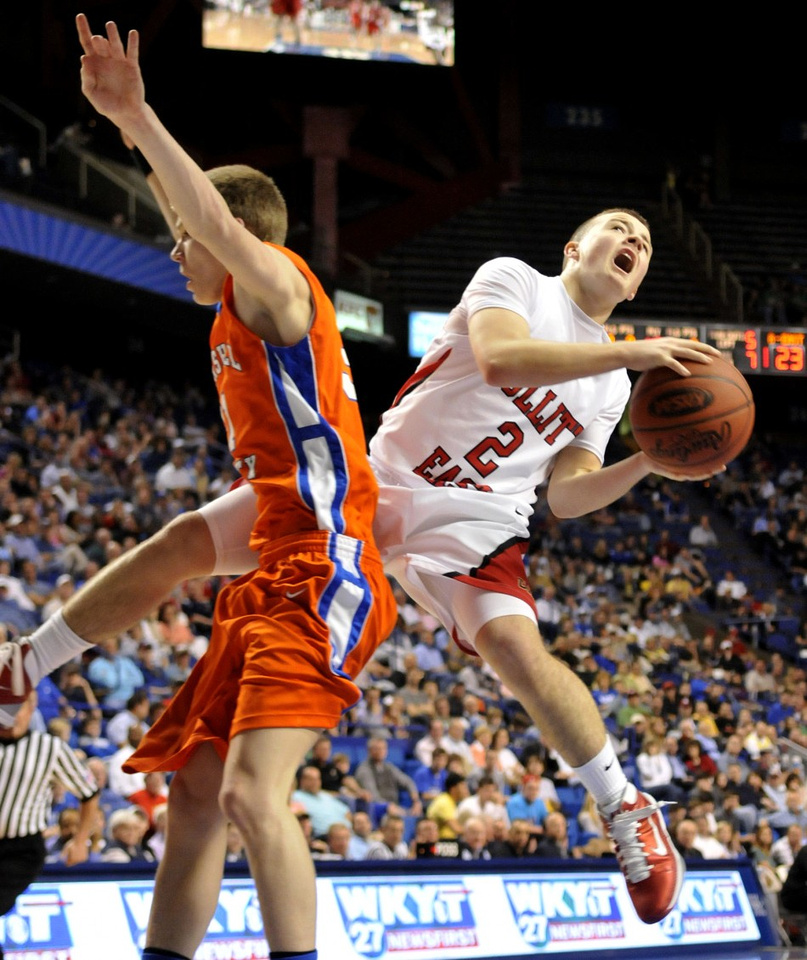 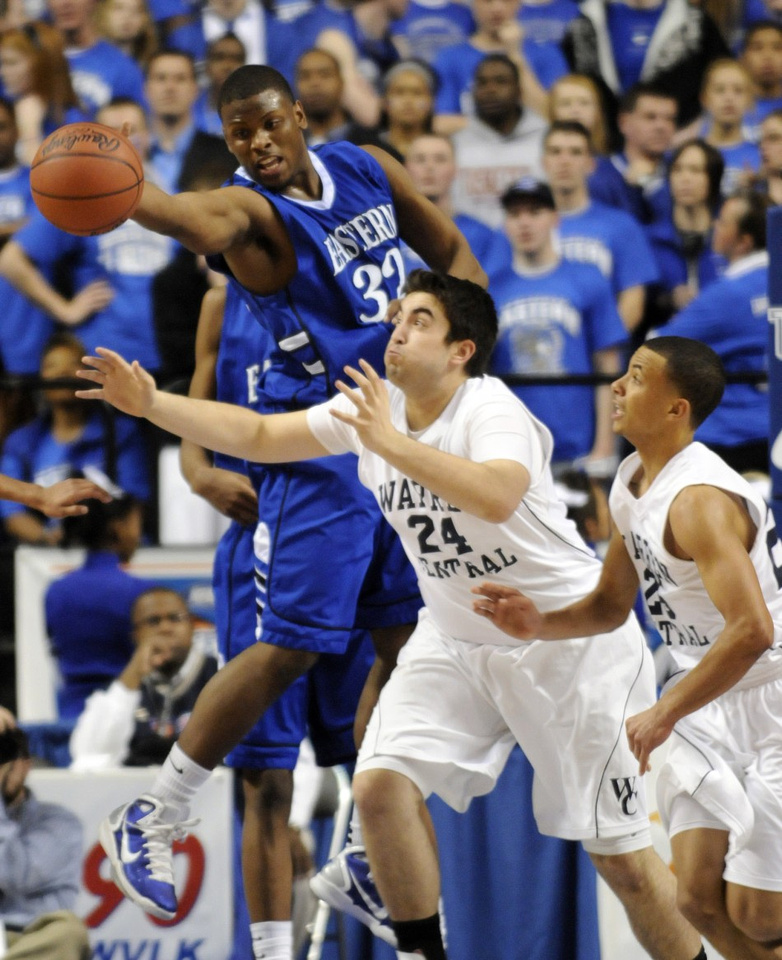 Eastern's Jon Davis fights for a loose ball against Warren Central's Adam Bradley, during the opening round of the Sweet 16 in Lexington. Eastern won 54-51. 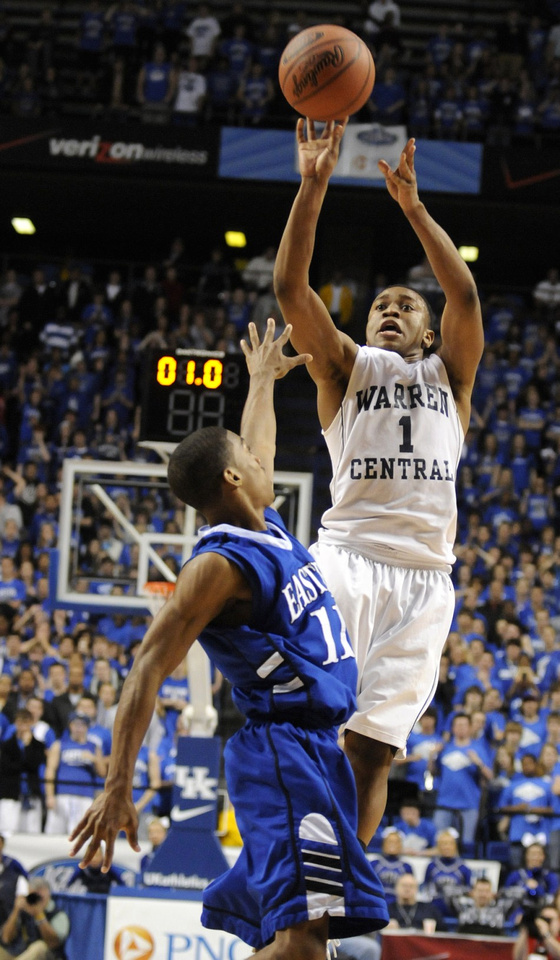 Warren Central's Jordan Shanklin tries to send the game to overtime on a 3-pointer over Eastern's Byron Sanford with one second left, but the ball rimmed out, during the opening round of the Sweet 16 in Lexington. Eastern won 54-51. 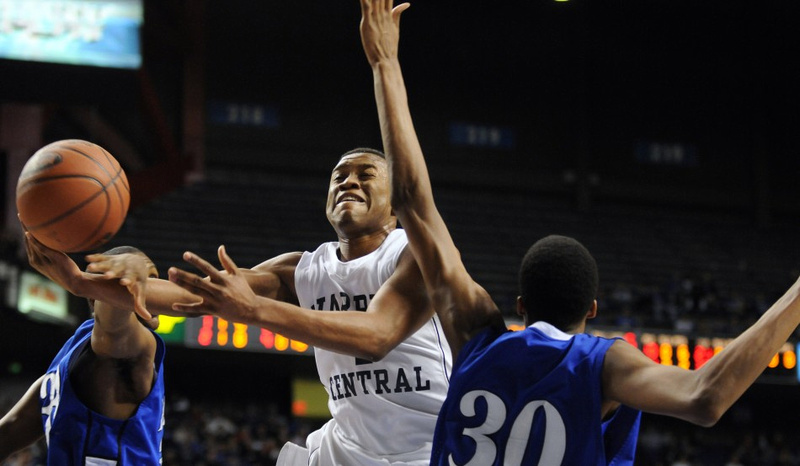 Warren Central's Jordan Shanklin is fouled by Eastern's Arman Mark's, during the opening round of the Sweet 16 in Lexington. Eastern won 54-51. 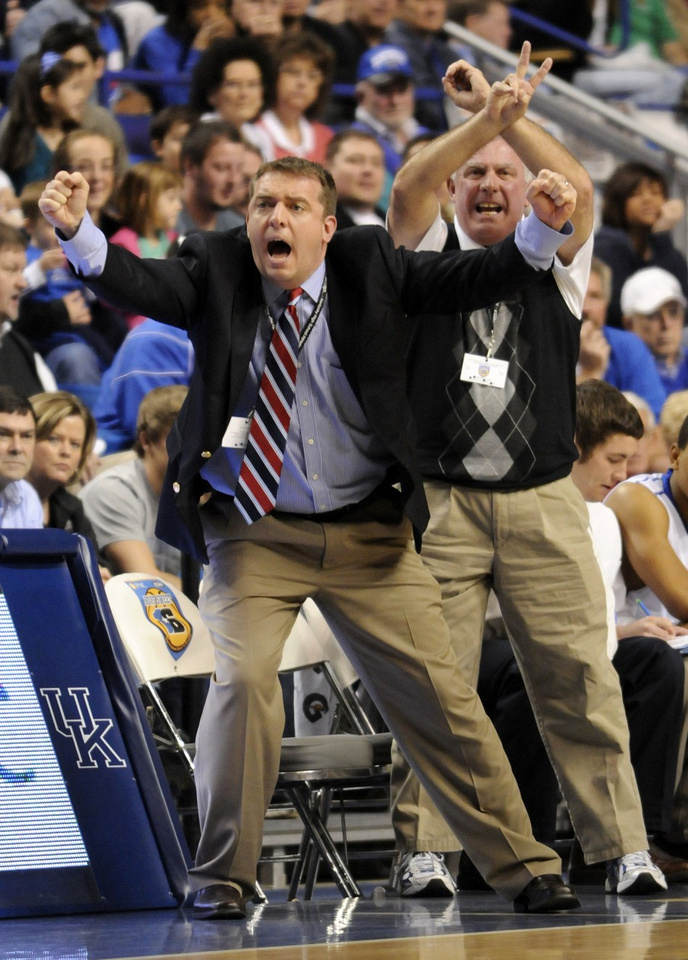 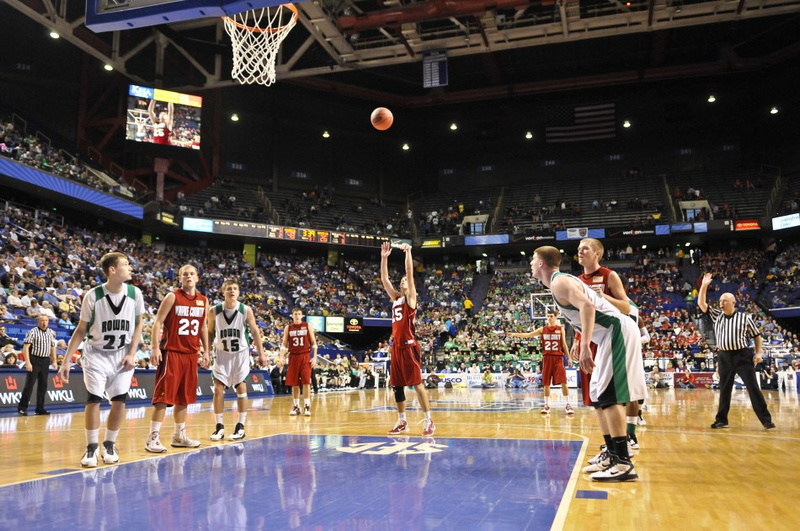 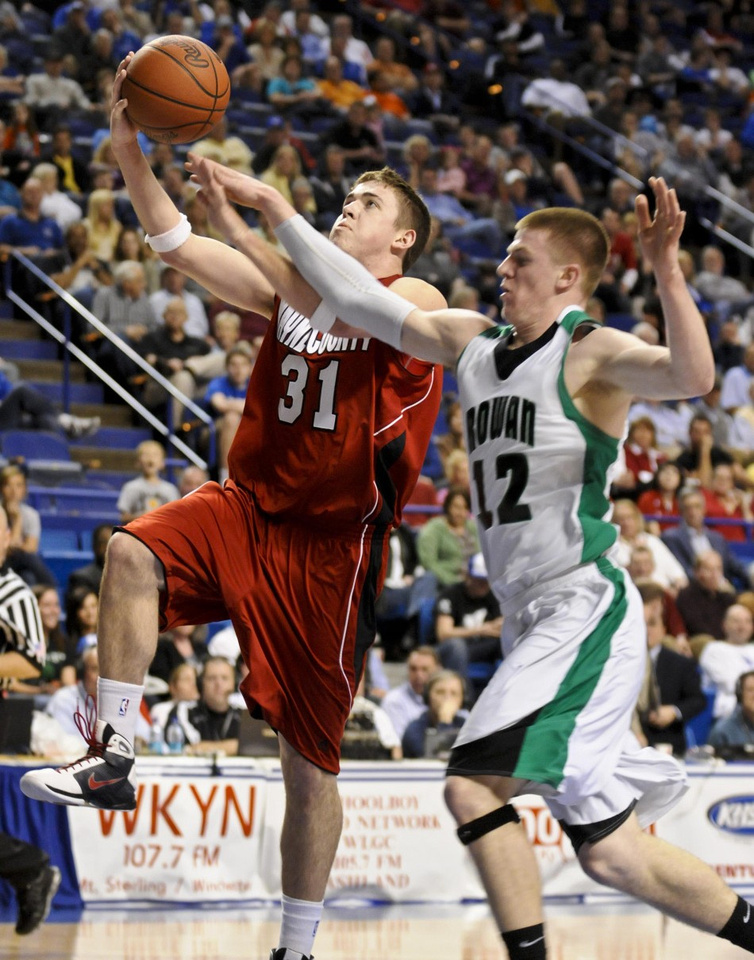 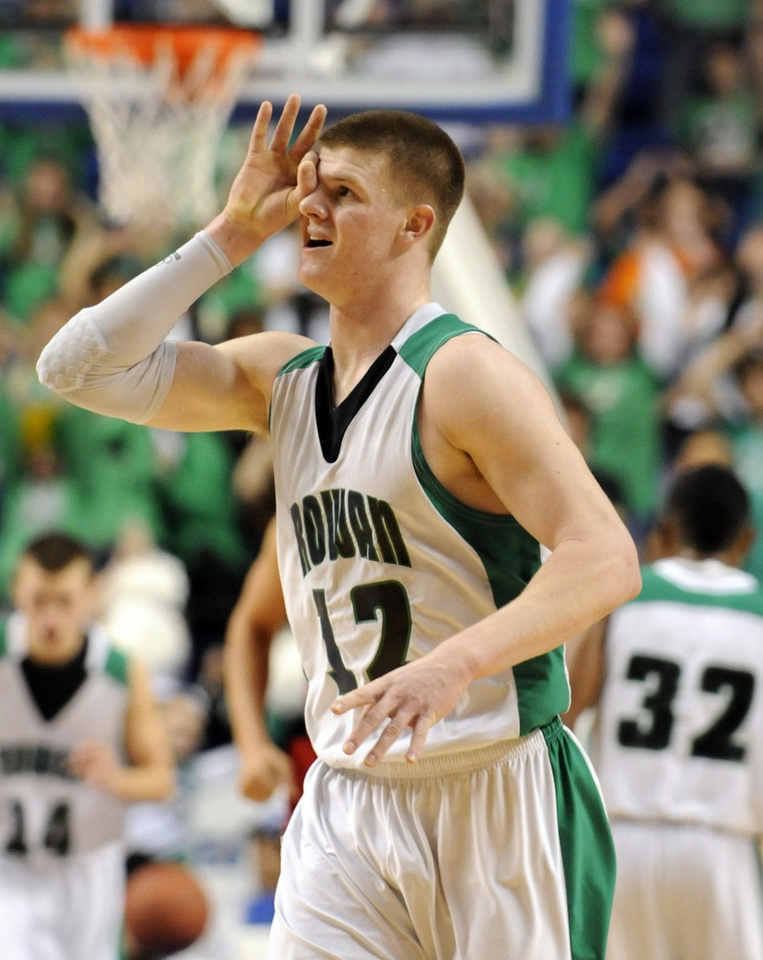 Rowan County's Adam Wing celebrates after hitting a 3 pointer in the semi finals against Bullitt East. 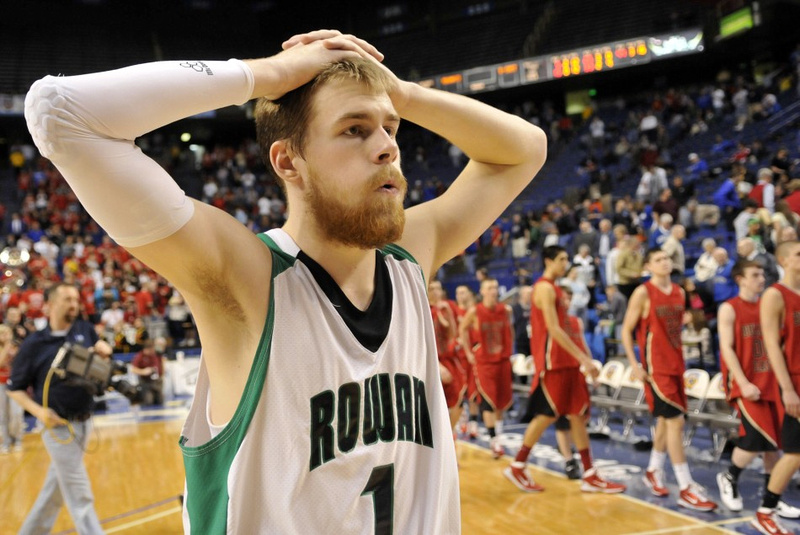 Rowan County's Corey Hunter breathes a sigh of relief after knocking off Bullitt East in the semi finals. 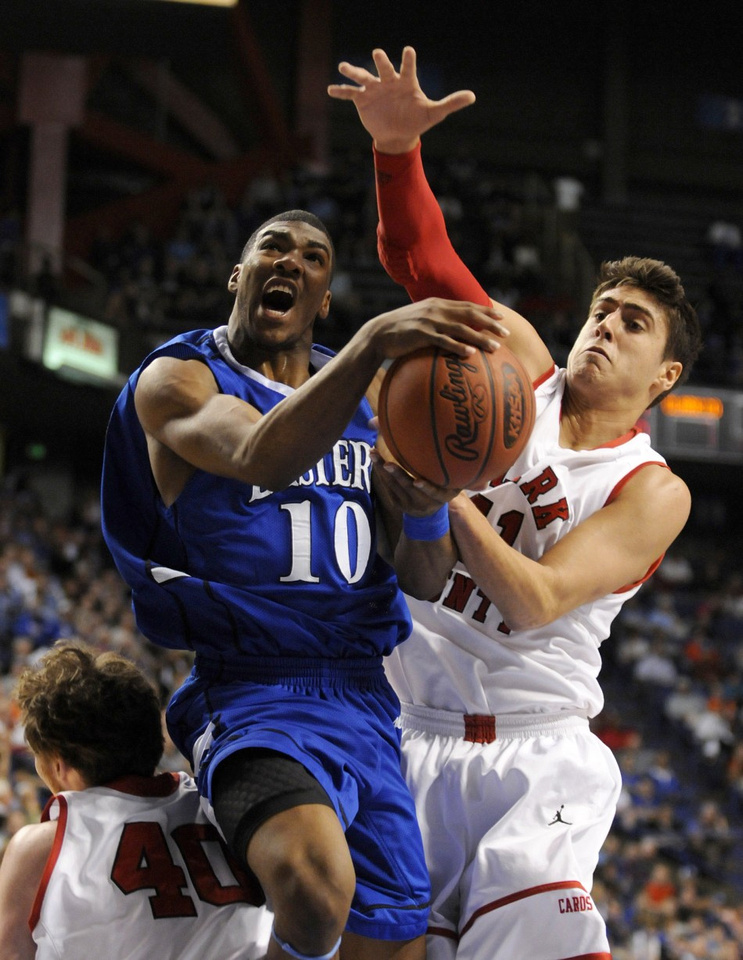 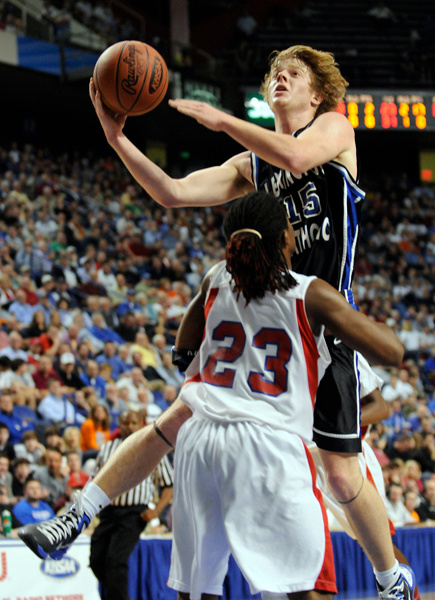 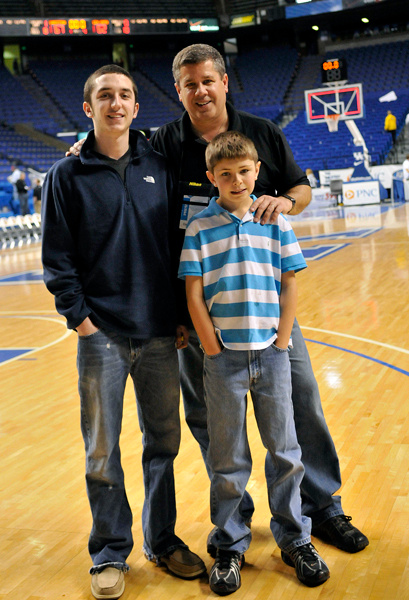 My 9-year-old son Cameron and our cousin Austin Monnett got to enjoy the tournament this year. 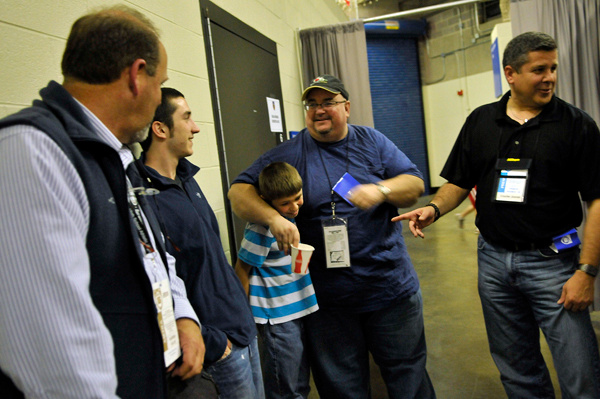 Cameron gets to talk smack with his favorite Associated Press photographer James Crisp, as Herald-Leader photographer Charles Bertram, Austin, and I look on. 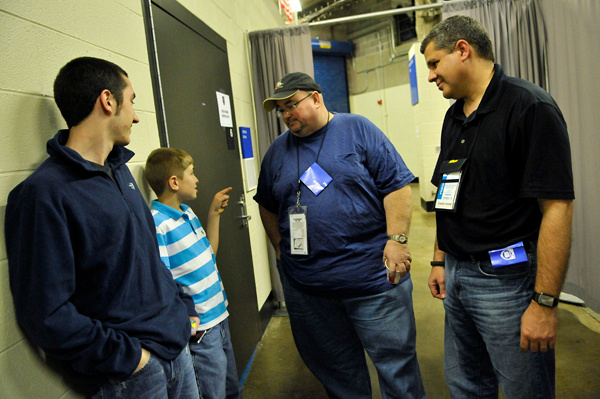 Cameron gets to talk smack with his favorite Associated Press photographer James Crisp. 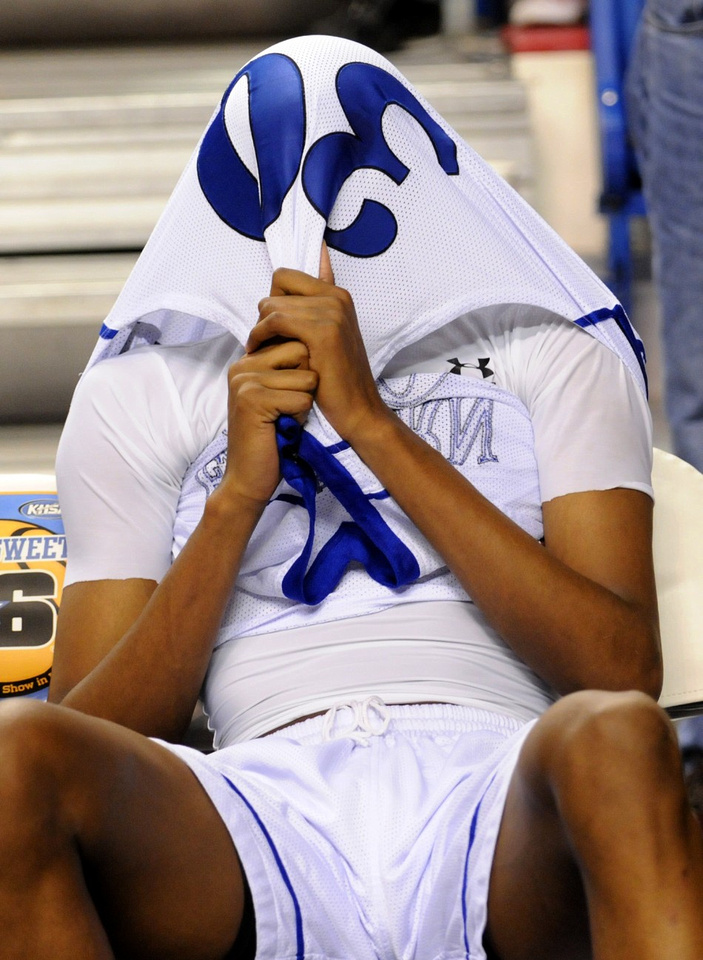 Kameron Woods sat in disbelief after heavily-favored Eastern was knocked out by Anthony Hickey and Christian County. 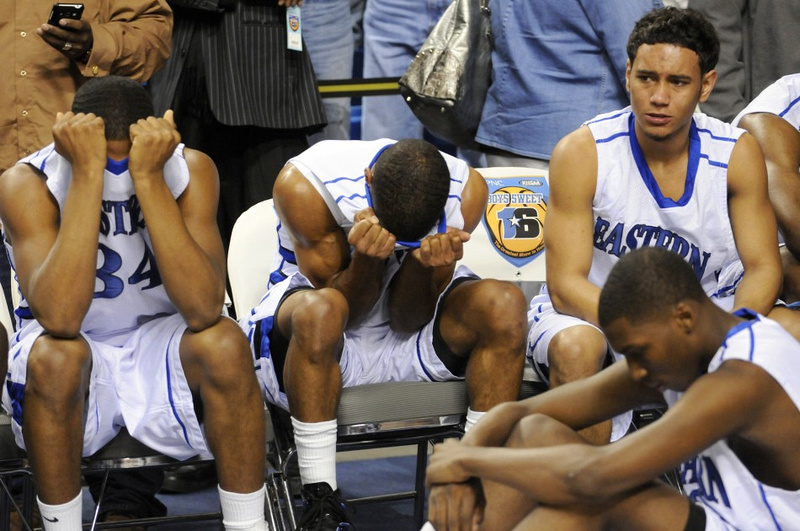 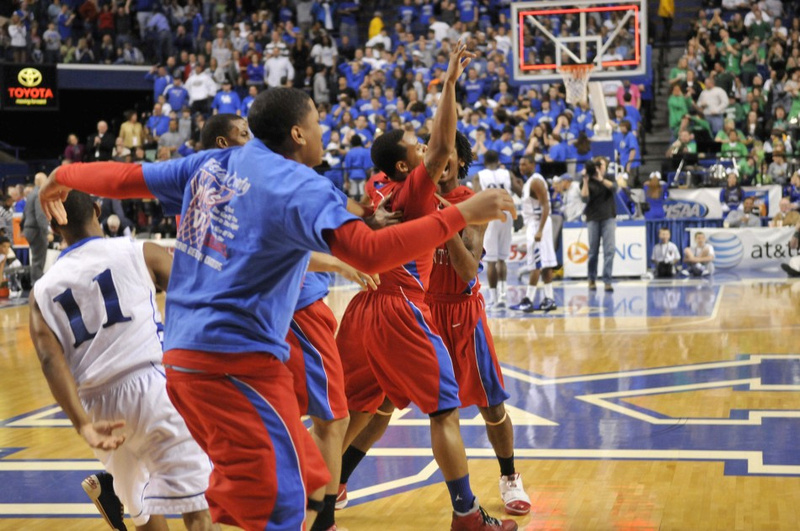 Christian County celebrated after beating Eastern in the semi finals on Saturday morning. 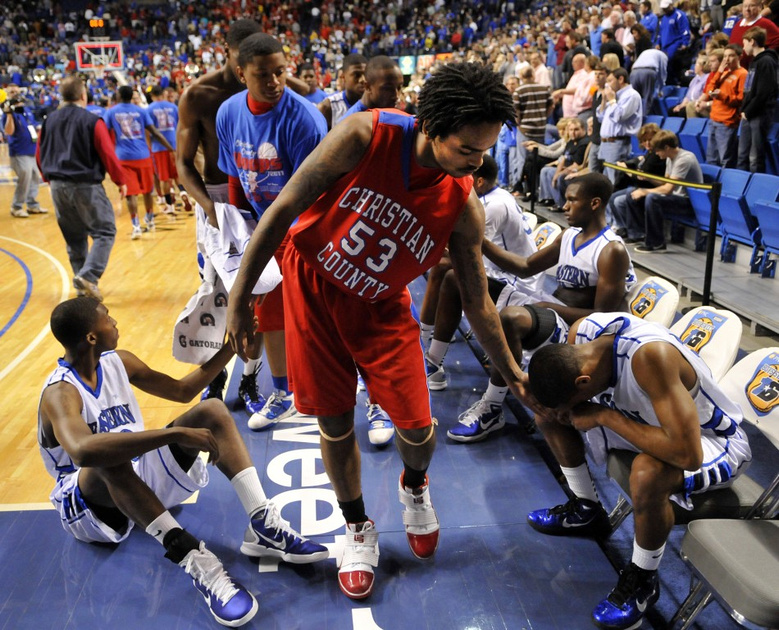 Christian County's Kenyon Wheeler consoles the Eastern team after knocking off the top team in the semi finals.Christian County piles on the floor after their big upset on Saturday morning.