One of the most fulfilling assignments that I’ve ever had was with a group of World War II veterans from Kentucky back in October. The Honor Flight program takes vets, totally free of charge, from all over the country, to Washington D.C. to see the World War II, Korean, and Iwo Jima Memorials. Civilians and service men and women came out at all of our stops to thank the men and women who saved the world in 1945. Our World War II vets are leaving us at a fast rate. They were able to defeat Hitler and Tojo, but they can’t escape time.

Just by lucky chance, the University of Louisville LaCrosse team was on the flight back with us from Baltimore after playing Temple. It was such a neat contrast seeing these young girls 19 and 20 years old genuinely taking an interest in these men who are in their late 80s, and even one young man who was 95. But nothing could prepare us for the parade and reception of over a hundred people that awaited us in the Louisville airport when we returned late that night. Words and photographs will fail to do it justice when Kentucky Living runs this article in time for Memorial Day next May. 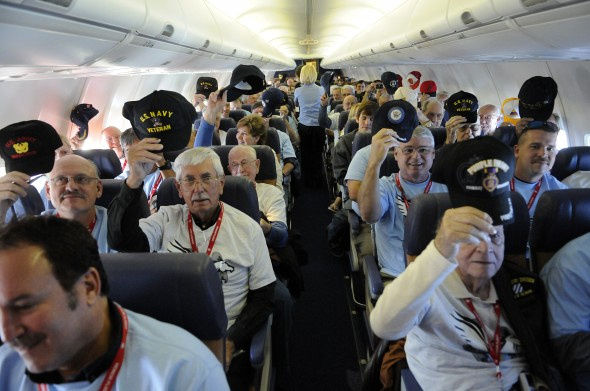 Flying out of Louisville, bound for Baltimore, then on into DC 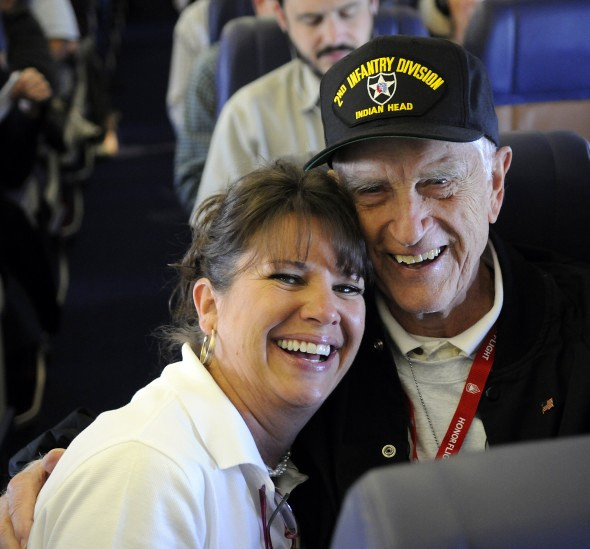 I found out that these guys weren't too old to flirt. Actually they were quiet good at it! 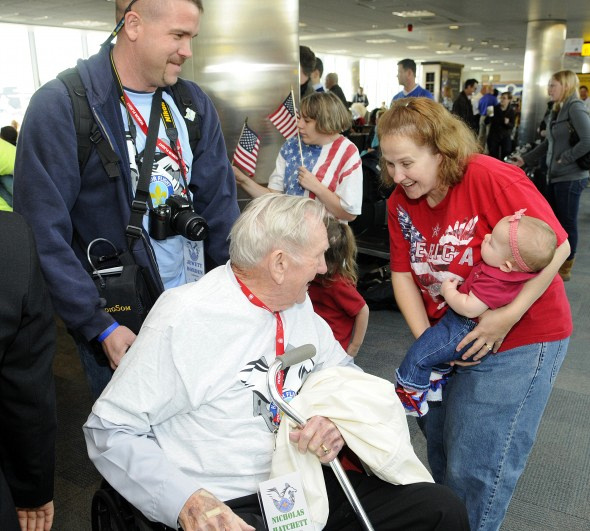 A warm reception at the Baltimore airport 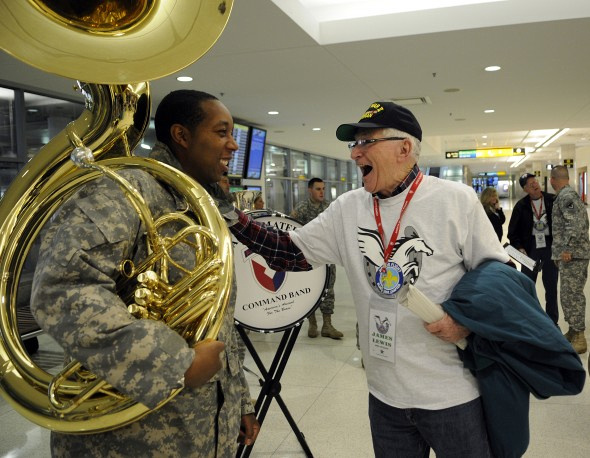 The Army Band from nearby Ft. Meade played God Bless America in the Baltimore terminal. 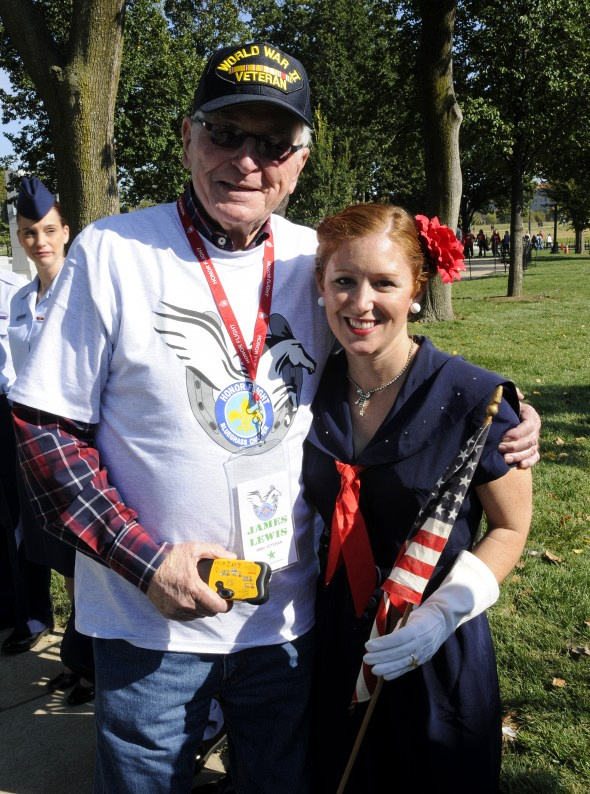 The reception line at the WWII Memorial with a soldier's wife dressed in her throw back dress and gloves. 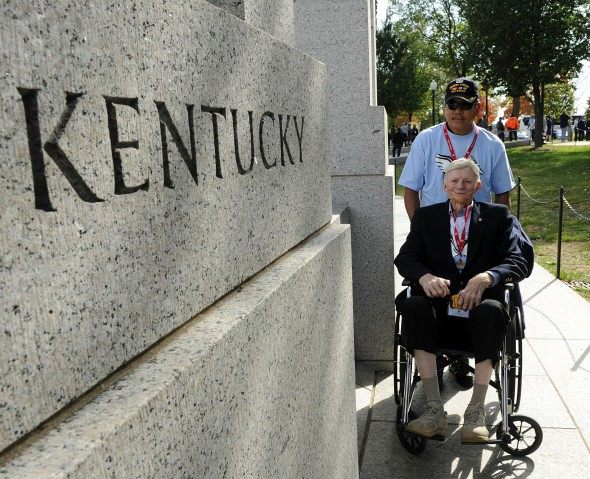 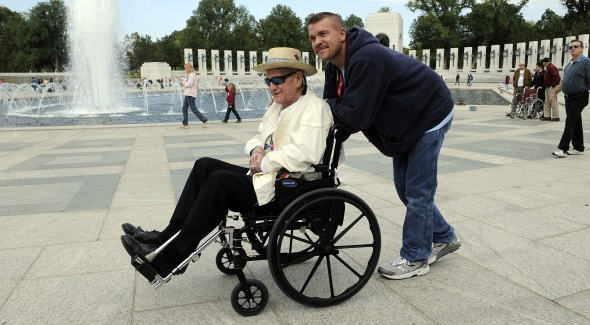 Cruising around the WWII Memorial 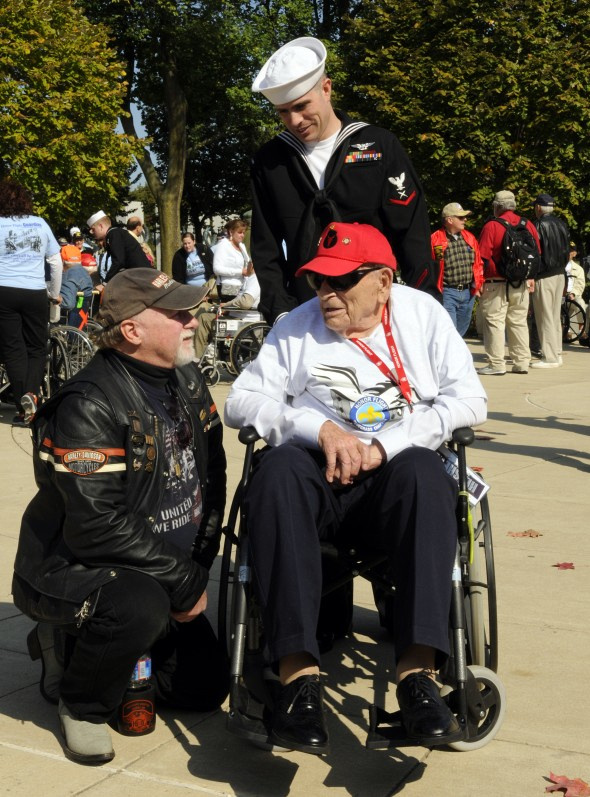 The local servicemen really step up each weekend for the Honor Flight program. 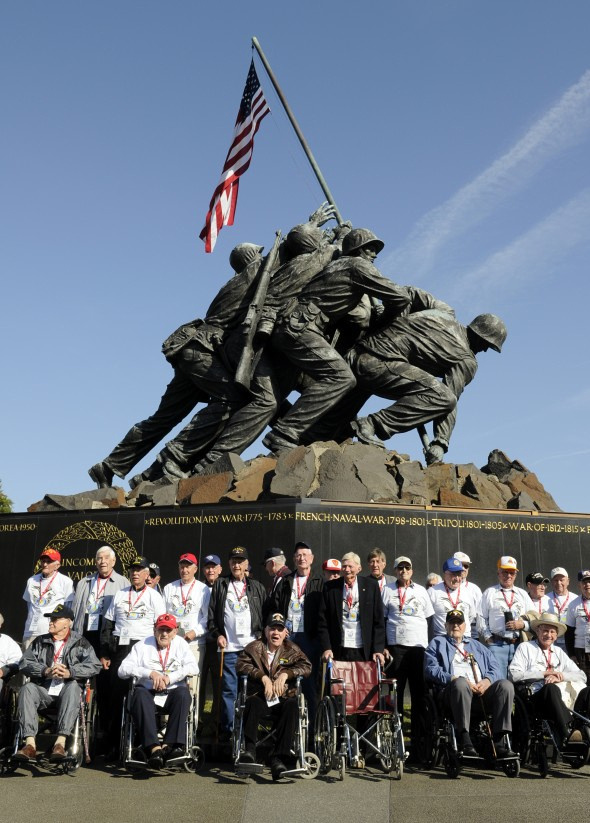 Raising the flag one last time. 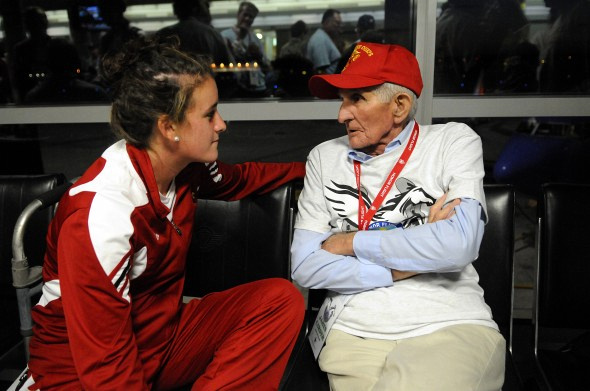 Picking up chics in the airport 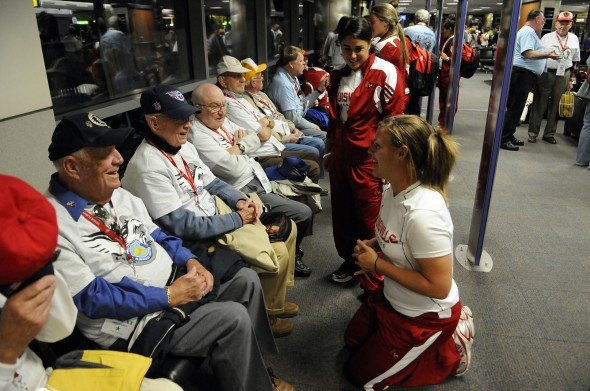 The men with the U of L LaCrosse Team 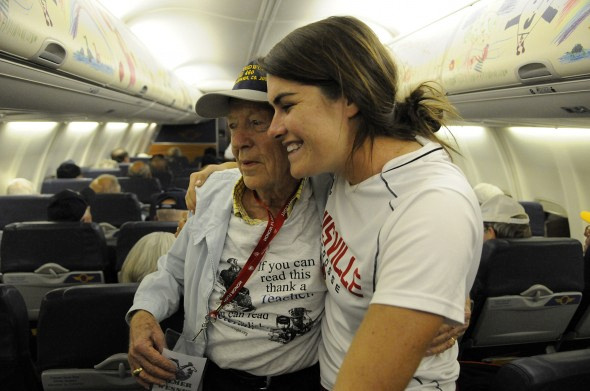 The LaCrosse girls were a real treat for the vets!!! 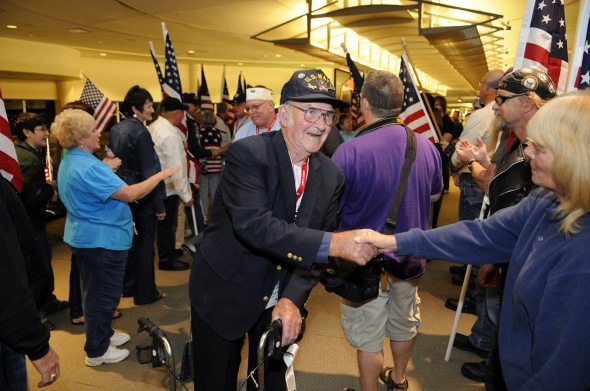 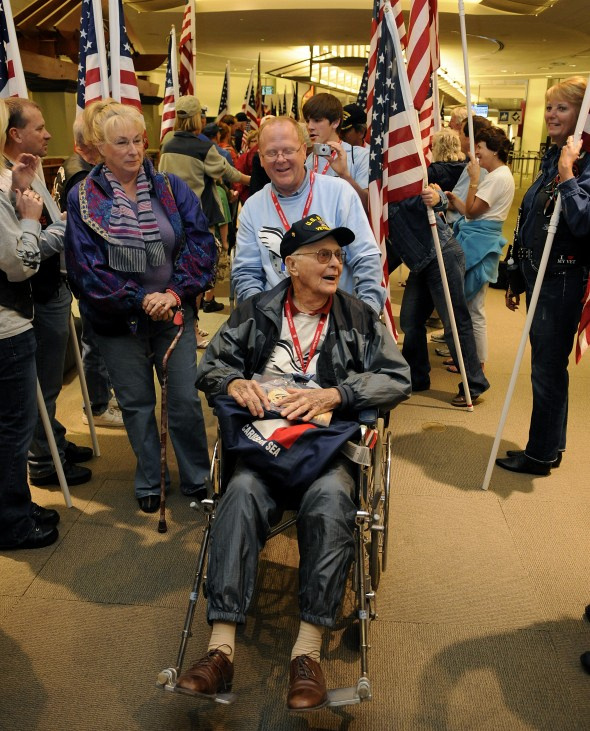 Back home in Louisville