My colleague Michael Clevenger of the Louisville Courier-Journal recently challenged several of us to post some of our better nature photography on Facebook. I want to thank Michael for nudging me and others in our small photography community to dig out some of our nature stuff, because really we're all people photographers, which is what made this fun. Some of my friends thought I was nominated for a really prestigious award, but it was just Facebook fun, which is something we can all use. Here is what I posted during the 7-day challenge. 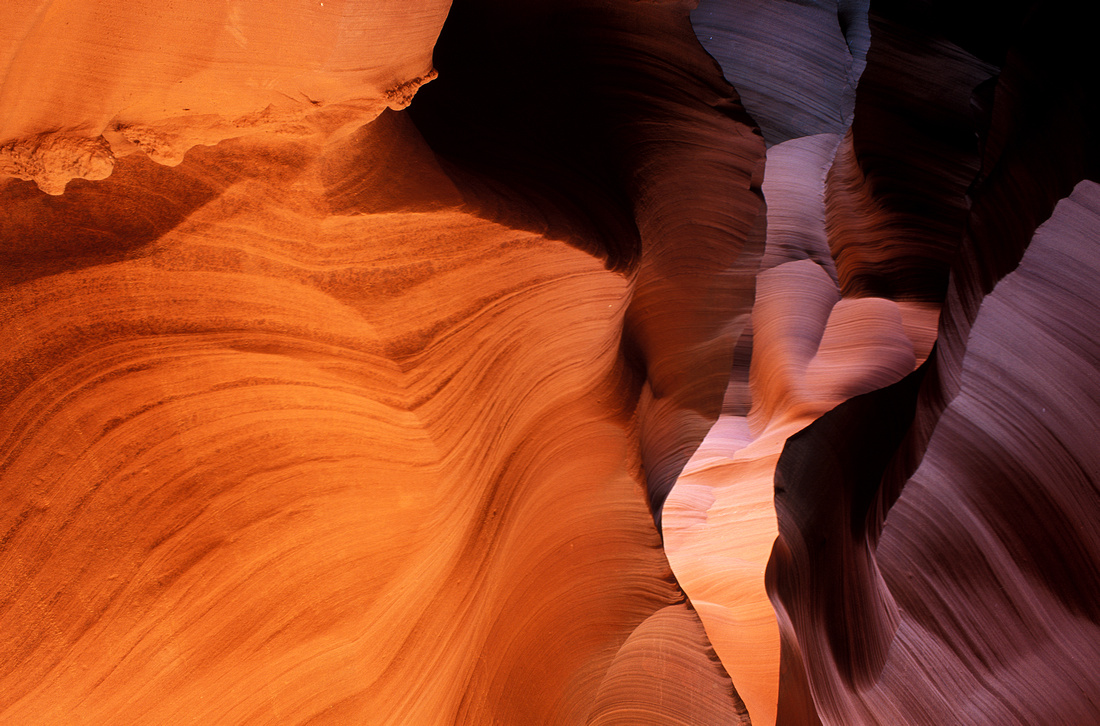 Day 1: Antelope Canyon, June 2001. I've been fortunate to photograph the American Southwest several times. The slot canyons of Page, Arizona are one of my favorites. You're walking out in the middle of the desert and then drop down into a hole in the ground. The color and light are awesome. 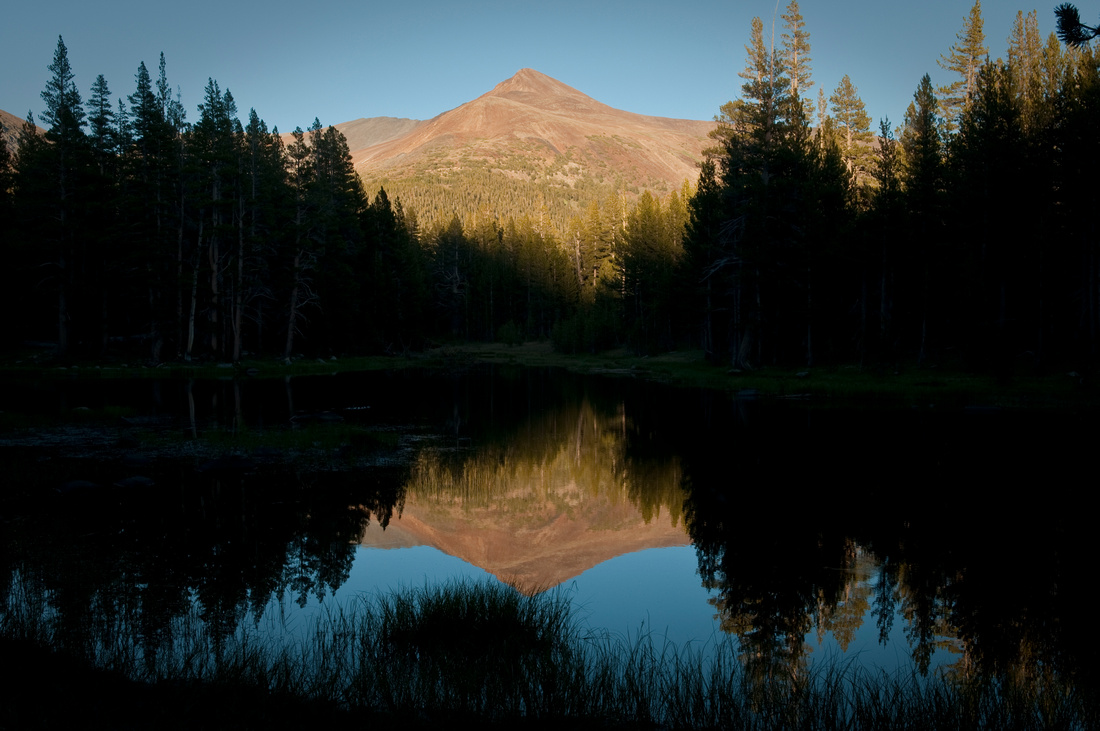 Day 2: Yosemite National Park, July 2012. While our family was on a 30-day RV trip across the northern part of the United States, Natalie Webb and I detached the van took a quick side trip to Yosemite. I've always been a huge fan of Ansel Adams, so going to visit his studio in Yosemite was definitely a bucket list trip. We were there in the middle of the day, and the light was horrible on most of the places that Adams made famous, but as we were leaving the park that evening I found this really cool sunset shot. I hope to make it back and spend more time there in the future. 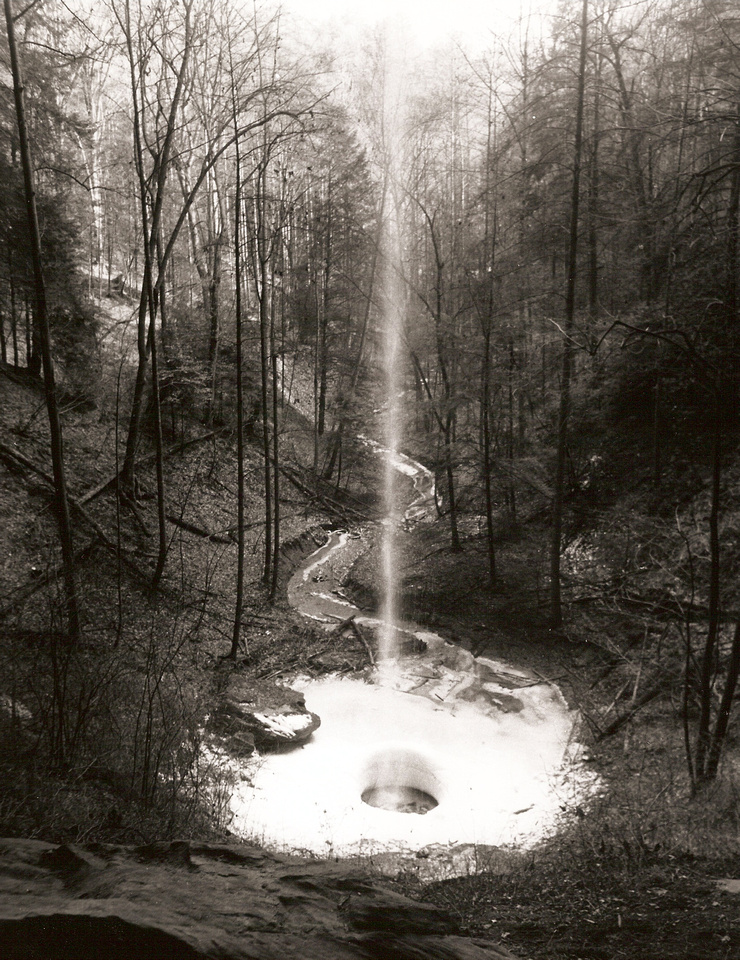 Day 3: Torrent Falls, Wolfe County, February 26, 1989. This one goes way back. This was one of the first good photos that I ever took, or that I at least considered a wall hanger. I was shooting pictures for my photography class at Georgetown College, and everything on the contact sheet for this roll of film (for those of you born after 1995, feel free to look up what film is on Wikipedia) was junk, either over exposed or underexposed. But there was this one good picture in the middle of the roll. I was like, "Holy Crap! How did that get there?" Torrent Falls forms a really cool ice-wall several feet tall when the temperatures drop below freezing for several days. I shot it from behind the falls. I remember the exact date because later that night I went to Rupp Arena and saw Bon Jovi in concert. With words like Bon Jovi and film, I've really dated myself. 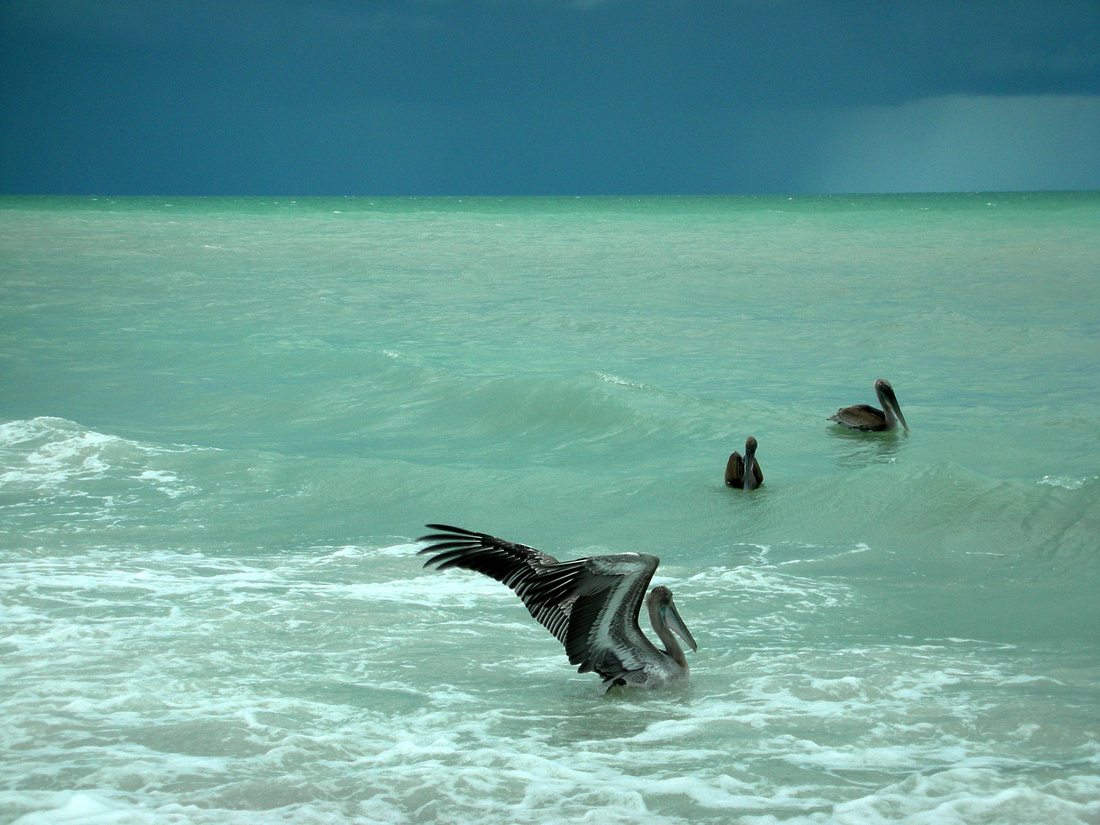 Day 4: Indian Shores, Florida, July 7, 2006. When ever a thunderstorm rolls in on your beach vacation, there's only one thing to do...go inside and take a nap! But, before nap time, I hung out with the pelicans and grabbed few shots as this storm was coming in across the water. 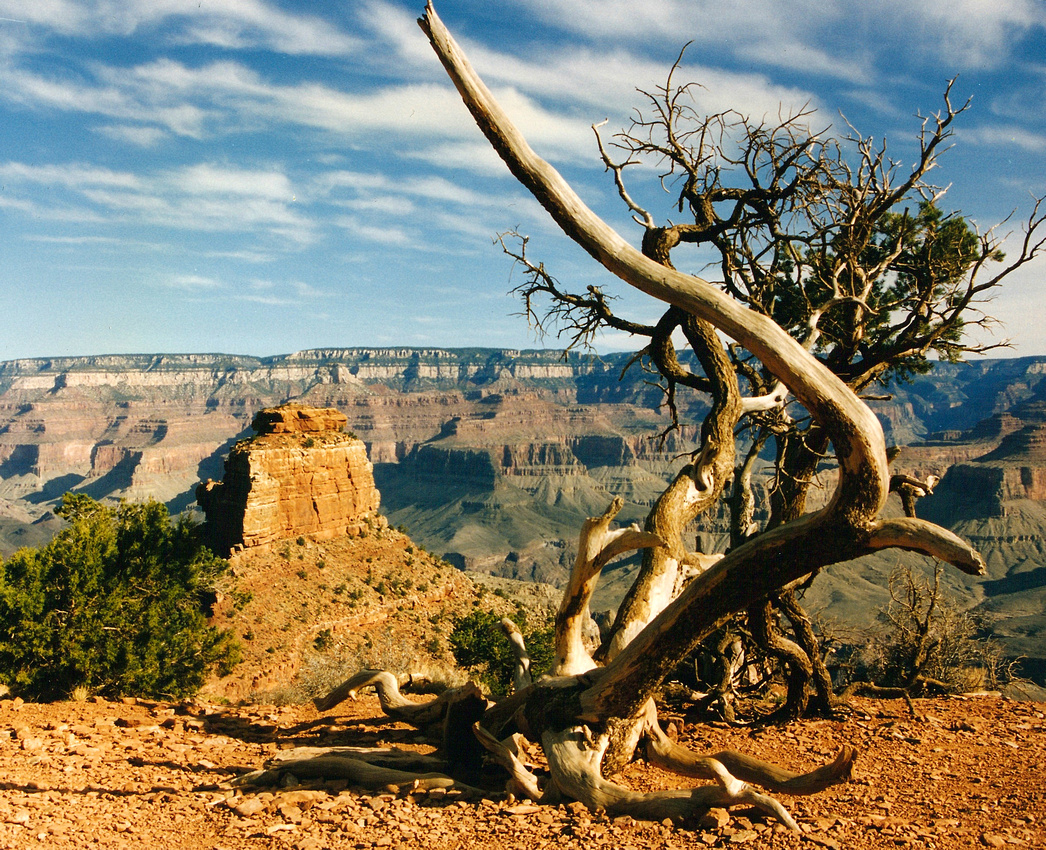 Day 5: Grand Canyon, Arizona, March 1996. One of the highlights of my life was three backpacking trips to the Grand Canyon during the mid-1990s. They were sponsored as EKU wellness trips and lead by former EKU professor Wayne Jennings. We would drop over on Sunday morning smelling good, and hike back out Thursday, stinking really bad. My Dad went with me on the first trip in 1996. Mom and Dad both made the second trip in 1997. Natalie Webb was set to go in 1997, but was pregnant with our first child Nolan Webb. All four of us made the third trip in 1999, as Dad and I went rim to rim that year. I'm very proud to say that I've hiked over 100 miles in the Grand Canyon. But the best part of all, was making and meeting a lot of life-long friends from the group of people that went on these trips.

This was one of the first photos that I took actually down in the Canyon, along the South Kaibab Trail, March of 1996. 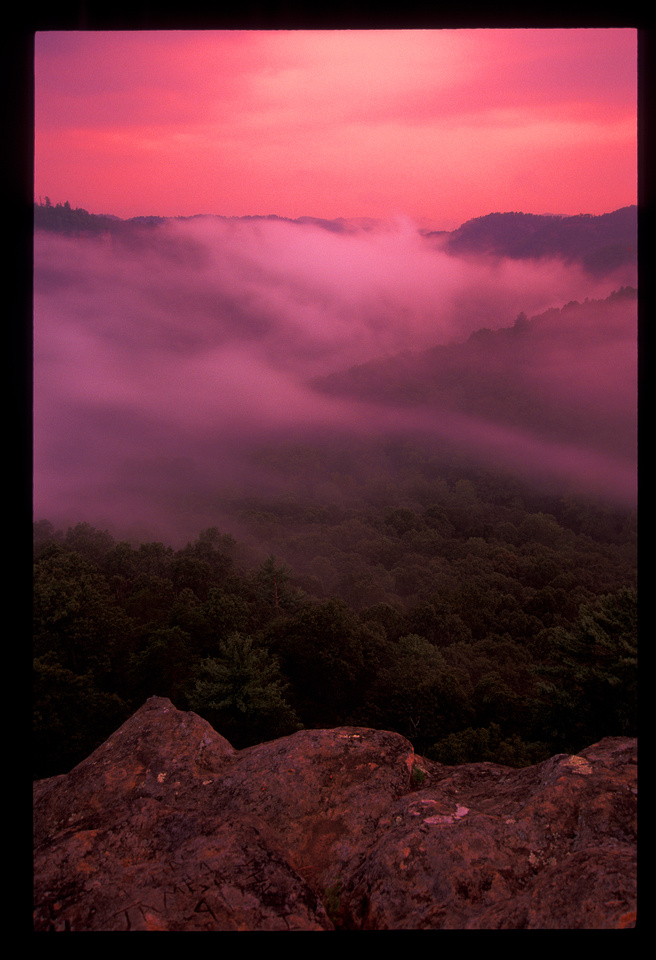 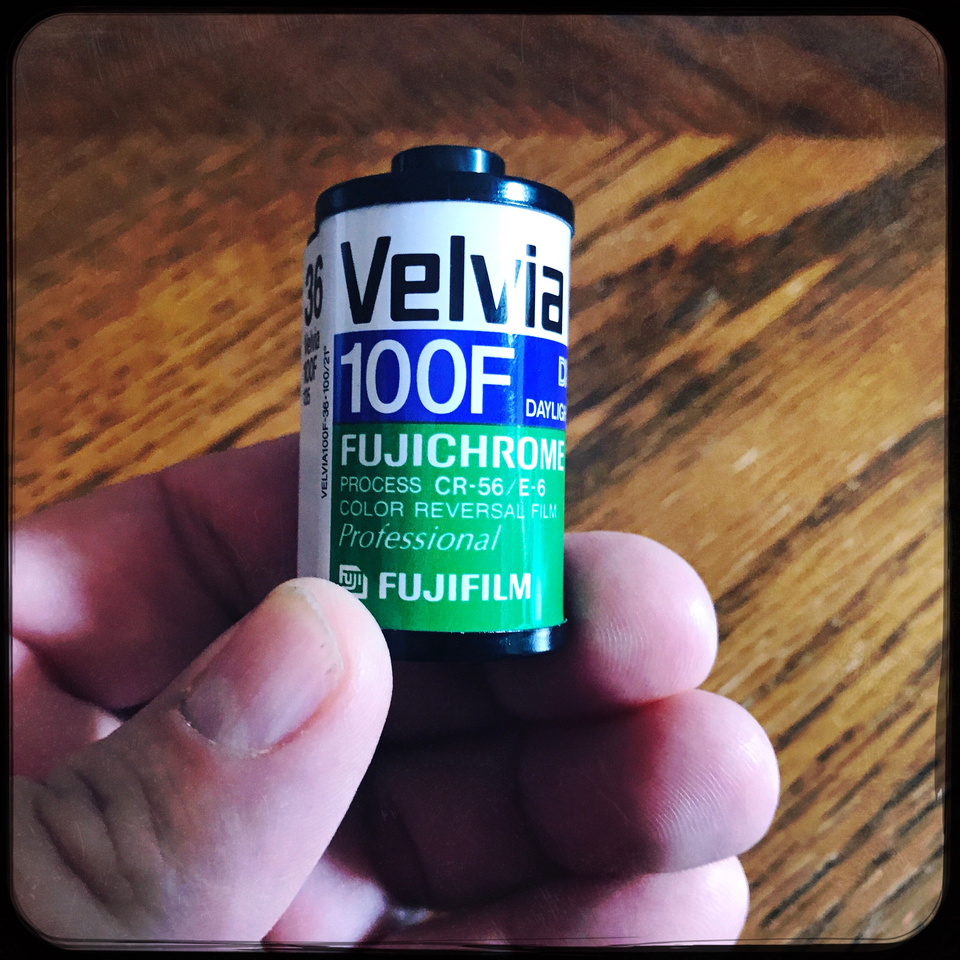 A nature photography challenge wouldn't be complete without a photo from the Red River Gorge. The funny thing is, I grew up not from there in Clay City but hardly ever went when I was younger. Then after I moved to Richmond I spent a few years going back and photographing it whenever I could. I shot that whole project on slide film, so technically it was the last time I ever used film. The last day I shot up there, April 21, 2006, I had half of a role left in my camera, so I decided to keep it instead of developing it, since I knew it would probably be my last roll of film ever, and it was.

One of the golden rules of nature photography is that bad weather makes for great pictures. I went to the Gorge one evening with my friends Chris Radcliffe and Karen Lynn. Right as we got on the Mountain Parkway it started raining. We went on and when it finally quit raining a big heavy fog set in. I shot it pretty hard, then packed up to go back to the car. Then out of nowhere, as the sun set, all of the white fog turned pink. It only lasted a few minutes, and I don't think I have ever unpacked my equipment as fast as I did that night because I knew it wouldn't last long. 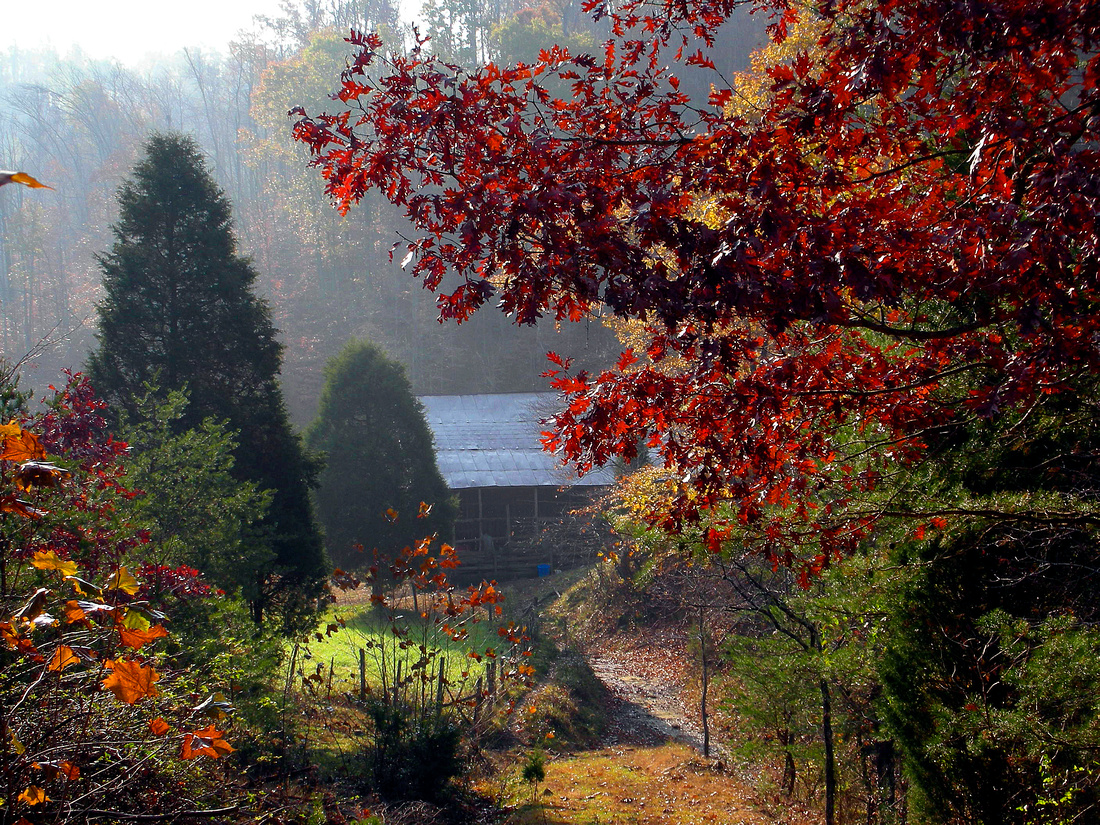 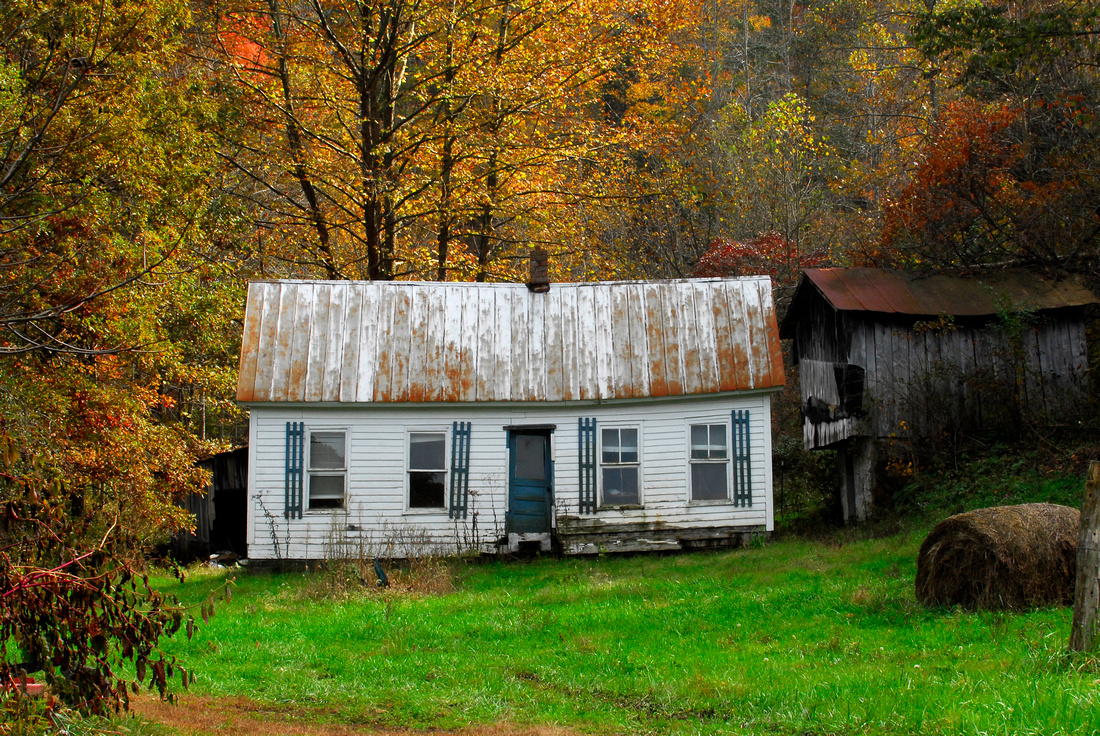 Day 7: McGlone Creek, Carter County. I saved my favorite place for the last day. This is my farm in Carter County, where my Mom and her four brothers were raised (technically they lived up the road, but in my eyes it's all the same farm.) The little house is where my grandfather was raised, and is now my deer-hunting shack, where we stand around eating bologna sandwiches and Vienna Sausages, and laugh at the same old deer stories that we told last year, and the year before that. Somebody once commented that this picture reminded them of the Little House on the Prairie. I'll take that!

The second photo is actually on my uncle's portion of the farm, but it's good example of how a bad day deer hunting can always be salvaged with a photograph. I don't think I have ever been hunting without a camera.